This article is over 16 years, 2 months old
Up to 600,000 striking workers took to the streets of Australia last week in a massive rejection of the conservative government’s attack on union rights.
By David Glanz from Socialist Worker in Australia
Downloading PDF. Please wait...
Saturday 26 November 2005

Up to 600,000 striking workers took to the streets of Australia last week in a massive rejection of the conservative government’s attack on union rights.

Speeches from the gigantic demonstration in Melbourne were broadcast on satellite tele­vision to union rallies in every city and town.

Workers defied threats of sacking and fines to walk off the job. With the entire union movement on the streets, employers were powerless.

Greg Combet, secretary of the ACTU, the equivalent of the TUC, declared he would rather go to jail than pay fines under new industrial relations laws.

The mobilisation is a huge blow to the only government other than Tony Blair’s which committed troops to George Bush’s invasion of Iraq in 2003.

Personal support for Howard — hailed by Bush as a “man of steel” — is at its lowest in more than four years.

While the Labour Party opposition has meekly tailed the Liberals’ attacks on civil liberties in the wake of the London and Bali bombings, the union movement has shown how Howard is vulnerable to a fightback.

In Melbourne, where 250,000 jammed the city centre, the atmosphere was electric.

All three car plants in the city struck, the waterfront and construction sites were closed and more than 140 schools shut, with a massive teacher presence on the march.

Postal workers stopped in larger numbers than on an earlier mass rally, despite Australia Post disciplining strikers who joined the 30 June protest.

Public transport workers refused to collect fares as trains and trams poured demonstrators into the city.

In Sydney there were big turnouts of workers in the service, manufacturing, construction and warehousing sectors.

A feeder march of 1,000 University of Sydney staff joined the city rally.

Transport workers used their trucks to block a motorway, chanting, “Johnny Howard is his name, sweatshop on wheels is his game.”

The rallies were a huge rejection of Howard’s neo-liberal agenda, which has seen economic growth and soaring fat cat salaries alongside a growing gap between rich and poor and increasing social insecurity.

As a maintenance worker told the Australian Socialist Worker, “I joined Qantas for job security.

“Now we don’t have any — and that’s at one of the biggest employers in Australia.”

The Howard government has spent nine years slashing public education and health to fund tax cuts for the rich. Casualisation rates have soared and there is widespread hidden underemployment.

The government is preparing new attacks on disability benefits, pensioners and single parents that could see £50 stripped from weekly payments.

Meanwhile the Liberals have taken Australia to war in Afghanistan and Iraq, while extending military domination of the South Pacific, with troops or police deployed in East Timor, the Solomons and Papua New Guinea.

Now the Liberals are attempting to roll back 100 years of union gains by giving employers the power to walk away from collective agreements and impose individual contracts.

They have already passed legislation specifically aimed at the militant construction unions which threatens construction workers with jail for refusing to speak to government investigators.

The unemployed will be forced to take low paid jobs or be cut off the dole.

Howard masked his earlier attacks with racism over refugees and hysteria over the “war on terror”. But this time he has gone too far.

Despite the government spending £20 million on advertising to sell its new industrial relations law, there is overwhelming opposition.

Last week’s rallies were the biggest union mobilisation in more than 40 years.

The unions have massive public support, with even the Murdoch press carrying letters pages full of cynical comments.

Many workers want to fight on. As Liz, a university worker in Sydney, said, “We should all go back to our workplaces and bring five more people next time.”

There are worrying signs that the ACTU will wind down the action in favour of a two-year publicity campaign for Labour leading up to the next election.

But with some employers likely to use the new law to launch an offensive after the Christmas break, the fightback is likely to flare again long before polling day.

Did Australians back the queen? 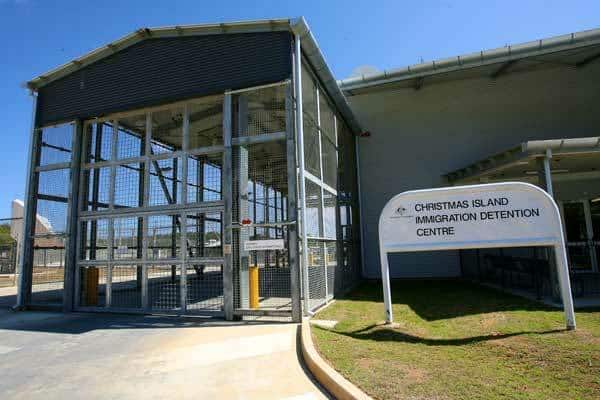 Pressure on Bush’s other ‘deputy sheriff’