Bahrain builders down their tools

This article is over 13 years, 11 months old
A wave of strikes and occupations is sweeping the Gulf state of Bahrain. In the latest strike construction workers downed tools and refused to leave their labour camp.
Downloading PDF. Please wait...
Tuesday 19 February 2008

A wave of strikes and occupations is sweeping the Gulf state of Bahrain. In the latest strike construction workers downed tools and refused to leave their labour camp.

The workers are mainly from South Asia and work on prestigious development projects such as The Pearl Of Bahrain – a series of man made islands in the shape of a pearl necklace.

The workers earn a basic £77 per month and are demanding the minimum wage of £135. The employers have been forced to raise wages by £20 and review conditions in the labour camps.

The latest strike began after 1,300 workers refused to board buses that transfer them to the building sites. The company called in riot police who surrounded the camps. A second labour camp joined the strike as news of the dispute spread.

The government threatened to deport “troublemakers”.

Earlier this month 750 workers won a strike for higher wages. Strikes have now forced five major bulding contractors to give in to workers’ demands.

Although the deal is well short of the £135 demanded, these disputes have shown a new level of militancy among foreign workers in Gulf states. 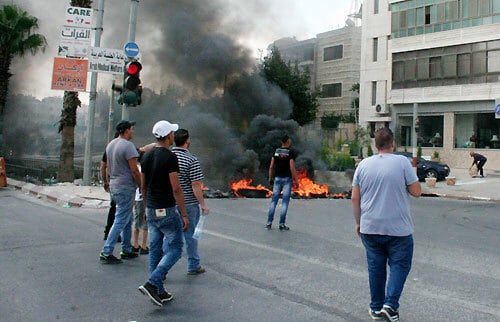 General strike under way in Bangladesh