Bahrain: Protests for democracy defy the ‘Formula of Blood’

This article is over 9 years, 2 months old
Yusur Al Bahrani looks how the arrival of the Formula One Grand Prix in Bahrain has sparked off a new round of protests
Downloading PDF. Please wait...
Tuesday 23 April 2013

Thousands of outraged protesters could not stop the controversial Formula One Grand Prix in Bahrain.

But they have exposed the brutality of the regime and attracted global attention.

The Bahraini government tried to use the race to paper over grave ongoing human rights abuses.

Thousands took to the streets in a series of protests a week prior to the race and during it, under the slogan “democracy is our right”.

Since then the government has increased its crackdown on peaceful protesters, activists and ordinary people.

People in Bahrain call the race “Formula of Blood”.

Many protested peacefully. Formula One organisers have shamelessly ignored the concerns of people in Bahrain.

But the meeting never took place.

The opposition wanted to explain the rightful demands of the people in Bahrain that Formula One organisers ignored.

On 20 April, protesters tried to march to the Pearl Roundabout, which is known as Martyrs’ Roundabout.

Tens were arrested and injured. Government forces then raided homes hunting for activists.

Alaa Shehabi is a Bahraini woman activist who posted on Twitter about her horrific experience during the day.

She wrote, “Police have locked us up in a room. Women beaten up. Used CSS Spray (tear gas). Can hear screams upstairs. Shooting from upstairs.”

Revolutionary youths bought Formula One tickets and burnt them during protests.

Some youths burned tyres and filled the skies with black smoke that was captured by the cameras during the race.

The government of Bahrain considers burning tyres a terrorist act.

Yet it is the one of the few means of peaceful resistance for angry young protesters.

Minors have been detained, tried, and given harsh sentences under an anti-terrorism law that criminalises young protesters who burn tyres or block roads.

Nabeel Rajab, the president of Bahrain Centre for Human Rights, said during last year’s Formula One, “We would prefer if it they didn’t take part.

“I am sure the drivers and teams respect human rights.”

He is now serving a two?year sentence for peacefully exercising his right of freedom of expression.

Shockingly, Ecclestone said to journalists last Saturday, “I keep asking people, ‘What human rights?’ I don’t know what they are… The rights are that people who live in the country abide by the laws of the country, whatever they are.”

He said, “This weekend is really about sport”.

Now the “sport” weekend is over, but people in Bahrain continue their battle for democracy.

Hundreds have been imprisoned, while major opposition figures had their citizenships stripped.

We can help ordinary people in Bahrain by exposing the hypocrisy of the Western governments that back Al-Khalifa regime. 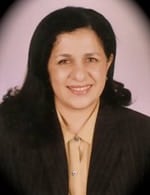 Bahraini nurse: 'Keep up the pressure - make the government drop the charges'