The Spanish state is trying to prevent people in Catalonia from voting in a referendum on Catalan independence on 1 October.

The minority government of conservative prime minister Mariano Rajoy announced last week that it was taking direct control of the Catalan government’s finances.

This could be a move towards the suspension of Catalan autonomy.

Rajoy’s government obtained lightning decisions by the Spanish constitutional court overturning the laws agreed in the Catalan parliament on the referendum and its outcome.

Campaigning began last week after a million-strong demonstration for independence.

Within days the Spanish authorities had made legal threats against all those involved in carrying out the referendum, from the top politicians through to ordinary workers.

They issued summons to 750 mayors for allowing council premises to be used as polling stations.

The post office has blocked the delivery of thousands of copies of the magazine published by one of the main pro-independence movements, Omnium Cultural.

The Spanish authorities have banned meetings concerning the referendum, including solidarity meetings in Madrid and other cities.

Street stalls campaigning for a Yes vote have had their material seized and activists have been asked to show their documentation. Police are ripping down campaign posters.

But more and more people are rightly disobeying the law, the police and the state.

Police raids have been met by urgent protests of hundreds of jeering people waving ballot papers they’d printed off at home. Banned meetings are going ahead, sometimes in a different venue.

The Catalan president tweeted instructions on consulting the latest official referendum website via a proxy server. Copies of the site are popping up faster than the authorities can ban them.

This all puts the authority of the state into question even more than an agreed referendum would.

The referendum follows many years of massive protests, with at least seven demonstrations of a million or more people in a country of 7.5 million.

It also follows several attempts by Catalonia to agree a reformed status within Spain, all blocked by the Madrid government.

Some 80 percent of the Catalan population are in favour of the referendum.

Around half of them are in favour of independence. The rest are divided between those who support the status quo and those who prefer a federal solution—an option ruled out by Madrid.

Some on the Spanish left, notably the leaders of the Labour-type Socialist party PSOE, accept Rajoy’s attack on democracy. Podemos and United Left refused to recognise the referendum but are now speaking out against the repression.

Some MPs linked to this coalition were applauded to the rooftops by the Spanish right when they viciously attacked the referendum in the Catalan parliament. But 60 percent of its activists voted to support the referendum in an internal consultation.

The battle is on to defend the referendum—and make to independence about building a different kind of Catalonia, not just changing one flag for another.

This will have to include the organisation and activity of the workers in the post office, printing companies, in the schools and other buildings where the ballot will be carried out.

There are strong arguments for a protest strike in Catalonia against the repression. The left internationally, and especially in the rest of the Spanish state, should step up solidarity.

If we win through mass mobilisation, we will be better placed for the battles to come.

David Karvala is one of the speakers at a public meeting: Solidarity with Catalonia: should the Left support independence? this Thursday, 21 September, 7pm, London Welsh Centre, 157-163 Gray’s Inn Road, London, WC1X 8UE. Hosted by the Socialist Workers Party and CUP Exterior.

Alarmingly, the racist Alternative for Germany (AfD) is likely to pass the 5 percent threshold to enter parliament.

It would become the first far right party to do so since the Second World War.

The Labour-type SPD has been Merkel’s coalition partner since 2013, limiting its ability to criticise her free market reforms.

It has organised against the right and in solidarity with workers’ struggles, though sadly sections of its leadership have echoed the right’s rhetoric around refugees. 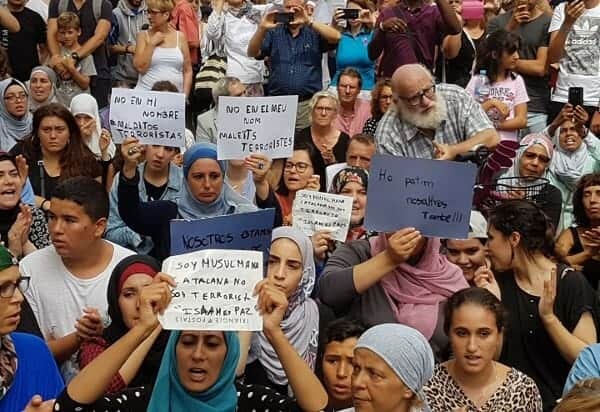 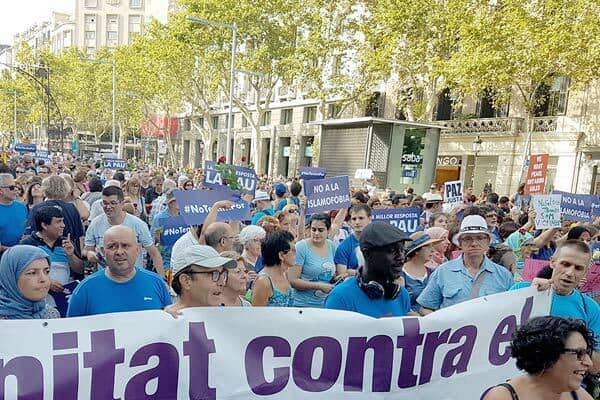 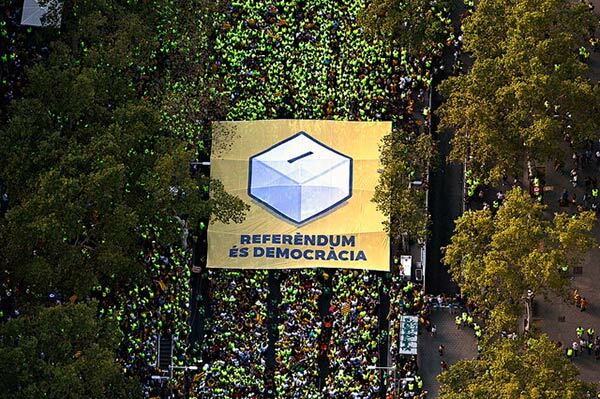 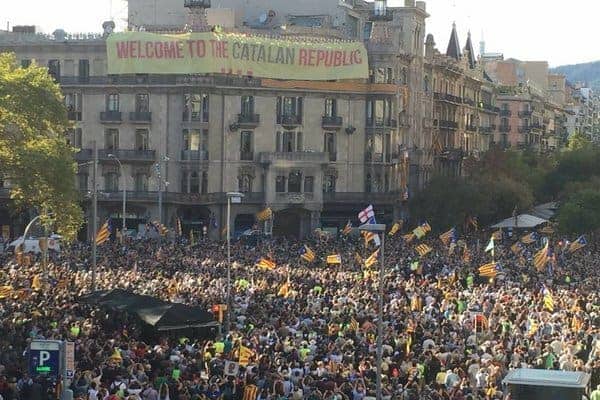