India is in the grip of a Covid-19 storm that is killing more than 2,000 people a day. But for the country’s two leading drugs firms this is not a time for mourning—it’s a time to cash in.

Big pharma bosses are demanding the government lifts its price caps on their coronavirus vaccines so that they can make what they openly describe as “super profits”.

The result will be that vaccines are set to become hugely more expensive, with some prices shooting up by nearly 700 percent.

For hundreds of millions of poor people that will mean being priced out of the jab. And being far more likely to get sick or even die as a result.

Yet the hard right government of Narendra Modi this week agreed to the bosses’ terms.

But the supply of inoculations has been patchy, with the numbers being jabbed in recent weeks falling dramatically. The pharma firms say that this problem could be solved by liberalising vaccine prices.

The Serum Institute sells its Covishield vaccine to the government for £1.43 per dose, while Bharat Biotech sells its Covaxin for £1.96.

But Serum Institute boss Adar Poonawalla thinks he should be making for more—at least £9.53, he says.

Speaking about the current price, he said, “Is it still profitable today, on a per dose basis? Yes, absolutely.”

But he quickly added, “I would not say we are not making any profits, but we have sacrificed what we call super profits.”

Poonawalla said he would be content with normal profits, but only for a “temporary period”. On super profits, he said, “We can always make those profits after a few months.”

The firms have now agreed that some 300 million doses—enough to cover just the most vulnerable people with two doses—will be sold at the original price. But that all doses after that will be charged at the “market rate”.

The market rate in India currently varies from £14 per dose for Pfizer to £7.20 for Johnson & Johnson. Poonawalla is looking to get about 1,000 rupees, just under £10, for his product.

The pharmaceutical companies are engaged in a crude play for profits but for the Modi government the game is different.

It wants to shift the blame for the country’s failing vaccination programme away from Modi and on to local state governments. These are unlikely to be able to subsidise vaccine prices to any great extent.

Those that hoped that capitalism in the Global South might come to the world’s rescue and to be sorely disappointed. 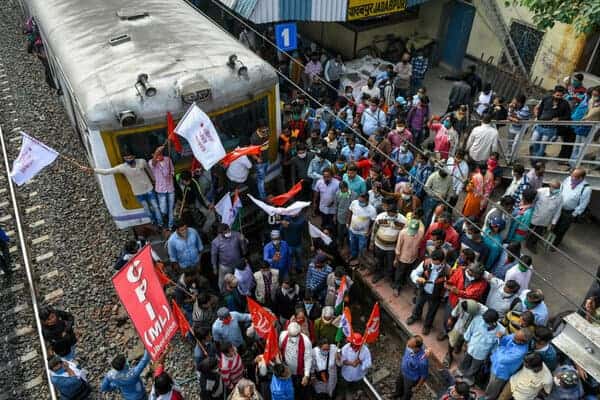