The political crisis between the government of the Spanish state and Catalonia has deepened again.

Prime minister Mariano Rajoy announced on Thursday that he will seek to suspend Catalonia’s autonomy.

Rajoy had demanded that Catalan president Carles Puigdemont categorically rule out any declaration of independence following the referendum on 1 October which backed separation.

Puigdemont wrote back that “The suspension [of the independence declaration] is still in place”. But this was not enough for Rajoy.

At a special caninet meeting on Saturday the Spanish government will begin the process of implementing Article 155 of the 1978 constitution that can be used to suspend the autonomy of Catalonia.

This requires a formal process and a vote in the Senate, the Spanish state’s upper house. Most Senate members are elected by an undemocratic method where each province elects four senators, regardless of population. Rajoy has a Senate majority, even though he does not have one in the Spanish equivalent of the House of Commons.

Rajoy is gambling that he can crush the Catalan movement. But that’s not inevitable.

On Tuesday 200,000 people marched in Barcelona to oppose the jailing of the leaders of the largest pro-independence organisations in Catalonia. Jordi Sanchez of the Catalan National Assembly (ANC) and Jordi Cuixart of Omnium Cultural—are accused of sedition after organising demonstrations in the run up to the referendum.

David Karvala from the revolutionary group Marx 21 says, “The political symbolism of jailing the leaders of the ANC and the Omnium Cultural for having participated in a peaceful protest (and having constantly encouraged them to be peaceful) is enormous.

“The authorities are saying that with their judicial and police power they can do whatever they want, just as they tried to do on the day of the referendum.

“The answer must be massive popular mobilisation as on referendum day. We must show that collectively we have more strength than them.”

A major demonstration had already been called for this Saturday demanding the release of the “two Jordis”. The turnout will be boosted by outrage at Rajoy’s attempts to remove Catalonian autonomy.

And in Barcelona, Girona and some other areas there are nightly “Cassoladas”—pot bangings in working class areas or outside strategic buildings.

Students are organsing for walkouts and mass protests.

Puigdemont’s strategy of holding back from an independence declaration, bargaining with Rajoy and pleading for negotiations has failed. Nor is the European Union going to intervene. The EU sees what is happening as an internal matter for the Spanish state to deal with—as repressively as it likes.

The best response to the threat of Article 155 would be strikes plus mass demonstrations—and a declaration of independence linked to a vision of a society that puts people before profit.

There are discussions about a coordinated strike involving at least three major union federations.

Meanwhile the Labour-type PSOE party, the main opposition party in the Spanish parliament, is assisting Rajoy.

The PSOE leader Pedro Sanchez said yesterday that, “The only possible path for Mr Puigdemont is to restore legality and, from a political point of view, move the elections forward.”

Rajoy has also suggested early Catalan elections in the hope that the pro-independence parties will lose their majority.

Saturday’s demonstration has to be big, and it must be backed with the power of workers to strike. 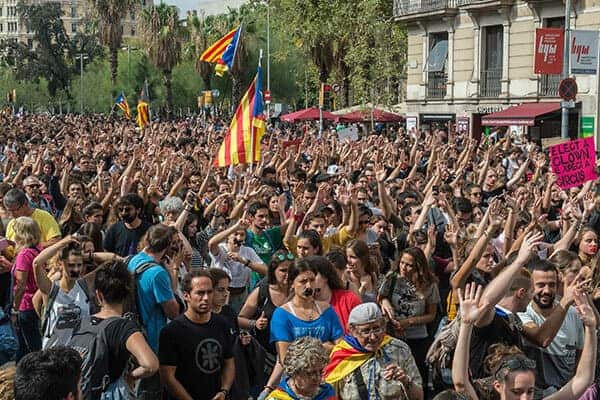 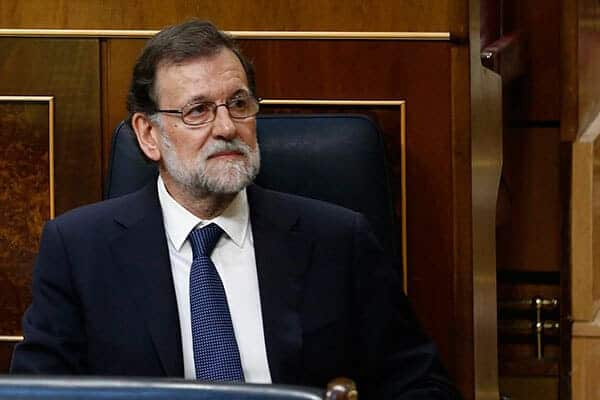 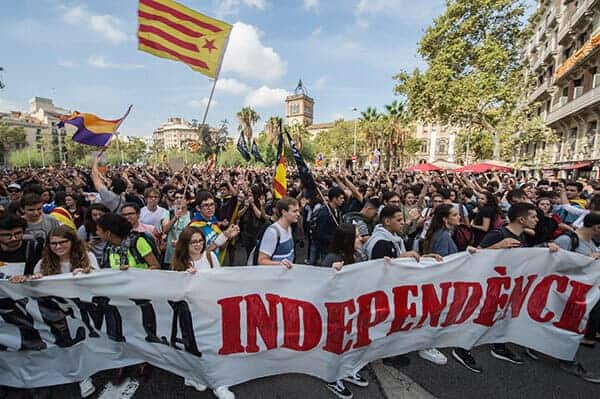 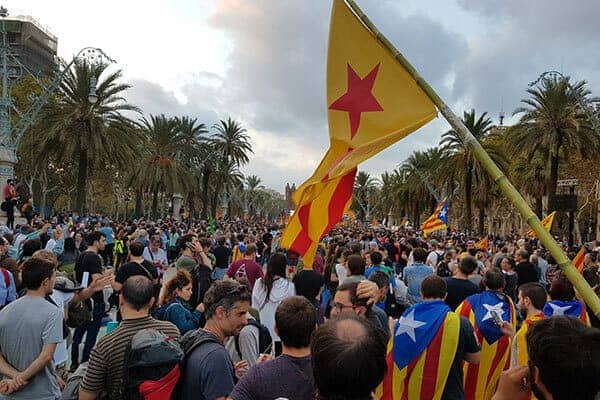 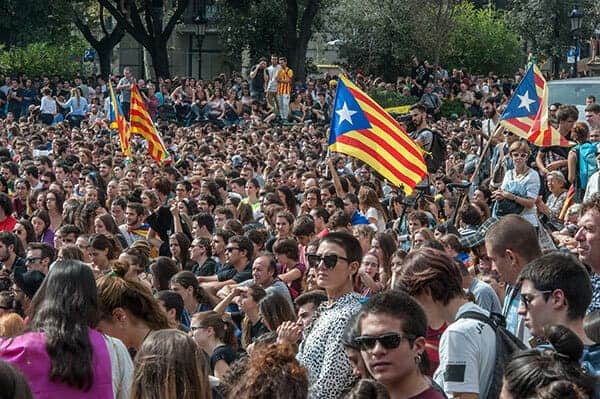