Cairo bus workers: ‘No deal, the strike goes on’

This article is over 10 years, 3 months old
Mass meetings in bus garages across Cairo were reported to have rejected a deal agreed between leaders of the independent union, the minister of labour and the management of the Public Transport Authority. This is according to a report in the Al-Ishtaraki newspaper on 28 September.
By Anne Alexander
Downloading PDF. Please wait...
Thursday 29 September 2011

Mass meetings in bus garages across Cairo were reported to have rejected a deal agreed between leaders of the independent union, the minister of labour and the management of the Public Transport Authority. This is according to a report in the Al-Ishtaraki newspaper on 28 September.

The deal was hammered out in a three-hour meeting the previous day. This saw the minister of labour, Ahmad al-Borai, storm out of the negotiations after one worker, Fuad Salih, accused the current government of following the same policies as the old regime.

In a heated exchange, Salih told the minister, “We were patient with the old regime for 30 years, and then they turned out to be a bunch of thieves.

“Now, Mr Minister, you want us to be patient again! Are you having a laugh?”

Al-Borai called security to throw Salih out of the room, but stormed out himself after others intervened to try and calm the situation down.

According to reports of the agreement released on 27 September, the Public Transport Authority and Ministry of Finance agreed to a timetable to study workers’ demands for improved pay, bonuses and conditions. They will also look into complaints about the poor condition of the bus fleet.

However, when independent union negotiators returned to mass meetings at the garages, the majority of strikers rejected the deal. They insisted that the strike continues until their demands are met.

The Revolutionary Socialists, who have been playing a key role in mobilising support for the strike, released a statement on 28 September. This said that they fully supported the decision of the mass meetings.

“The workers are the decision-makers, and no-one has the right to force them to end their strike before their demands are met.

“We want to emphasise that the strikers have already won a victory by forcing state officials to sit down and negotiate directly with them and make concessions, after having previously refused to talk and threatened the workers.

“What the Public Transport Authority workers have achieved so far confirms that they are on the verge of a final victory.” 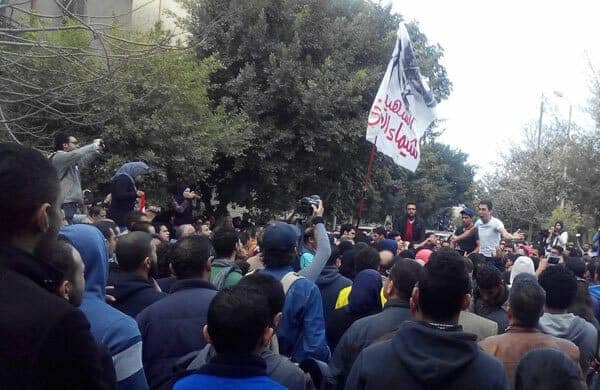 14 November will be a day of strikes across southern Europe