This article is over 10 years, 4 months old
The massacre of 74 fans of football club Al-Ahly in Port Said was not an example of Egyptian football hooliganism, as it was first portrayed. Its target was the organised fans known as Ultras.
By Bart Griffioen
Downloading PDF. Please wait...
Tuesday 07 February 2012

The massacre of 74 fans of football club Al-Ahly in Port Said was not an example of Egyptian football hooliganism, as it was first portrayed. Its target was the organised fans known as Ultras.

And it soon became apparent that it must have been orchestrated by the military regime.

From the first day of the revolution Ultras were in the front line, defending Tahrir Square.

Mohamed Waked, a member of the Revolutionary Socialists in Cairo, spoke to me about the Ultras and their role in the revolution.

When we talked he had just returned from the Friday demonstration at the Ministry of Interior. Following the events at Port Said, thousands of Ultras and others took to the streets to rally against the hated Military Council (Scaf).

The Ultras’ message to Scaf’s Field Marshal Mohamed Hussein Tantawi was simple, “We want your head!”

The protest ended with running street battles with the army—several demonstrators were killed, and many hundreds more wounded.

“The police instantly retreated, allowing the pitch invaders to drive the small minority of Ultras into a corner. Usually the stadium gates would open after the final whistle, whereas now they were locked. What followed was a massacre which lasted for hours.”

According to Mohamed it is no coincidence that the attack in Port Said happened exactly one year after the “Battle of the Camel”, which took place on 2 February 2011.

This was when former dictator Hosni Mubarak’s thugs attacked protesters camped in Tahrir square riding on camels. They were defeated. The Ultras played a crucial role in this bitter battle.

This Ultras were active in the revolutionary process from the start. They participated in the protests after the killing of Khaled Said, a young blogger who was beaten to death by police in 2010. He later became one of the symbols of the revolution.

Mohamed said,“Supporters of different teams at Tahrir at one point decided to cooperate and created a new formation, the Ultras Tahrir Square. For the great enemy was now Mubarak’s regime, not Al-Ahly, Zamalek or Al-Masry. In recent days, for example, you could see flags of Zamalek and Al-Ahly sewn together.”

Many football fans have these experiences and they feed their hatred of the police. On the Egyptian football terraces this takes the form of the international supporters’ slogan, “ACAB” (All Cops Are Bastards).

As in other countries, this ­bitterness towards the police grew up hand-in-hand with a rejection of the increasing commercialisation and increasing ticket prices for matches.

In the past year, the Egyptian supporter’s slogans have become more overtly political.

Last month you could hear slogans booming out across stadiums, “The writing is on the prison walls—down with the military regime!” It could also be heard by those watching matches at home on TV.

For Mohamed it’s essential that any attack on the revolution is answered with resistance and solidarity “whether they’re attempting to destroy the Ultras, pitting Muslims against Christians, or any other divide and rule tactic”.

Activists in Egypt have called a general strike and day of protest on Saturday, the first anniversary of the fall of Hosni Mubarak. See the Revolutionary Socialists’ statement at www.socialistworker.co.uk//art.php?id=27460 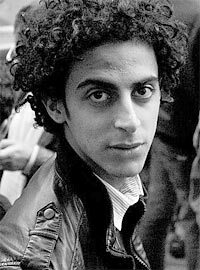