This article is over 16 years, 4 months old
After the EU constitution referendum, France’s ruling elite is in crisis and now the left is discussing its response, writes Jim Wolfreys
Downloading PDF. Please wait...
Saturday 10 September 2005

When Dominique de Villepin was appointed prime minister of France following the vote against the European Union (EU) constitution in the referendum in May, he promised his first 100 days in office would give confidence back to the French.

Those 100 days are up this week. Not one has gone by without further evidence of a growing crisis for the political regime.

The victory for the left’s campaign in May’s referendum was the most dramatic indication of the scale of opposition to the neo-liberal policies of the right wing government and the Socialist Party opposition.

The vote was won following a dynamic and united campaign that expressed class opposition against the establishment as a whole. This campaign inflicted the greatest defeat yet for the neo-liberal consensus of Europe’s mainstream parties.

But the response of those parties has only underlined how removed they are from the concerns of ordinary people. Immediately after the referendum, president Jacques Chirac was forced to acknowledge the government’s defeat by sacking his prime minister, Jean-Pierre Raffarin.

But Raffarin’s replacement, the aristocratic former diplomat de Villepin — a man who has never even attempted to win elected office — was another symbol of the right’s elitism.

The campaign against the EU constitution had focused on the way it would make society less democratic and bring more privatisation and job insecurity.

The government’s response has been to announce another major privatisation programme, this time of France’s motorways. It has also introduced — by decree — a new “employee contract” that will for the first time give employers the right to sack workers during the first two years of their contract without any justification.

And the last week has brought an appalling reminder of the brutality and hypocrisy of the French right.

When Chirac and his conservative Gaullist supporters had control of the city of Paris they used the housing budget as the centrepiece of an elaborate web of corruption which saw companies giving the Gaullists huge backhanders in return for public housing contracts.

Party officials and ministers would meanwhile obtain luxury accommodation for themselves and their families using public funds.

Only this year Raffarin’s finance minister was forced to resign when it emerged that he was living at the taxpayers’ expense in a huge £9,000 a month apartment in one of the most exclusive districts of the capital.

While the politicians were enriching themselves, a major housing crisis was growing in Paris, with over 100,000 people making unsuccessful requests for public housing every year. Immigrants in particular suffer awful conditions and overcrowding.

Over the last fortnight nearly 40 people have died in three separate fires in cheap housing in the city. Last Saturday thousands demonstrated in protest at the housing crisis.

The government, in its weakness, has reacted by lashing out at the victims. Interior minister Nicolas Sarkozy sent police in to evict dozens of immigrants from their homes.

Sarkozy is positioning himself as a successor to Chirac in 2007 and the rivalry between the two is a symptom of the crisis of the regime.

Implying his rival was as out of touch as the king before the revolution, Sarkozy warned Chirac this summer, “I’m not going to quietly mend locks at Versailles while a revolt is brewing in France”.

Le Monde’s editorial the following day ran, “France is revolting while her princes try to amuse the gallery by tripping each other up. A worrying image of the end of a reign.”

But the crisis goes beyond the government. The blow dealt to the neo-liberal consensus by the referendum vote has severely weakened the leadership of the Socialist Party (PS), whose strategy for the past twenty years has been to accept the logic of the market.

PS leader, François Hollande, joined the Yes campaign in the EU referendum. He responded to the defeat of the campaign by removing Laurent Fabius, the most prominent PS member to call for a No vote, from his post as deputy leader.

The party leadership is now composed of discredited politicians, who backed the EU constitution that more than half their own electorate rejected.

The PS is worried by the increasingly popularity of the far left. Hollande has denounced those who backed the No campaign, accusing them of boosting support for organisations such as the Ligue Communiste Révolutionnaire (LCR) and Lutte Ouvrière (LO).

In one recent poll LCR spokesperson Olivier Besancenot and LO’s Arlette Laguiller were among the most popular national figures identified by left wing voters.

The referendum result has made the call for a break with neo-liberalism the central issue for the left. This applies not just to parties, but also to trade unions and associations such as the global justice network Attac France.

As for the PS, some leading figures such as Jean-Luc Mélenchon remain engaged with the movement that developed during the referendum campaign.

Others such as Laurent Fabius are seeking an intermediary solution of adopting a more left wing image but stopping short of breaking with the neo-liberal consensus. At the PS congress this autumn the various left factions, themselves at odds over how best to respond to the referendum vote, will attempt to win control of the party from the leadership.

In this situation the role of the Communist Party has become pivotal. On the one hand this organisation has for decades relied on electoral alliances with the PS to maintain its network of some 10,000 elected representatives.

Politically this alliance has proven disastrous, with its candidate in the last presidential vote barely winning 3 percent of the poll.

However, the referendum campaign has revitalised the party after many years of decline, drawing thousands of long-standing members back into activity.

This tension was expressed during the campaign by Communist Party leader Marie-George Buffet’s identification with both the unity of the movement from below and with those on the left who voted Yes.

What is at stake in France, as elsewhere in Europe, is the possibility of building a new left able to resist the compromises with neo-liberalism made by mainstream social democracy.

Buffet was among the speakers at the LCR’s recent summer university, where virtually all the leading figures from the No campaign, including Mélenchon, peasants’ leader José Bové and representatives from trade unions, the Greens and grassroots associations, met to discuss the way forward.

The debate centred on the need for the movement to remain active and to engage in concrete initiatives against the attacks of the government, and on the question of how to translate the unity of the movement into a more long term political alternative.

Besancenot argued that the key political dividing line was the question of neo-liberalism. He also argued that it was important for the movement to focus on immediate campaigns and not be distracted by the question of which candidate to stand in the 2007 presidential election.

The debate will continue at the Communist Party’s annual festival this weekend, with further events planned for October. The scale of the crisis in France demands a radical political alternative.

The ability of the radical left to maintain the unity of the campaign and give a coherent and structured political voice to it over the coming months will be of crucial importance for the entire European left.

Jim Wolfreys is the co-author of The Politics of Racism in France. His article on the EU referendum campaign in France is available online, go to: www.isj.org.uk 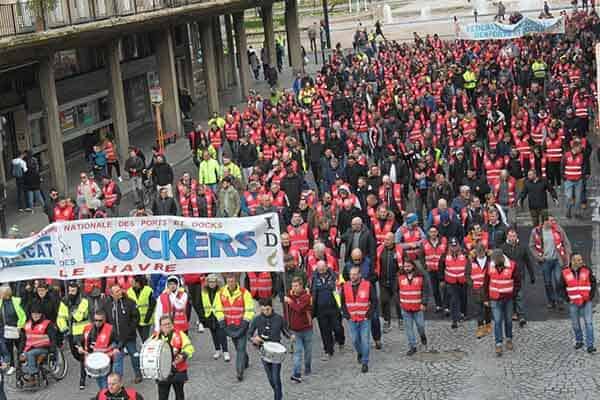