Lorry drivers, shopkeepers, farmers, police, dockers and right wing politicians are protested this week in Calais to demand the demolition of the “jungle” refugee camp.

Around 400 people joined a “human chain” as lorries and tractors blocked major roads and disrupted traffic by driving slowly.

Almost 10,000 refugees and migrants live in dire conditions in the jungle on the site of an old landfill. They are trapped there by Britain’s border closure and French state repression.

The jungle’s population has rocketed by almost a third in little over a month. But “donor fatigue” means that the charities that provide for them are running out of food. Disgracefully the same states that lock them out refuse to provide for them.

But this is not enough to meet the existing waiting list of people who are homeless while their asylum claims are processed. It won’t offer an alternative to people in the jungle.

Racist politicians and newspapers want to undermine solidarity with the people in Calais.

They try to create a distinction between “genuine” refugees—children, families and Syrians—and “economic migrants”.

They repeatedly point out that many of those in the jungle are “young men” from other countries. Many are fleeing war zones such as Afghanistan or Sudan.

But those fleeing poverty have every right to do so.

And even the supposedly deserving refugees are not being taken in. An amendment to the Tories’ Immigration Act called for more child refugees to be accepted into Britain, yet hundreds remain in Calais.

No effort has been made to identify and bring these children over. And that applies even to those who have family in Britain, which should qualify them to come under the existing system.

The Tories have made it harder to enter Britain. So some people smugglers have begun taking more dramatic action to stop lorries so that migrants can get in. Some are killed and many hundreds injured as a result.

Britain criminalises lorry drivers if migrants do get in. They can be fined £2,000 and arrested for people smuggling.

Bosses can sanction them if they are late or their load is “contaminated” by migrants.

But as Clare Moseley of charity Care 4 Calais told Socialist Worker, “The refugees aren’t the cause of this, they are the victims.”

Baker Frederic Van Gansbeke is one of the organisers of this week’s protest. He insisted protesters were “not against the migrants” and “far from being supporters of Marine Le Pen”.

But the protest’s demands mean increasing the repression, worsening the situation for migrants and feeding the far right.

Dave King from the charity Jungle Canopy has tried to win support for refugees among lorry drivers.

He told Socialist Worker, “The reports of violence are blown out of proportion. You would think from reading the papers that it’s 10,000 people on the road—it’s never more than a few hundred.

“But it’s hellish for the drivers, and for the people of Calais, and it’s hard for them to see past that and see the bigger picture.”

The mobilisations add to the urgency of building a movement in solidarity with refugees. Only opening the border and granting them safe passage can end the crisis.

Open the border to end the crisis

Shamefully, the Calais dockers’ branch of the CGT union federation backed and joined the demonstration on Monday.

Axel Persson, a train driver and CGT branch secretary in Trappes near Paris, was outraged.

He told Socialist Worker, “It’s wrong to line up with racist initiatives—and with our enemies, the bosses.

“They so violently mobilised against us during the strikes of this spring.”

Axel contrasted the CGT response at the port to a letter by its Eurotunnel workers’ branch last year.

They spoke of being “haunted” by the deaths and injuries of migrants on the line, and slammed the landscape of “barbed wire, police, guns and dogs” around the terminal.

Axel, standing “in solidarity with the migrants”, said it was “delirious” to think a clampdown could improve the situation.

“The best way to satisfy the port workers’ demands is to open the borders and allow free movement,” he said.

Conference can help to build a bigger movement

Around 700 people have so far signed up for the Stand Up To Racism (SUTR) conference in October. So have four Constituency Labour Parties.

“So are the activists and Labour councillors who have been organising in Harlow.”

The conference will also discuss taking on Islamophobia and the Prevent strategy, and police violence against black people.

Weyman added, “We’ll have speakers from France, Austria and Germany to talk about taking on the rise of the far right across Europe.”

Racist repression and scapegoating are central to our rulers’ response to the crisis.

Building a movement to take it on is essential.

Other events for anti-racists 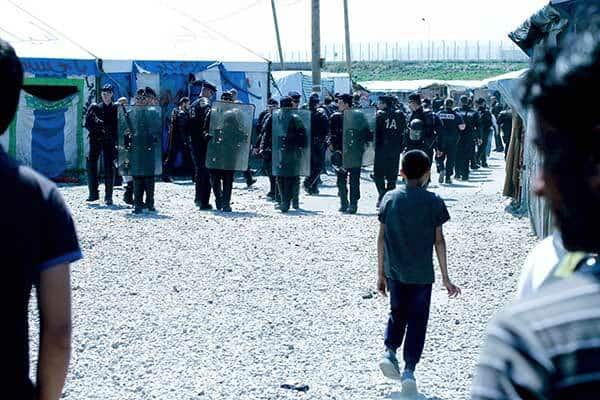 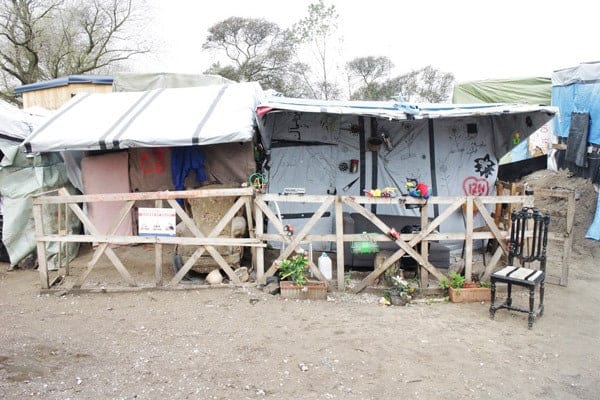 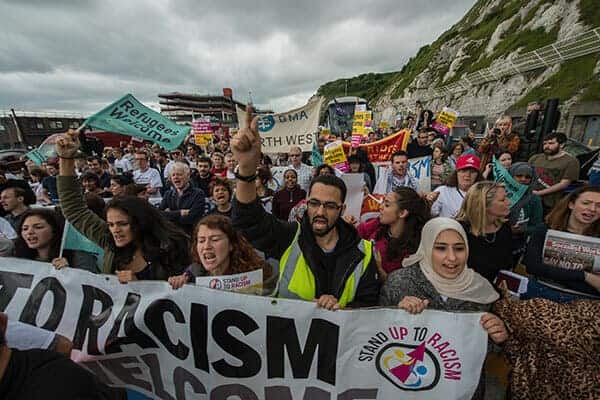 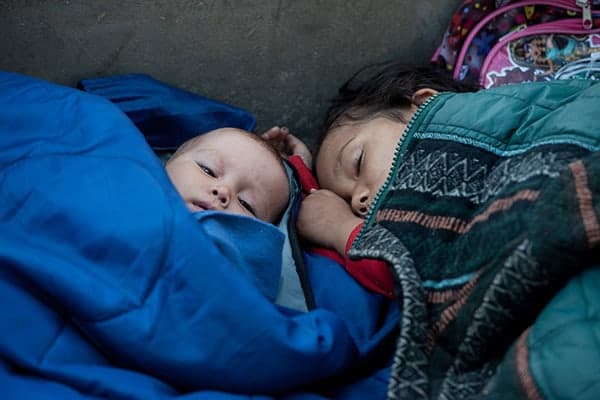 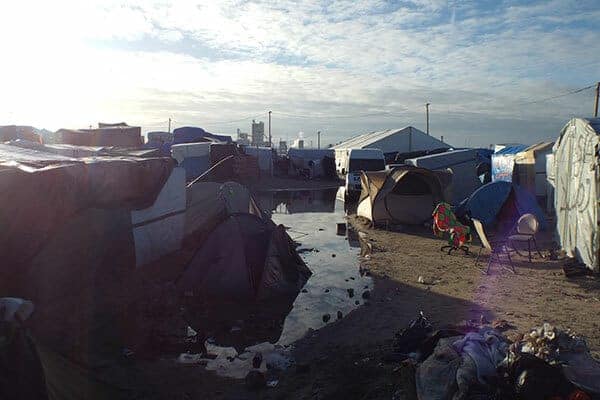 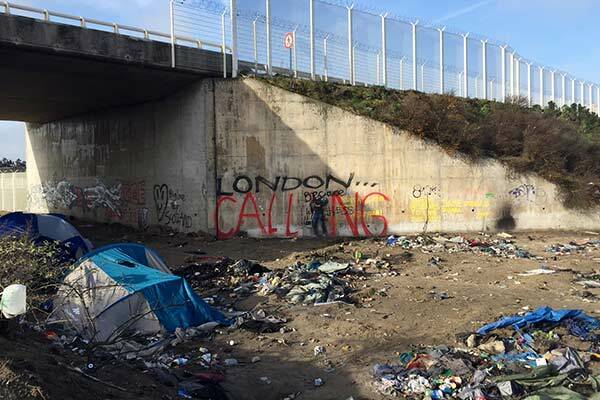