US president Donald Trump used his state of the union address last week to attack migrants, ethnic minorities and women.

“For decades, open borders have allowed drugs and gangs to pour into our most vulnerable communities,” he said. Trump invoked a fictitious immigration system where people bring “virtually unlimited numbers of distant relatives.”

His repeal of the Deferred Action for Childhood Arrivals legislation could see mass deportations for hundreds of thousands of people despite a decade of living in the US.

He says there can be a compomise, but the trade-off is for Congress to agree around £17 billion for the border wall against Mexican migrants, and other security measures.

Trump is terrified the investigation into Russian involvement in the 2016 presidential election will draw closer to him.

Last week it emerged that he attempted to fire the FBI special counsel Robert Mueller, head of the investigation.

Trump is fighting with every possible weapon at his disposal. But his Democratic Party opponents are also playing dirty.

To justify the surveillance they used a document produced by ex-MI6 British spy Christopher Steele. That document was commissioned by the Democratic National Committee, the party’s ruling body.

Prosecutors are supposed to inform the court of any bias when applying for surveillance warrants. The Obama administration did not do this.

The Democrats’ response, and their supporters in the media, has been to brush off the memo and its implications.

They hope the Russia investigation will be enough to bring Trump down on its own and have pinned all their hopes on it.

What it really shows is that the Democrats can be as underhand as the Republicans.

Mid-term elections for the whole of the house of representatives and some of the senate take place in November.

Democrats hope to take seats by casting themselves as the resistance to Trump.

The real fightback, waged on the streets, is continuing. Last month saw hundreds of thousands attend Women’s March protests across the US.

The Democrats want these to fold into that campaign, but it is not as simple as that.And International Women’s Day on 8 March will see the return of the Women’s Strike.

Protest against Trump visit to Britain

If Trump comes to Britain protests against his visit will feed into the international movement against him.

The first opportunity to protest against what he represents comes on 17 March with international protests against racism.

Meanwhile two groups coordinating protests in Britain—Stop Trump and Stand Up To Trump—have merged to become Together Against Trump.

The racist US president had sought assurances there will not be protests before he confirms his visit.

Following a meeting between Theresa May and Trump at the World Economic Forum in Davos, it was announced that he would visit “later this year.”

“This president is not worried about protests,” said US ambassador to Britain Woody Johnson. He should be. 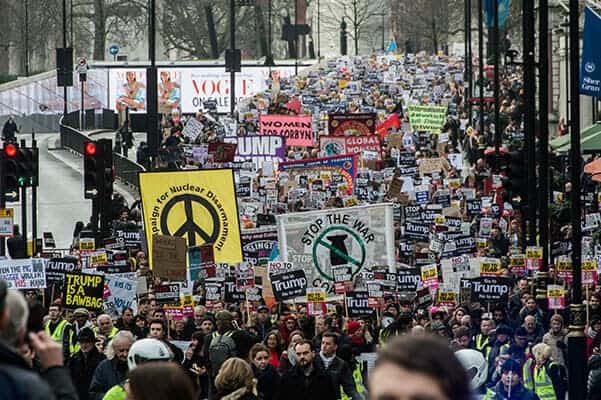 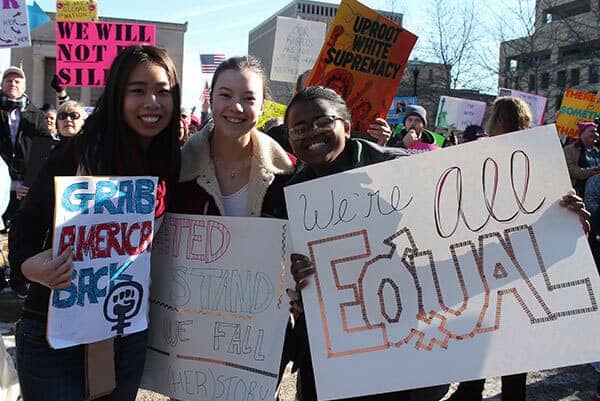 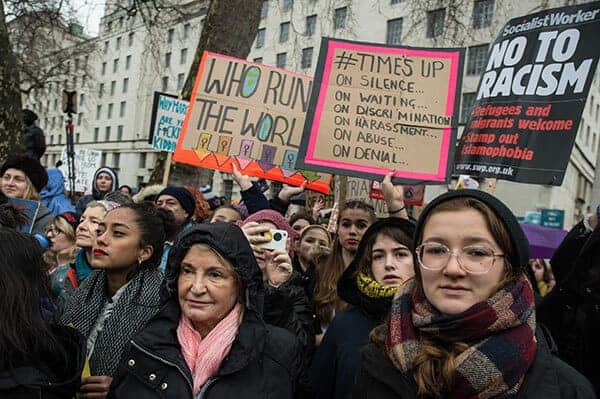