On 28 September, more than 60 percent of Ecuador’s population voted to support a new radical “Bolivarian” constitution.

It came at a key moment, as Bolivia’s government continues to be besieged by the right wing alliance in the wealthy provinces of the east.

And it was an important response to the murder by the Colombian government of 18 Farc guerrillas and others in a camp in Ecuador a few months ago.

The new constitution, drafted by a Constitutional Assembly elected over a year ago, has 444 clauses. Many of its provisions represent major steps forward – the recognition of the “plurinational” character of the country, for example, or the environmental protections that it contains against the use of GM crops.

Crucially, it promises to close down the US base at Manta. The rights to maintain a US base were written into the 1999 Plan Colombia by the presidents of Colombia and the US – but without consulting the people of Ecuador. There are provisions to limit the involvement of foreign corporations in the mass media of the country. Some private media enterprises such as Teleamazonas actively supported the campaign to reject the new constitution.

Ecuador’s important oil and gas reserves will be administered by a nationalised company. And social provisions include a woman’s right to choose – which led the Catholic church to mobilise against what it called this “abortionist” document.

Rafael Correa, Ecuador’s president, argued that his proposal was part of a strategy for 21st century socialism, and compared it to the Venezuelan constitution of 1999. It certainly fits with the continental strategies that Venezuela’s president Hugo Chavez has argued for and which have found expression in proposals for Latin American integration around issues of energy and finance.

The governments of Bolivia and Ecuador, together with Cuba, have been central to that strategy. Yet the reality is that while Correa, Chavez and Evo Morales of Bolivia are regularly seen arm in arm and echoing a common strategy, it is far from completed – and indeed there are areas of disagreement between them.

Correa, for example, is a Harvard-trained economist. And while the new Constitution removes the word “market” from the definition of the economy – it is now a “social solidarity economy” – there are other clauses which leave things much more open.

There is provision, for example, for joint or mixed enterprises with foreign capital. There are serious ambiguities on the question of land reform. There are also a number of clauses limiting strikes in the public sector and imposing compulsory arbitration elsewhere.

None of this should take away from the overwhelming support for radical policies given by the Ecuadoreans. How it is interpreted and implemented, however, will depend not on the letter of the Constitution – which can be read in several different ways – but on whether the social forces exist to carry through the radical possibilities that are embedded in the document.

Ecuador has offered inspiring examples of mass struggle in the last ten years. Three times – in 1999,2000 and 2003 – attempts by national presidents to impose punishing neoliberal programmes were defeated by mass movements.

These movements were doubly impressive because they brought together the national organisation of indigenous people and the national trade unions.

In 2003 and thereafter, there were major protest movements among the middle classes too. There have been divisions and internal conflicts in between, but the new Constitution offers an important symbolic victory at a time when the wider regional picture includes several setbacks.

The so-called “autonomy” movement of the wealthy eastern regions in Bolivia is a sign of reactionary and imperialist strategies in the region. In Ecuador, the wealthy Guayaquil region produced a slim majority against the Constitution, and has now taken up the autonomy slogan.

At the same time the Colombian state remains the bridgehead for the US’s strategy of military aggression under the heading of a renewed “war on drugs” which both US presidential candidates are committed to pursuing.

Correa is hedging his bets. He has announced that he will not join the Bolivarian Alternative of the Americas (ALBA) alliance of Chavez and others for the moment.

He remains open to foreign investment from Brazil and Venezuela, but also from the wider market. Ecuador’s constitution is not a guarantee – but it can be an opportunity to rebuild and regenerate a movement for change that has already shown how powerful it can be. 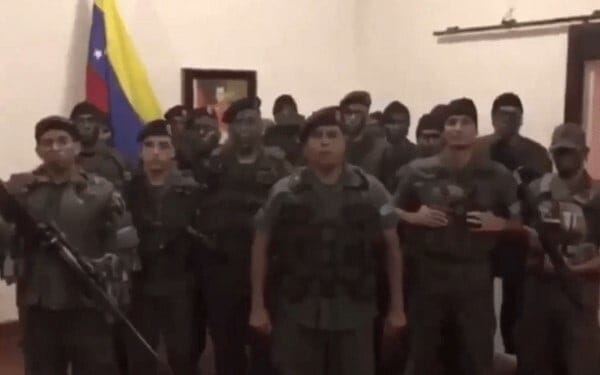 Venezuelan referendum: ‘The people want to deepen their revolution’