This article is over 20 years, 0 months old
TONY BLAIR cast himself in the role of peacemaker as he embarked on a tour of India and Pakistan to defuse recent tensions over Kashmir. The two nuclear powers stand dangerously close to war. Thousands of Kashmiris have been forced to flee their homes.
Downloading PDF. Please wait...
Saturday 12 January 2002

TONY BLAIR cast himself in the role of peacemaker as he embarked on a tour of India and Pakistan to defuse recent tensions over Kashmir. The two nuclear powers stand dangerously close to war. Thousands of Kashmiris have been forced to flee their homes.

Blair’s appeals for peace are utterly hypocritical. It is the US war in Afghanistan, which he wholeheartedly supported, that has led to instability in the region and heightened conflict between India and Pakistan. The escalating conflict came after the 13 December attacks on the Indian parliament in New Delhi, in which 14 people were killed.

The Indian government blamed Pakistani-backed groups for the attacks, and invoked the US revenge attack on Afghanistan as a justification for a military build-up in Kashmir. Pramod Mahajan, the Indian minister for parliamentary affairs, said, ‘There cannot be one rule for Mullah Omar and another for Maulana Azhar [a Pakistani militant].’

Now troops massed from both countries are engaged in cross-border clashes at the line of control separating Indian-controlled Kashmir from Pakistani-held ‘Azad’ Kashmir. For over half a century tensions over Kashmir have raged between the two countries. The area is a flashpoint where regional rivalries are played out. When Britain was forced to grant independence in 1947 India and Pakistan went to war over control of Kashmir.

Kashmir has a population of 12 million. Nine million Kashmiris live in Indian-controlled Jammu and Kashmir, and three million in Pakistani-controlled ‘Azad’ Kashmir.

Today 600,000 Indian troops are deployed in Kashmir. Indian army repression has been so savage that it has turned even Kashmiris who wanted to be part of India against it. The Indian army has killed tens of thousands of people in Kashmir since 1989, when various Kashmiri groups launched an armed campaign. Both Amnesty International and Human Rights Watch record widespread human rights abuses in the region.

There can be no peace while the Indian state uses the methods of Western colonial rule against the people of Kashmir. People in Kashmir have every right to fight against the Indian occupation. But Pakistan’s rulers have used the suffering in Kashmir for their own ends. They have helped create groups there which are not committed to fighting for the rights of people in Kashmir, but which seek instead to bring Kashmir into the Pakistani state.

Replacing an Indian army of occupation with a Pakistani one will not liberate Kashmiris. The Pakistani state has lashed out against its own minorities in Baluchistan, in North West Frontier Province, and in the part of Kashmir it controls. India and Pakistan both rule out independence for Kashmir. Both claim Kashmir, and taking an aggressive line over it has become crucial to the futures of the Indian and Pakistani regimes.

Indian prime minister Atal Behari Vajpayee of the ruling Bharatiya Janata Party (BJP) faces elections in Uttar Pradesh in February. With a population of 160 million people, Uttar Pradesh is the country’s most populated state and the heartland of the BJP. The BJP is a Hindu fundamentalist party. It exploits ethnic division to deflect opposition at home, and stirs up communal violence against Muslims.

The BJP has failed to deliver, and any retreat on Kashmir is likely to lose the party votes. It could also spark further claims for secession from other ethnic groups.

In Pakistan the military dictatorship of General Musharraf promised to restore the country to democracy by October 2002 after seizing power in October 1999. Musharraf is still in power. He supported the US war in Afghanistan. That meant turning on the Taliban, which was built up by Pakistan’s powerful military intelligence forces.

Pakistan has now lost a friendly government in Afghanistan. Musharraf has felt forced to curb militant Islamic groups. He is under more pressure than ever to take a strong line over Kashmir. If not, forces in the military may yet unseat him. People on both sides of the border are paying the price for their rulers’ attempts to shore up power.

They will face immense suffering if there is all-out war. Their interests lie not in backing either of the rival armies facing each other in Kashmir, but in confronting the rulers who hold them down.

Pakistan: Left to die as governments refuse to provide relief 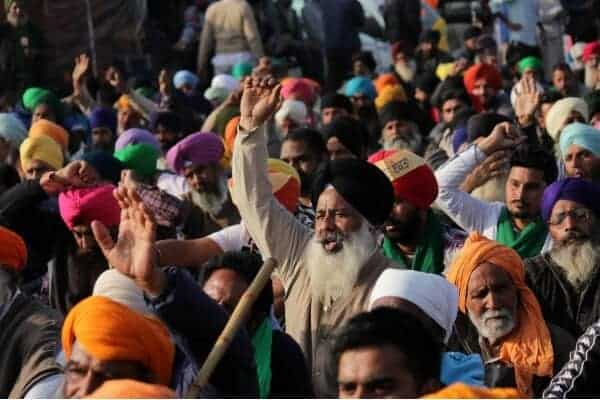