The newly-formed Egyptian Federation of Independent Trade Unions has released a statement condemning “attempts by the forces of counter-revolution to ignite sectarian conflict”.

It said, “We see the Egyptian people, Muslim and Christian, as part of a single fabric.”

The statement makes clear that these methods are the same as those used by former dictator Hosni Mubarak’s regime.

It says, “Those who used live bullets today, and crushed Egyptian youth under the wheels of armoured cars used the same methods of the criminal Hosni Mubarak in an attempt to abort the revolution.”

Thousands of Muslims and Christians have marched together in solidarity, showing they reject the military government’s attempts to divide them.

Mahalla trial is adjourned in Egypt 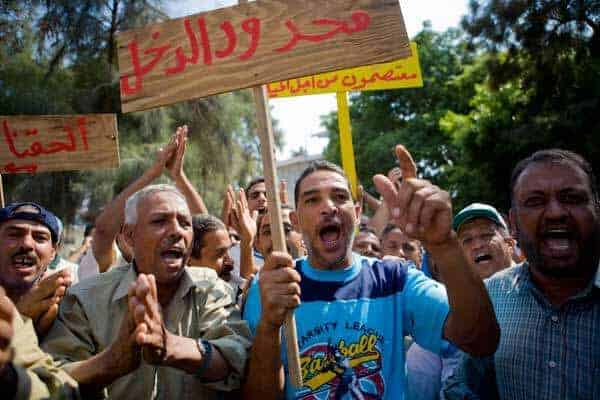 Egypt: Demands of the workers in the revolution