‘Egyptian trade unionists have broken the barrier of fear’

I became active before the revolution, organising demonstrations and sit-ins at my workplace early in 2010.

We were fighting for better conditions, higher wages, health insurance and permanent contracts.

In Zaqaziq, where I live, as in Cairo, the revolution began with demonstrations on 25 January 2011. Activists responded to the call to take to the streets against the minister of the interior.

This was before a revolutionary situation had developed and people started to raise demands for the fall of the whole regime. Colleagues from work joined these protests, but not organised officially from our workplace.

The fall of Hosni Mubarak’s dictatorship meant bringing down a 30 year system of injustice and tyranny. The revolution came with slogans of bread, freedom and social justice, and opened the door to a hope that people could live with dignity.

But the only thing that has really changed is that we have broken the barrier of fear. We will resist any attempt in the future by the regime to control the people’s will. But the revolution’s main demands have not yet been achieved.

Activists in the independent trade unions face many challenges. The regime knows that if workers are able to form independent unions its control of the state will be under threat.

It’s putting up obstacles for workers. It rejected a law on trade union freedoms which was put before parliament for discussion and approval.

The regime has only accepted registration papers of independent unions now, under pressure. But it plans to impose a new version of the old, repressive trade union law.

They also want to organise union elections in the old state-run union federation. They aim to repress workers’ activism.

The election of the Muslim Brotherhood’s candidate Mohamed Mursi raised hopes that Egypt would be transformed. Many people hoped that a president who came from the revolution would implement the revolution’s goals.

They wanted justice for the martyrs, and social justice to save workers from the capitalist system which impoverished them.

But the situation is unstable. Prices are rising and the poor are getting poorer. Workers are being sacked and factories are shutting down. So we are seeing a workers’ uprising with increasing strikes in different sectors across the country.

The strikes are demanding a minimum and maximum wage and an end to corruption. Public transport workers, teachers, doctors and factory workers have all joined the strike wave.

International solidarity is very important—it raises our spirits in times of despair. Spreading news of our struggles around the globe puts pressure on the state.

Opinions are now divided about Mursi and his failure to deliver promises in his first 100 days. Some think we should give him longer—but others think he is only serving his own interests and those of the Muslim Brotherhood.

This is why the Brotherhood tried to take over the streets, mobilising against protests for “accountability” last Friday. They were forced to try and disrupt the protests and distract people from their performance in power.

We have seen huge rises in food prices and electricity bills. Egypt is now seeking an IMF loan. There have been crises in the supply of cooking gas and petrol. The price of a cylinder of gas is so high that Egyptians cannot afford to buy it with their low wages.

Hind Abd-al-Gawad is an activist in the Independent Union of Local Development Information Centre Workers in Egypt. She is speaking at the Unite the Resistance conference on 17 November. For more info go to menasolidaritynetwork.com 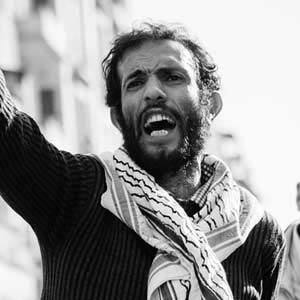 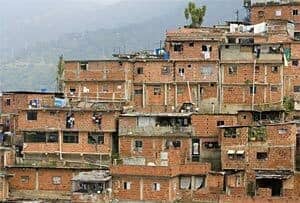