This article is over 11 years, 1 months old
Memories of repression under Franco’s dictatorship returned to Spain at the weekend when a "state of alert" was used to end a strike by air traffic controllers.
By Luke Stobart
Downloading PDF. Please wait...
Tuesday 07 December 2010

Memories of repression under Franco’s dictatorship returned to Spain at the weekend when a “state of alert” was used to end a strike by air traffic controllers.

The event may herald a new escalation the ruling class’s our rulers’ response to the crisis.

After a “militarisation” order was decreed by the New Labour-type government, armed forces were sent in to run the airspace.

A controller broke down on Spanish TV as she described how paramilitary police forced her to land planes at gunpoint.

Now hundreds of workers are being disciplined and taken to court.

Those brave workers that stayed out on strike after local military rule was declared could face several years in prison, as well as paying 200,000 euros each in damages.

This is one of the harshest responses to a labour dispute in recent history.

On Friday of last week, 70 percent of workers at AENA, the Spanish airport authority, walked out spontaneously in a wildcat strike.

This was sparked by a government decree two hours earlier placing them under military control.

The government wanted to provoke the union, just as thousands were set to travel during a long public holiday.

It comes after a very successful general strike in September against attacks on employment rights.

The airport workers were also protesting moves to privatise Madrid and Barcelona airports and months of harassment by “technicians” monitoring work.

The Spanish media reacted aggressively to the strikers, presenting them as selfish “elites” intent on ruining thousands of people’s holidays.

Unfortunately leaders of the large unions and other big left wing parties in Spain have made only limited criticisms of the government, despite the dangerous precedent being set for all workers.

They also have shamelessly attacked the strikers.

Some ordinary people have joined in, pointing to the controllers’ relatively high wages.

But the controller’s union had accepted a 40 percent pay cut several months before in exchange for limiting long and unsafe working hours.

The latter part of the deal was ignored by AENA, however.

The real elites are the heads of AENA and of big business—which also had a hand in the conflict.

A week before, president Jose Zapatero met with the mega-rich bosses of Spain’s

To their delight, Zapatero announced scrapping income support for the unemployed, providing tax breaks for businesses and, significantly, the airport privatisations.

These measures, and the heavy-handed response to the strike, are aimed in part at reassuring international investors who have been targeting Spain because of its high private debt.

The PSOE government is determined to show how strongly it sides with the bosses. Yet it would be a mistake to see the new repression as being peculiarly “Spanish”.

Across Europe the ruling class is scared by the depth of the collapse of its system and is taking a harder line against protests.

Building on the unity of September’s general strike is the best way to stop the government trying to use divide and rule and repression to drive through austerity measures. 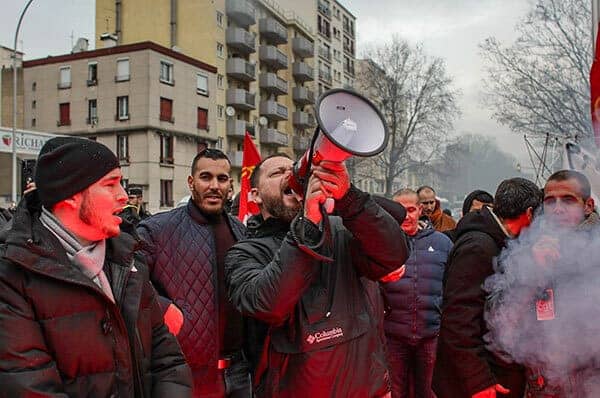 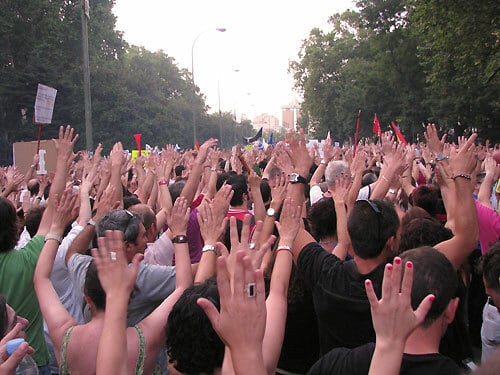