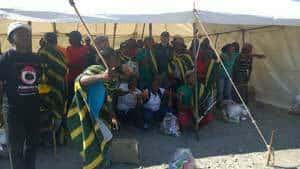 Victorious South African platinum miners were set to return to work on Wednesday of this week.

The five-month strike by 70,000 workers was led by the Amcu union. Its leader Joseph Mathunjwa spoke to a 20,000-strong strikers’ rally on Monday of this week.

He said, “Platinum will never be the same again! What other unions could not do in more than 20 years, you could do in five months.”

Despite the deal falling short of the miners’ full demand for 12,500 rand (£700) a month, it is much more than was originally offered.

It is over double what a recent strike by the NUM union achieved.

Worker Rudolph Dublua said, “My happiness is very high. We are targeting the basic salary of our workers. But we are going to raise that 12,500 rand.”

All three platinum companies—Impala, Amplats and Lonmin—have agreed to backdate the deal. This means that within seven days of returning to work strikers should receive lump sums for the period before the strike began.

For example, at Amplats it will amount to almost seven months of wage increases.

Signing was delayed until bosses accepted union demands that the 236 miners sacked for strike activity were reinstated.

Rehad Desai of South Africa’s Democratic Left Front said, “The miners have beaten back the attempt to break their union. Through regular mass meetings workers have kept their leadership accountable. They return to work with their heads high.”

The massacre of 34 miners at Marikana in 2012 unleashed a wave of rage and unofficial strikes across South Africa—which went on to win. The ripples are still visible in the shift within unions such as the country’s biggest, the Numsa metal workers’ union. The creation of the Economic Freedom Fighters (EFF) political party is also part of the legacy.

Numsa refused to support the ruling ANC during recent elections.

EFF leader Julius Malema was elected to parliament. He was ejected from the building last week after saying, “The ANC government massacred those people in Marikana” in his maiden speech. All other EFF MPs walked out in sympathy.

Meanwhile, unions loyal to the ANC in the union federation Cosatu are trying to get Numsa expelled. A member of Cosatu’s executive said, “We told the ANC that, as far as we are concerned, Numsa is gone.”

The government now wants to amend the Labour Relations Act to gain the power to forcibly end strikes.

Jim Nichol is a British lawyer who is representing the families of the Marikana miners and who addressed the miners’ rally. He said, “There is no doubt that this is seen as a substantial victory by the workers and the public. Large numbers of NUM members are coming over to Amcu.

“I heard a SABC (South African Broadcasting Corporation) phone-in where people were asking for Amcu to form a union for them. Joseph Mathunjwa has gone from villain to hero overnight. This is a very significant event for the future of South Africa”. 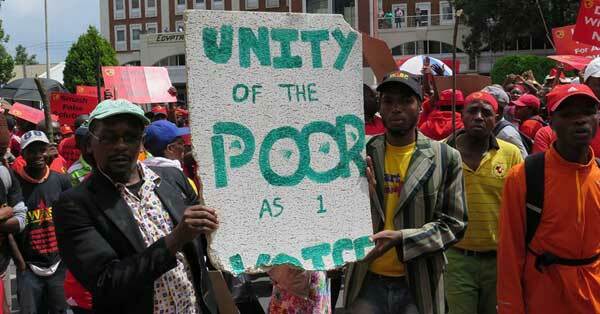