Thousands of defiant protesters clashed with riot police on the streets of Belarus in eastern Europe on Sunday.

Police used stun grenades, rubber bullets and water cannon against demonstrators. A human rights group said one protester was killed and about 120 arrested.

The protests erupted after an exit poll said that the current president Aleksander Lukashenko had won an election with a massive majority. The official result on Monday claimed he won over 80 percent of the vote.

In 2015 Lukashenko won the presidency with 85.3 percent of the vote in another rigged election.

Hundreds were arrested at protests across the country. Plain clothed police officers and security forces were reported to be abducting protesters from the streets.

“I have friends who have been arrested for not doing anything,” said Valery, who was attending a protest. “One friend brought food for people and got arrested.

“There is no freedom of speech.”

Lukashenko has been in office since 1994.

His 26-year presidency has been marked by brutal repression of those who speak out against him and his government.

Lukashenko has described Covid-19 as nothing more than a “psychosis” and has done virtually nothing to halt the spread of the virus.

This year Lukashenko faced his biggest electoral challenge yet, from Svetlana Tikhanovskaya.

Tikhanovskaya was initially a stand in for her husband Sergei Tikhanovsky— a popular YouTube blogger. Tikhanovsky was arrested after he tried to register to become a presidential candidate.

After managing to register, Tikhanovskaya drew tens of thousands of people to her campaign rallies. She was endorsed by a coalition of forces opposed to Lukashenko.

An estimated 63,000 people attended her campaign rally at the end of July.

Officially Tikhanovskaya won just 9.9 percent of the vote. But her campaign said she had been polling at 70-80 percent in some areas.

Tikhanovskaya is the sort of centrist figure who will be backed by the US and its allies.

The protests against Lukashenko are a positive sign of a fight for democracy.

The danger is that the militancy on the streets is pulled behind neoliberal and pro-European Union forces that care nothing for ordinary people. 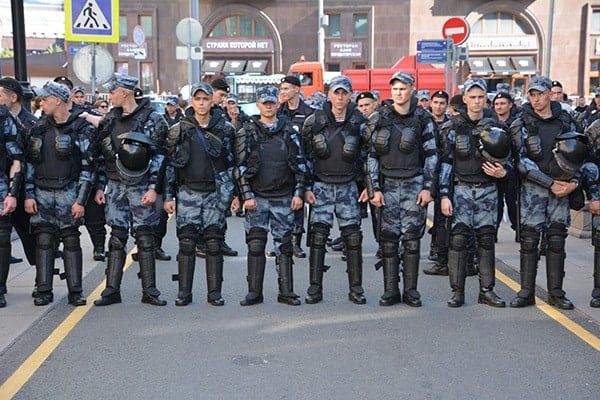