Gaza truce is a blow to US and Israel

This article is over 13 years, 6 months old
The ceasefire announced last week between Israel and Hamas will bring much needed relief to the 1.4 million Palestinians trapped in the Gaza Strip.
By Simon Assaf
Downloading PDF. Please wait...
Tuesday 24 June 2008

The ceasefire announced last week between Israel and Hamas will bring much needed relief to the 1.4 million Palestinians trapped in the Gaza Strip.

Palestinians have faced a punishing military and economic blockade ever since Hamas – a resistance movement that rejects any compromise with Israel – won the Palestinian national elections in January 2006.

The deal, negotiated by Egypt, represents a climbdown by Israel – which had vowed never to negotiate with Hamas. It is also a major setback for the US strategy of attempting to isolate and crush Palestinian resistance.

Under its terms Israel will allow fuel and food supplies into the Gaza Strip and, following negotiations over a prisoner swap, open the border with Egypt. Both sides have agreed to suspend all military operations for six months.

As news of the ceasefire was announced, tens of thousands of Palestinians took to the streets to celebrate. But the deal was greeted with consternation by US allies inside the Palestinian Authority.

An aide to Palestinian president Mahmoud Abbas complained that, “The ceasefire agreement is very good for Hamas and bad for us. In the eyes of many Palestinians, Hamas emerged triumphant from the agreement because it hardly made any concessions.”

The Palestinian Authority is run by Mahmoud Abbas’s Fatah party. Fatah was once the major resistance organisation fighting for a Palestinian homeland.

But under Abbas it has become tied to a US strategy that promises an “independent Palestinian state” in return for an end to Palestinian resistance.

Hamas rejected any such deal, warning that under the plan Palestinians would have to abandon any claim on Jerusalem and drop the demand of the right of return for refugees. Palestinians would be left in a rump state at the mercy of Israel.

This division between Fatah and Hamas exploded into violence when Fatah refused to accept the Hamas election victory and conspired with Israel, the US and its Arab allies to stage a coup in June last year.

But this attempted military takeover of the Gaza Strip fizzled out after Palestinian security forces refused to take up arms against the resistance. Fatah was routed in three days of fighting.

Following the attempted coup, Hamas remained in control of the Gaza Strip, while Fatah kept hold of the West Bank.

Israel reacted by declaring Gaza a “hostile territory”, launched waves of military attacks against it and imposed a blockade.

This siege has taken its toll on the Gaza Strip. According to the United Nations (UN), the fuel blockade forced up to 95 percent of Gaza’s factories out of business, leading to 32,000 job losses.

Gaza has the highest unemployment rate in the world. Aid agencies are concerned over growing “food insecurity” in the region.

Over half of Palestinian families survive on one meal a day.

Meanwhile the embargo on building materials forced the UN to suspend £47 million in construction projects, including repairs to schools and hospitals. This winter was the worst for decades, adding to the growing level of misery and deprivation.

The US and its allies hoped that these constant attacks and growing poverty would force ordinary Palestinians to abandon the resistance and accept Fatah’s authority. Yet even in areas ruled by Fatah, life for Palestinians has become steadily worse.

The second intifada, in which Hamas played a leading role, forced Israel to dismantle its settlements in the Gaza Strip in August 2005.

In contrast, the Israelis have announced a new wave of settlements and land grabs in the Fatah controlled West Bank.

Meanwhile Israel has continued to build its apartheid wall – a “security barrier” that snakes around Palestinian towns and villages in the West Bank, tearing families apart and cutting Palestinians off from resources and jobs.

Even though life under siege in the Gaza Strip became unbearable, Fatah’s strategy of compromise was shown to be bankrupt.

The strategy pushed by the US and Israel failed last January when the resistance movement demolished the wall separating the Gaza Strip from Egypt.

The Egyptian regime of Hosni Mubarak – a key US ally in the region – panicked and broke ranks with the US and Israel. Mubarak was forced into talks with Hamas, leading to an effective recognition of the Palestinian movement.

Faced with this failure Israel’s prime minister, Ehud Olmert, pushed for an invasion of the Gaza Strip. Yet this threat was tempered when Israeli generals warned the army could face “another Lebanon” if it tried to crush tens of thousands of well-armed Palestinian fighters.

Hamas has made it clear it wants an end to the bloodshed. The movement has long been proposing a “hudna”, or ten-year long truce with Israel.

Whether this ceasefire holds is up to the Israelis. They could launch an attack on the Gaza Strip at any point and spark a new round of fighting.

Yet the deal also represents a breakthrough for the resistance. Palestinian prime minister Ismail Haniya, head of the Hamas government, announced, “The Israeli-US siege policy has begun to collapse.”

In contrast a Fatah official complained, “Israel has legitimised Hamas. We have been calling on the world not to recognise Hamas’s illegal coup in the Gaza Strip, but here comes Olmert and turns Hamas into a major player on the Palestinian arena.” 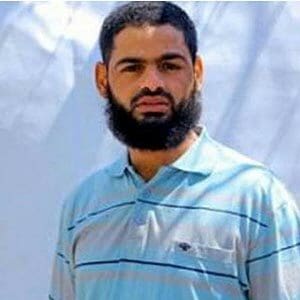 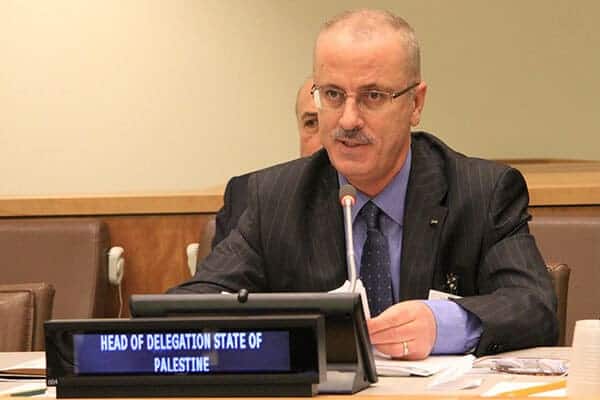 Will Syria's Assad be toppled next?