A general strike across both the public and private sectors brought Greece to a standstill on Thursday. It was called by the ADEDY and GSEE union federations against austerity and the Syriza government’s attack on the right to strike.

Thousands of workers marched through the capital Athens and rallied outside parliament as MPs discussed next year’s budget.

“There were no news bulletins on the TV and there will be no newspapers tomorrow because journalists and printers were on strike.”

The left wing Syriza government’s attempts to play down the general strike were unsuccessful. Panos said, “They say there’s no need to strike and that the union legislation they’re preparing will in fact strengthen unions.

“But the extent of the strike shows that even those close to Syriza were on strike.”

Syriza is still pushing through austerity and free market reforms at the behest of Greece’s creditors’. They are the “Troika” of the European Commission, the European Central Bank and the International Monetary Fund.

Syriza was elected in January 2015 promising to break with austerity—but capitulated to the Troika’s demands.

Panos said “Next year Greece will return to borrowing on financial markets, so the government says don’t rock the boat now because there’s only seven or eight months left.

“They argue that they cannot break bailout agreements.”

There have been lots of localised struggles, but not national action. But the general strike will put pressure on the union leaders to follow up with more national action.  Panos said, “Many people asked if the rank and file would respond to the unions’ call, but the response was great.”

“Even on the eve of Christmas there is action,” he added.

Telecom workers struck on both Wednesday and Thursday demanding a new collective agreement.

And hospital unions plan a walkout on Tuesday of next week for more staff and funding. “There is a coordination of rank and file unions, particularly around hospitals, and they are having an assembly on Sunday to debate the attack on unions and resistance,” said Panos.

Greece is an important example of how struggle outside of parliament is crucial to resist the bosses’ attempts to undermine a left wing government. As Panos said, “There have been reports here that Jeremy Corbyn met with Syriza leader Alexis Tsipras in Brussels and used the Greek government as an example of resistance to the Troika.

“Well, Jeremy Corbyn should be looking at today’s strikes, not Tsipras”. 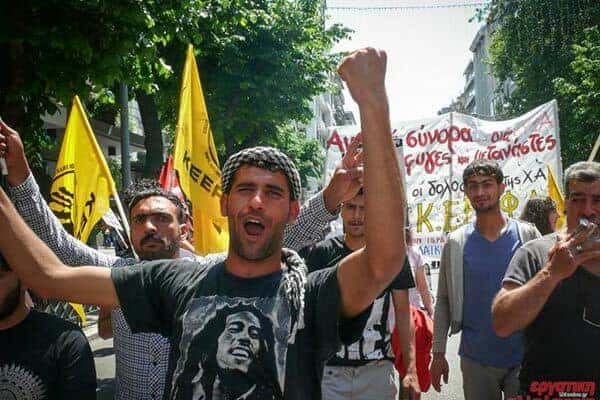 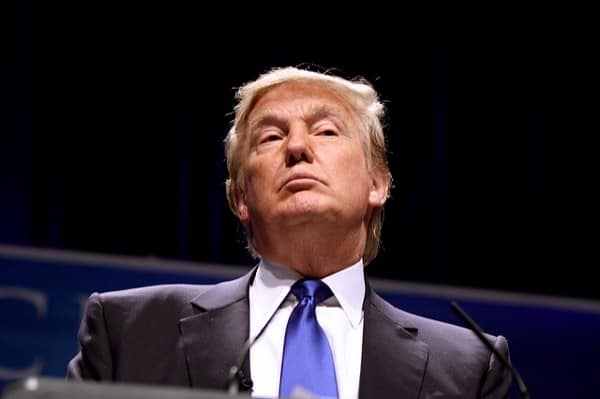 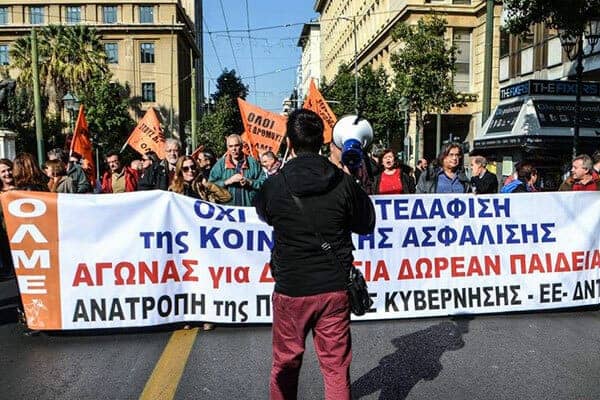 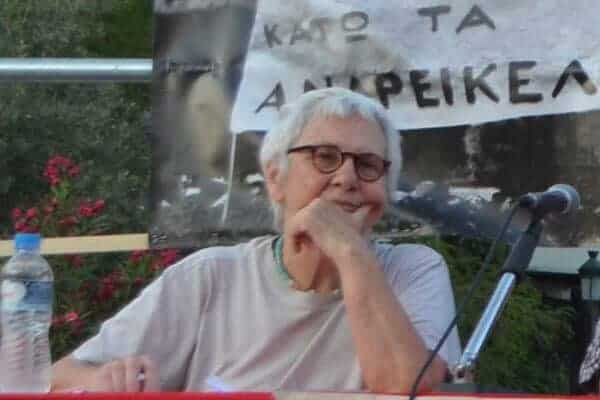 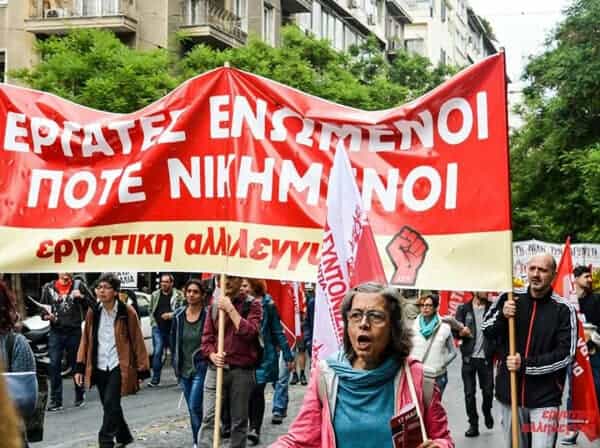 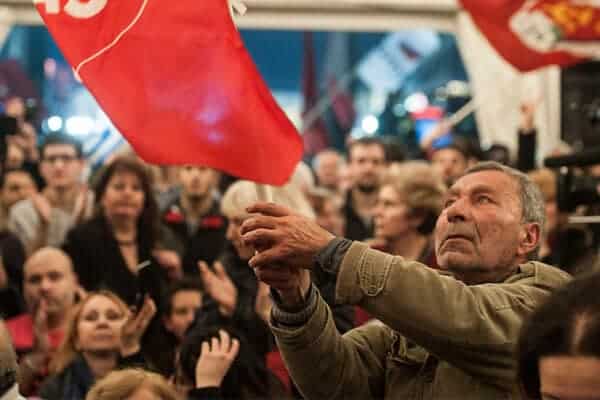 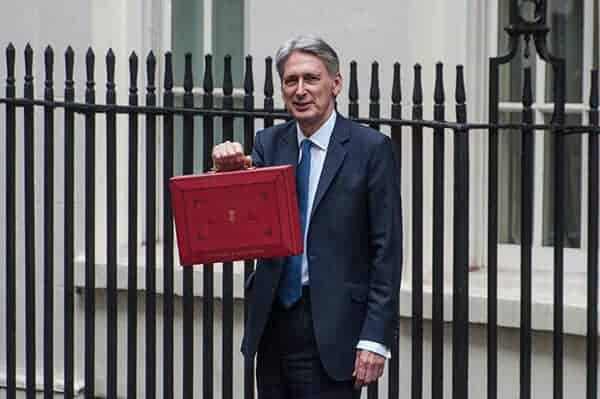 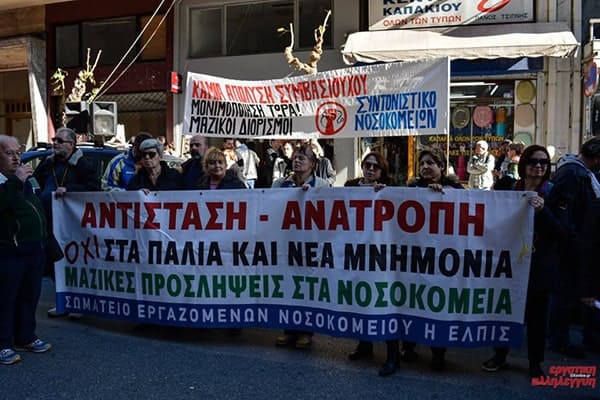 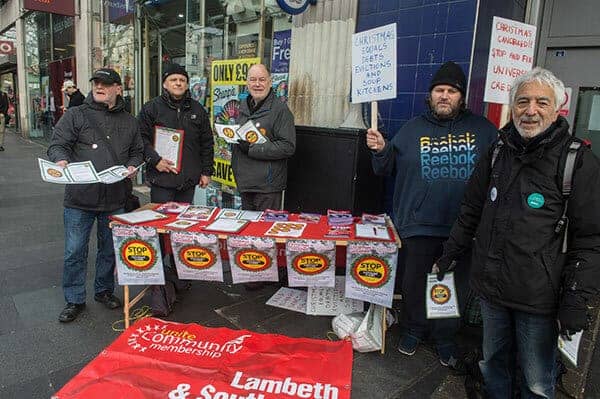 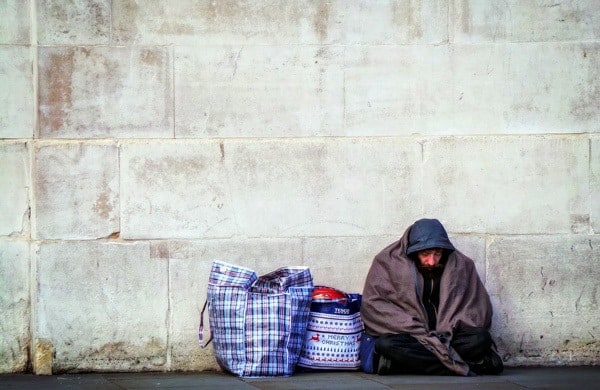