This article is over 7 years, 6 months old
Radical left Syriza MP Dimitris Tsoukalas spoke to Dave Sewell about what a left government would do to break with austerity—and how it would stand up to Europe’s bosses and bankers
Downloading PDF. Please wait...
Tuesday 13 January 2015

The prospect that the radical left could soon be in government has thrown the Greek establishment into panic.

Polls now give the radical left party Syriza a commanding lead, ahead of the snap election set for Sunday of next week.

If Syriza is able to form a government it will be the first one in four decades that isn’t led by the Tory New Democracy or Labour-type Pasok.

These parties have spent the last five years pushing through the harshest austerity in Europe. For many workers, Syriza offers a chance to break that nightmare.

Syriza MP Dimitris Tsoukalas told Socialist Worker, “The election pits two worlds against each other—the old world of the right against the new one of the left.

“The policies of this government have led to 27 percent unemployment and workers struggling to survive on wages as low as £234 a month.

“It’s put hundreds of thousands of people at risk of losing their homes, and tried to sell off all that remains of public wealth.”

Syriza now wants the Troika to cancel a large portion of the debt. Dimitris explained, “Syriza’s programme is the reverse of this. Everybody knows the debt cannot be serviced.

“Without economic growth, Greece is left trying to prise money out of the workers, pensioners and ordinary people to pay back the debt.

He responded to the attacks in France by attacking Syriza’s immigration policy.

Samaras said, “Today in Paris there was a slaughter, and here some people are inviting more illegal immigrants and giving out citizenship.”

“These comments were totally racist,” said Dimitris. “The government is trying to win the votes of the Nazi Golden Dawn party, whose leaders are in prison.”

Under pressure this weekend, Samaras made a U-turn over planned cuts to pensions. This undermined his central message that letting up on the cuts would mean disaster.

But beating Samaras and his cronies is only the beginning of beating austerity in Greece.

Behind him stands the vicious clique of bosses that dominate the Greek economy and the institutional might of the EU.

But every victory has come from workers’ struggle—including 32 general strikes. Making sure this continues will be key to delivering the hope that Syriza promises.

Workers who have led strikes and other struggles against austerity are also standing in the election. They’re part of the anticapitalist coalition Antarsya.

Costas Katarachias, trade union secretary at Athens’s Agios Savvas cancer hospital, is one of them.

He told Socialist Worker, “The election follows on from all the battles we’ve been fighting these last few years.

“At one point last year we were holding national health strikes every month. That’s what made it impossible for the government to go ahead with its plan to close 50 hospitals.

“We’ve organised against racism and fascism. When the fascist Golden Dawn members tried to organise ‘Greeks only’ blood donations, it was hospital workers who stopped them. We kept them out of all the hospitals in Athens.”

Costas added, “We’ve been fighting all these battles before the election, and we’ll be putting pressure on the left government after the election.”

Antarsya calls for breaking with the eurozone in order to cancel the Greek debt.

Costas explained, “A Syriza-led left government will be a message that we want to take back everything that’s been taken from us—our wages, our health system, our public services.

“But we want to make sure it happens and that workers aren’t just kept waiting for the left government.

“We know that none of that can happen without cancelling the debt.

“So at the same time we will be arguing for that as a real alternative to the crisis.”

Bankers to blame for debt

This is the bankers’ fault, but the people have been made to pay.

Banks poured loans into Greece after it joined the euro. But the government couldn’t pay them back when the global crash hit.

Instead, the “Troika”— European Union (EU), ECB, and International Monetary Fund—bailed out the government.

But the cuts the Troika demanded in return plunged the Greek economy further into recession.

The debt exploded as a result, and the cost of interest alone is now more than the government’s entire budget.

This meant a second bailout was needed to keep paying off the first one—and the current political crisis was sparked by the need for another.

Syriza wants to cancel this interest, with repayments on the rest of the debt tied to recovery.But workers shouldn’t pay the bankers back at all.

The ECB considered buying up £390 billion of debt across the eurozone to combat deflation, proving it has the money to write off the debt.

Its bigger worry is that Greek workers will set a precedent if they defy it.

That’s all the more reason to support the demand for cancelling Greece’s debt. 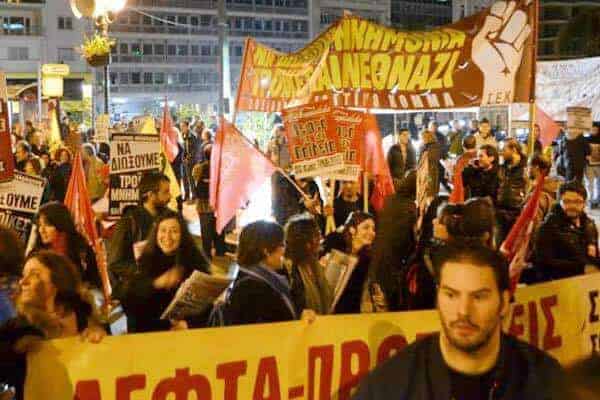 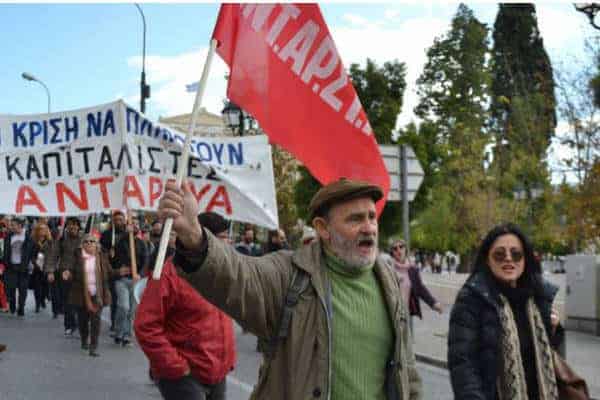 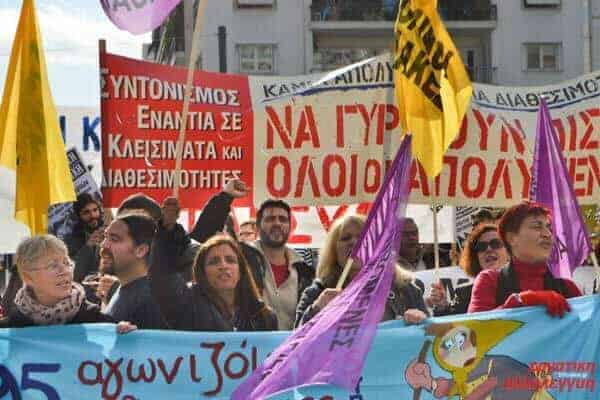 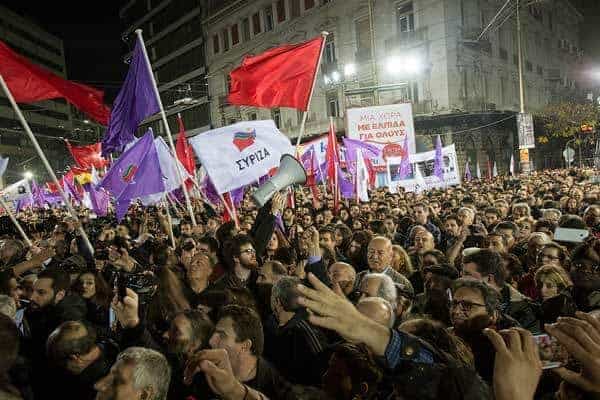