This article is over 15 years, 2 months old
Primary school teachers in Greece ended their six week all-out strike on Monday of this week over pay and the government’s plans for education.
By Christina Lada, teacher member of the strike committee in central Athens
Downloading PDF. Please wait...
Saturday 04 November 2006

Primary school teachers in Greece ended their six week all-out strike on Monday of this week over pay and the government’s plans for education.

The teachers’ union leadership has decided that it was better to change tactics and switch from an all-out strike to “other forms of protest”.

These include 24-hour strikes and mass rallies on Friday of this week and Thursday of next week.

It was an unnecessary retreat as the strike was incredibly strong and was inspiring solidarity action from students.

Strikers’ rallies were massive all around the country on Wednesday of last week.

The centre of Athens was blocked for five hours as 30,000 striking teachers and students listened to speakers in Syntagma Square. They marched through the main streets and came back for a concert.

Vassilis Papakonstantinou, one of the best known Greek singers, greeted the strikers with a song for Che Guevara.

School students occupied 1,000 high schools throughout the country. University students are starting a new wave of college occupations, similar to the one that swept Greece last May and June.

Greece’s Tory government has been terrified by the upsurge. Police violence failed to dent the strike. Kostas Karamanlis, the prime minister was forced to organise a special meeting with union leaders last week.

He promised to deliver a small wage rise to the primary school teachers, which is to be phased in with four installments.

At the same time the government agreed with the opposition Pasok, Greece’s New Labour type party, to postpone a vote in the Greek parliament on an amendment to the constitution that would introduce private universities.

The debate on “Article 16” is now set to take place in the new year.

The struggle has seen a political defeat for the government. But the decision to go back to work has robbed the strikers of the victory they deserved.

Despite the decision to go back on Monday, there were proud teachers’ demonstrations last Friday and Saturday.

These disrupted the celebrations for the anniversary of the Greek-Italian war of 1940.

Every year on that day there are military parades and school students take part. This year the government used riot police against angry teachers in Salonica.

The struggle against neoliberal “reforms” in education is by no means over in Greece. 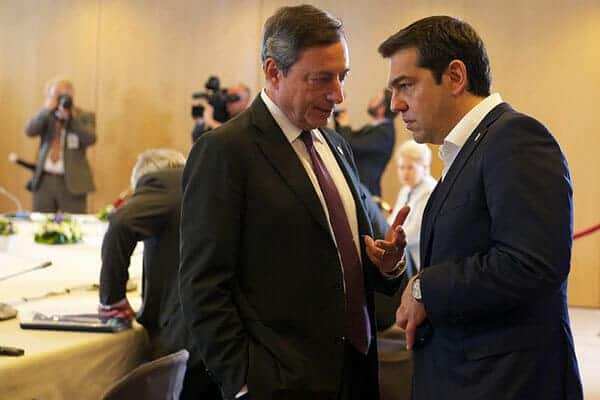 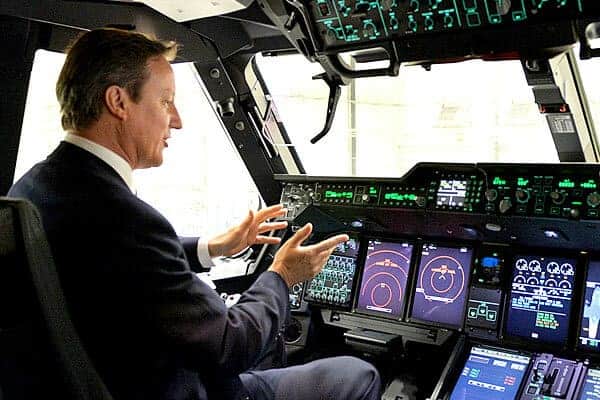 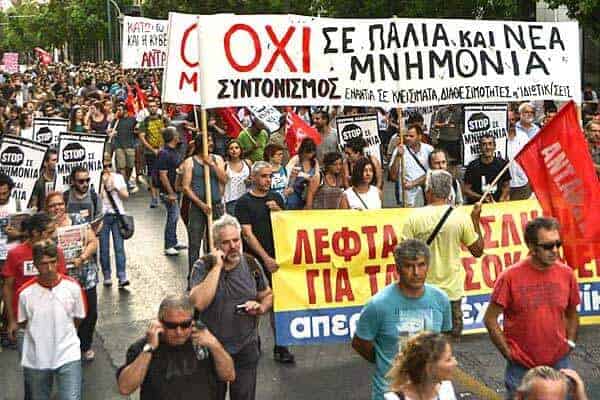