An estimated 40 people were hospitalised during the democracy protests in Hong Kong last weekend.

Police used batons and pepper spray against protesters, and were filmed kicking and punching them.

Protesters have been camping out in central Hong Kong since September. They are campaigning against plans by the Chinese government to allow only state-approved candidates to stand in elections.

The police launched their attack after protesters tried to occupy the roads surrounding government buildings.

Huge numbers of people have been arrested, including many student leaders. Members of the left wing League of Social Democrats have been issued with court orders restricting their movments.

People are determined not to abandon the occupations. Student leader Oscar Lai told protesters, “We will continue our fight for democracy.

“We will keep up the pressure on our government.”

Police attacked occupiers in the area of Mong Kok night after night. Early on Monday of last week the police attacked those occupying the Admiralty site outside government offices, assaulting and arresting demonstrators.

The term “going shopping” took on a new meaning after chief executive CY Leung called on protesters to clear the Mong Kok site and for shoppers to return.

Protesters returned to the site chanting “we are going shopping”.

A group of secondary school pupils staged a barefoot walk around the government headquarters last weekend.

They knelt down after every 28 steps and walked around the buildings nine times to remember the police’s use of tear gas on 28 September.

Young workers are also joining the protests. Police attacked one protester who was walking to work with his briefcase after helping to defend the protest.

The Chinese Central Government and government of Hong Kong Special Administrative Region has refused a delegation of British MPs entry into Hong Kong.

They were told they should not get involved with internal affairs.

The street occupations have been inspiring, and have shown determination and imagination.

But the Hong Kong state is out to win the propaganda war against the democracy movement.

The protesters need a strategy to re-build the popular support they had at the beginning if they are going to succeed. 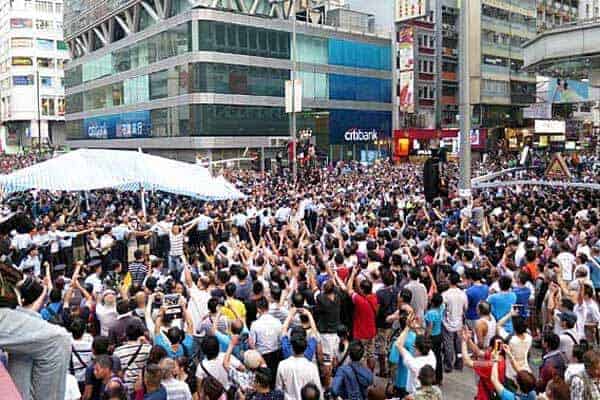 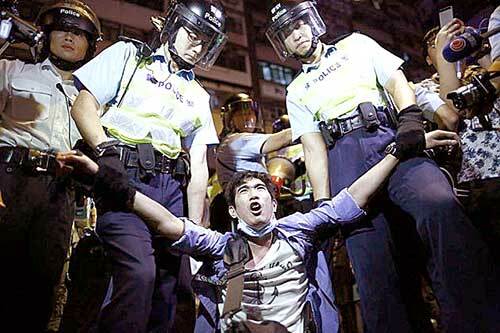