Savita Halappanavar died because of “medical misadventure”, an inquest jury in Ireland has ruled unanimously.

She was repeatedly denied a life-saving abortion in Galway last October because, as one midwife told her, “Ireland is a Catholic country”.

The inquest concluded that Savita died of sepsis, e-coli and miscarriage. Her husband Praveen said she was treated in a “horrendous, barbaric and inhumane” way and “she was just left there to die”.

Savita had been told that her foetus was unviable. Yet she was refused an abortion because it still had a heartbeat.

Obstetrician Dr Peter Boylan told the inquest that Savita would have lived if she been given a termination during her first three days in hospital.

But he said this would not have been granted because there wasn’t a “real and substantial risk to her life at that stage”.

The jury made nine recommendations. A key one is that the Irish Medical Council should clarify when doctors can intervene to save a pregnant woman’s life.

The verdict will put more pressure on the Irish coalition government to change abortion law. But it’s unlikely that any change will allow women to access abortion unless their life is at risk.

And Savita’s case shows that refusing to grant an abortion until a woman’s life is deemed to be “at risk” can lead to women dying.

Anger in Ireland as Margaretta D'Arcy is jailed

United fight for education in Ireland 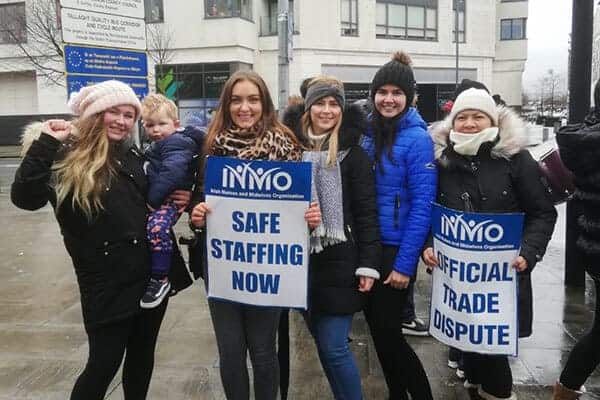