This article is over 13 years, 8 months old
After ten years of fighting a guerilla war, Nepal’s Maoists have been elected to government. Yuri Prasad asks if their radicalism will survive
Downloading PDF. Please wait...
Tuesday 22 April 2008

The victory of the Maoist communists in Nepal, who won almost half of the seats in last week’s constituent assembly elections and are now set to form a government, has rocked the country.

Reports have given the Communist Party of Nepal Maoist (CPN-M)119 of 239 directly elected district seats, with results yet to come from about 20 more. The Maoists were also well positioned for a large share of 335 seats to be awarded proportionally.

For more than ten years the Maoists have fought a guerrilla war against the Royal Nepalese Army, and the monarchy and landlords that it protected.

The scale of the Maoist’s victory is a blow to the US’s policy in the region.

Both the US and Britain helped arm the Royal Nepalese Army and the US state department has described the CPN-M as a “terrorist organisation”.

In 2005 King Gyanendra dismissed the elected Nepalese government in order to take direct charge of the fight against the insurgents – then believed to be in control of 80 percent of the countryside.

A year later a general strike and uprising – in which the Maoists played the central role – faced down massive repression and forced the king into a humiliating climbdown.

Parliament was recalled, King Gyanendra’s powers strictly curtailed and elections called. In return the CPN-M agreed to put down its guns and return to being a legal party.

The newly elected government’s first task will be to draw up a new constitution. It is possible that this will see the monarchy abolished altogether.

Yet amid the celebrations on the streets of the capital Kathmandu there are also worries about the future.

Some commentators are predicting that the Maoists in power will be far less radical than their rhetoric would lead many to believe.

Baburam Bhattarai, who is seen as the CPN-M’s deputy leader and a likely candidate to be prime minister, told a press conference last week, “Our immediate agenda is not to build socialism, but to build a strong economic foundation… to develop industrial capitalism, to abolish all remnants of feudalism.”

Bhattarai said that the main challenge would be to prevent “reactionary forces” from creating instability, and meeting economic growth expectations.

He said, “There will be full scope for the private sector and nothing will be nationalised or socialised. There is no reason to panic.”

Nevertheless millions of poor people in south Asia, who face a daily battle for survival, will be cheered by the Maoist victory, believing it to be a chance to redistribute land from the wealthy and create decent jobs, housing, health and education services.

They will be hoping that Bhattarai’s statement is merely an attempt to calm the nerves of the US and Indian governments, and that the Maoists remain committed to radical social change.

Only time will tell if their hopes will be realised.

Revolt from below threatens Mugabe’s stranglehold on Zimbabwe 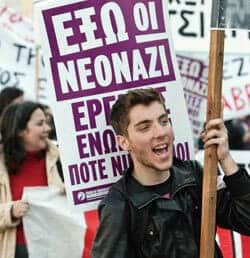 Left and right prepare for battle in new Greek elections

Sweden: Anger on the streets after fascists gain in elections