Marikana miners to return to work after accepting 22 percent

This article is over 9 years, 4 months old
Striking miners at the Marikana platinum mine in South Africa say they will return to work on Thursday morning after accepting a new offer from British-owned mining company Lonmin.
By Ken Olende
Downloading PDF. Please wait...
Wednesday 19 September 2012

Striking miners at the Marikana platinum mine in South Africa say they will return to work on Thursday morning after accepting a new offer from British-owned mining company Lonmin.

Other workers at the mine will receive an increase of between 11 percent and 22 percent. Miners will also get a one-off payment of 2,000 rand (£150).

This is less than the 12,500 rand across the board that the miners were demanding, but is still a considerable victory.

Zolisa Bodlani, one of the five leaders elected by the striking miners said, “If no people were killed, I’d say this was a great achievement.”

Police massacred 34 striking miners on 16 August and injured another 78. The fight for justice for these workers will continue after the strike ends.

Thousands of miners gathered with their families on Tuesday evening at a football stadium to sing victory songs.

Some chants praised their new union AMCU, the new union that led the strike, while denounced the old, compromised NUM union.

One ran, “AMCU is coming. We told them and they are coming.” A banner read, “Death certificate—first name: NUM, cause of death: corruption.”

Other miners are still striking for higher pay. Workers at Amplats, South Africa’s biggest platinum producer, marched near Rustenberg on Wednesday to demand that their wage claim is met.

“Police asked them to disperse and when they wouldn’t, police used tear gas, stun grenades and rubber bullets to disperse the crowd,” said a police spokesperson. “We’ve said from the start that we would not tolerate illegal gatherings.”

The victory at Lonmin is liable to increase pressure for industrial action organised outside the control of the NUM. That union is the biggest in South Africa’s Cosatu union federation, which is closely allied to the ANC government.

“We want management to meet us as well now,” an AMCU organiser at Impala Platinum, the second biggest platinum producer, told the Reuters news agency.

This week Cosatu met for its annual congress just outside Johannesburg. The existing leadership was re-elected unopposed, sespite the wave of radicalism sweeping through South Africa’s working class.

Bosses complain that labour costs are uncompetitive. JP Morgan warned, “The outcome of the negotiation at Marikana will likely set a new benchmark for mining more generally and wage costs are set to rise substantially.” 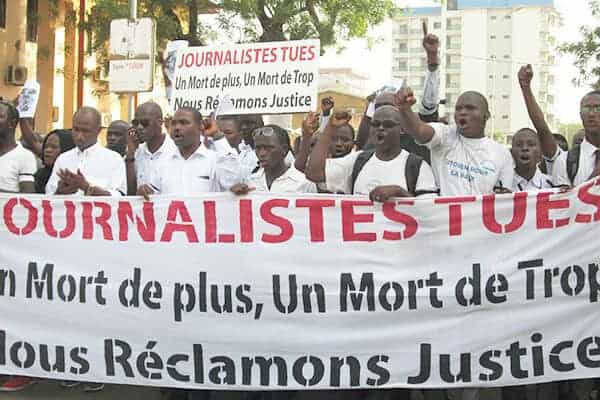