This article is over 14 years, 7 months old
Protesters from across Germany and beyond will gather in the city of Rostock this weekend for a series of demonstrations against the G8 summit of world leaders that takes place there next week.
By Stefan Bornost
Downloading PDF. Please wait...
Tuesday 29 May 2007

Protesters from across Germany and beyond will gather in the city of Rostock this weekend for a series of demonstrations against the G8 summit of world leaders that takes place there next week.

A broad coalition of trade unions, anti-poverty campaigners, churches and NGOs has come together to oppose the G8’s agenda of neoliberalism and war. Organisers estimate that up to 100,000 protesters will converge on the city.

The movement has been galvanised after police raids on protesters two weeks ago triggered a wave of spontaneous protests.

Now the media is full of stories about the German police intercepting letters to activists and using sniffer dogs to identify them in crowds – tactics associated with the Stasi, the former secret police of East Germany.

The policing operation at Rostock involves building a 12 kilometre long ‘security wall’ around the venue – another move that has not gone down well in the former East Germany, where popular revolts brought down the hated Berlin Wall in 1989.

Germany’s right wing chancellor Angela Merkel had sought to emulate Tony Blair’s strategy two years ago by using the G8 summit to boost her credentials over issues such as climate change and tackling world poverty.

Now it looks as though the climate change deal has been scuppered – and people are increasingly questioning her over the issue of poverty.

A widespread sense of disillusion at Germany’s ‘grand coalition’ government, which involves both the right wing Christian Democrats and the centre left Socialist Party (SPD) is fueling the protests.

This disillusion is now coupled with increasing public anger at Germany’s role in the ‘war on terror’. Under pressure from Nato, German Tornado fighter jets have been sent to the south of Afghanistan to provide ‘technical assistance’ for US bombing raids.

These shifts all come at a time when the government is already unpopular for ramming through neoliberal economic ‘reforms’ such as raising the retirement age from 65 to 67 and slashing corporation tax by 10 percent.

One indication of the prevailing left wing mood in Germany is the high level of public support – 77 percent according to polls – for striking Deutsche Telekom workers.

Some 15,000 telecoms workers are now in their third week of industrial action against plans to outsource 50,000 jobs and slash wages by up to 20 percent. This support comes despite a massive propaganda drive from Deutsche Telekom bosses.

Germany’s economy is booming, with the largest growth rates since 1992 and record-breaking corporate profits. Yet real wages are dropping.

Outsourcing jobs has become a common tactic. The number of people working in temporary agency jobs has soared as companies such as Daimler Chrysler and Siemens sacked workers and rehired them on new contracts.

The influential weekly news magazine Der Spiegel describes the Deutsche Telekom strike as a battle whose outcome will determine the relationship between bosses and workers for years to come. It is the country’s first major strike against the neoliberal corporate restructuring.

This has led to a huge crisis in the SPD. A recent poll suggested that 58 percent of SPD members think the party has betrayed its principles by joining the grand coalition. Around a third are thinking of leaving – and 9 percent are considering joining Die Linke, the new left wing party.

That’s 50,000 potential new members for Die Linke, which will be formally launched as a unified party later this month. It follows a series of strong election showings, and the party has also been active in building solidarity for telecom workers.

But the biggest new development is the peace movement. We are planning a huge national demonstration in September against the decision to send German troops to Afghanistan.

It is the issue with the greatest chance of splitting the grand coalition – around one third of SPD and Green MPs voted against sending in the Tornados.

That decision reversed a longstanding SPD policy of bringing in neoliberal economic measures, but maintaining a degree of popularity by keeping Germany out of the wars in Iraq and Afghanistan.

The movement’s main challenges are to get as many people to Rostock as possible and to make the politics of the protest visible – in particular, we need to make the anti-war message central to the demonstrations.

This could be the springboard for three things – bringing together traditional trade union militants with younger people with an internationalist outlook, reviving the anti-war movement across Germany over the Afghanistan issue, and building Die Linke as a radical alternative to the discredited policies of the SPD.

Stefan Bornost is editor of Marx 21, a new socialist magazine in Germany that will be launched at the G8 summit protests 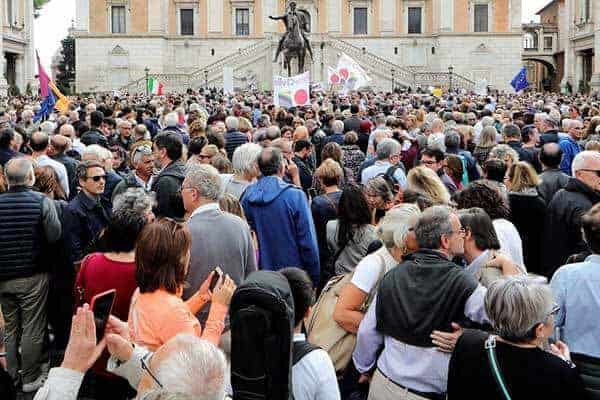 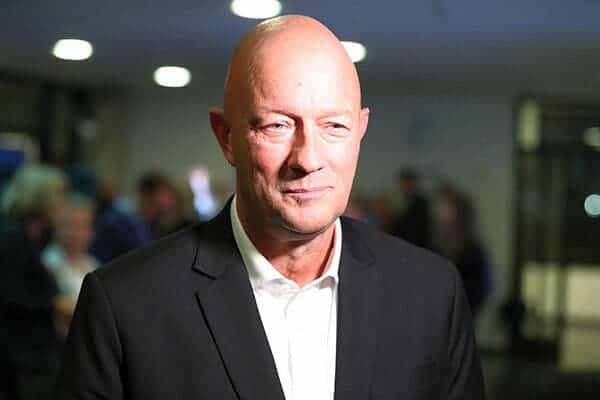