Blaise Compaore ruled over Burkina Faso in West Africa as a dictator for 27 years. But mass demonstrations in the country’s capital Ouagadougou last week forced him to resign and flee the country.

The protests have toppled the ruler of one of the world’s poorest countries as he tried to change the constitution to grab more time in office.

The military has now said it has taken “temporary” control and will restore order.

Lila Chouli is a researcher on social movements in Burkina Faso. She told Socialist Worker about the nature of the uprising.

“A popular insurrection forced Compaore to flee,” she said. “But the army is trying to steal this victory. The omnipresence of the army has been a central aspect of political life since independence in 1960.

“Compaore’s regime was military, despite its civilian appearance.”

But the military is not united. Army chief General Honore Traore announced he was in command. But within days he was replaced by Lieutenant Colonel Isaac Zida, who had run Compaore’s presidential guard.

“It has been described as an army within an army. For years there have been demands for it to be disbanded.

“Sections of civil society and the political opposition have jumped to accept this transition led by the army. But they are under pressure from the street which has unequivocally rejected it.

“There is still everything to play for.”

“However the youth would have come out anyway to oppose Compaore’s project. Ever since the assassination of journalist Norbert Zongo in 1998, popular movements have taken off in both the cities and the countryside.

“In 2011 there was a movement of protests and strikes. The current movement is part of the same historic sequence.

“New forces have emerged on the streets since 2013, in the run-up to the 2015 elections—new campaign groups, new political parties. But other trade union and campaigning groups have put down popular roots, and these still represent a lot.”

Most people have taken to the streets because they want an end to poverty and a real improvement in their living conditions.

“Some 46 percent of the population live below the poverty line,” said Lila. “It’s a very young society—around 60 percent of the 17 million Burkinabes are under 25. They see few things to look forward to.”

Burkina Faso is bordered by Mali to the north, Niger to the east, Benin, Togo and Ghana to the south and the Cote D’Ivoire to the west.

It has been a close ally of its former colonial power, France, and the US. Both have military bases there.

The US uses it to launch drones to spy on possible opponents across the Sahel region.

The French government sees it as key to its “Francafrique” policy of maintaining dominance over its former colonies. “Under Compaore Burkina Faso was effectively a pillar of Francafrique in the sub-region,” Lila said.

Both France and the US hope that a new leadership will emerge in Burkina Faso that has democratic legitimacy and no trace of hostility to capitalism.

Lila said, “That would be a better way of defending their policies in the sub-region.”

France’s Operation Barkhane aims to target “extremists” in neighbouring countries. Lila said this “appears to be diminishing the importance of Burkina Faso as a base in the ‘fight against terrorism’. It is a regional force also involving Mali, Mauritania, Niger and Chad.

“However, we know that General Traore was in talks on 30 October with the political opposition and the French ambassador.”

The next day Zida reassured France that Burkina Faso would stick to commitments made by Compaore. 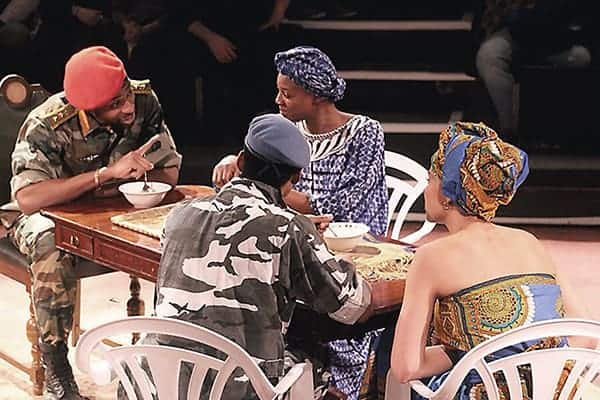