Millions in France on strike against Sarkozy

This article is over 12 years, 11 months old
"Nobody notices when there’s a strike anymore", French president Nicolas Sarkozy declared last summer. On Thursday of last week he was made to eat his words.
Downloading PDF. Please wait...
Tuesday 03 February 2009

“Nobody notices when there’s a strike anymore”, French president Nicolas Sarkozy declared last summer. On Thursday of last week he was made to eat his words.

Up to 2.5 million people took part in strikes and demonstrations across France that day to protest against Sarkozy’s handling of the economic crisis.

They are faced with attacks on pensions and public services, a 10 percent unemployment rate and wages that no longer keep pace with the cost of living.

The government has found 26 billion euros to bail out France’s banks while thousands of workers are being laid off. Postal, transport and media workers who face attacks on their services were joined by civil servants, hospital staff, teachers and students.

A number of private sector workers, including bank staff, car industry and shop workers, also took part in the action. In many towns groups of workers from small private firms were demonstrating for the first time.

Sarkozy knows that every right wing government in France in recent years has been knocked off course by powerful protest movements.

His own strategy has combined attacks on workers – some of them successful – with tactical retreats. In December he expressed concern that the riots sweeping Greece could create a new May 1968.

Faced with this prospect he shelved reforms of the secondary school curriculum along with plans to introduce laws on Sunday working.

Early in the new year some MPs were expressing concerns about a significant social movement developing in France. “People think public money is being given to bankers but nothing is being done for them,” said one. “They support those taking to the streets.”

The current mobilisations are the biggest in France since the huge movement against the CPE plans to casualise youth labour that brought millions onto the streets in 2006.

Those demonstrations were led by students, but last week’s protests were mostly made up of workers.

Over 200 demonstrations were organised across France. Some 60,000 marched in Bordeaux behind a banner that summed up the mood: “The crisis is them – the solution is us.”

At the moment the movement is broad-based but its demands are currently very general.

If the unions can maintain a united front and put forward specific demands to mobilise around, the momentum of last week’s demonstrations can act as a springboard for further action.

I could not miss the first general strike of my life – so although I don’t work in the public sector in France, I was determined to show solidarity and took strike action on Thursday of last week.

My local demonstration was in Dijon, and I could not believe the numbers marching in support of the strike – far more than I have ever witnessed in my home town of Sheffield, which is a far bigger city. 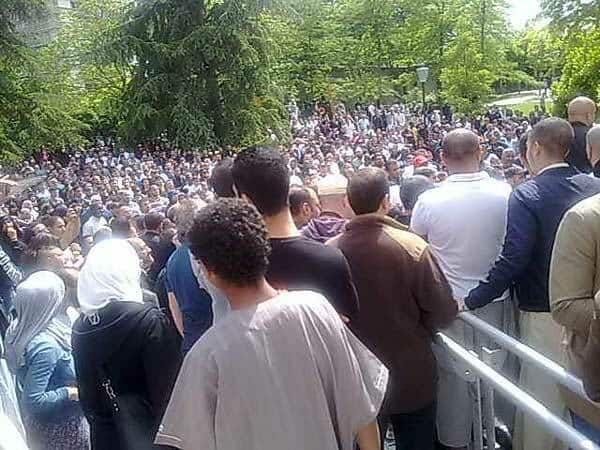 Why did the Tories win the election?