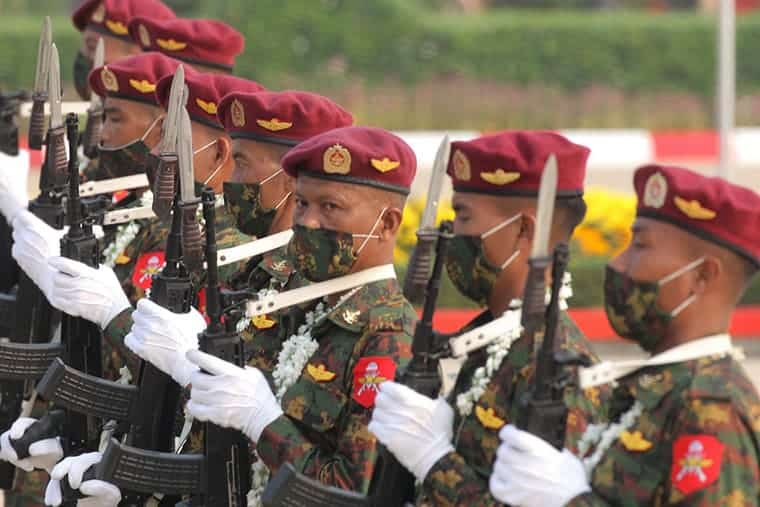 Democracy activists in Myanmar fighting the military dictatorship must be wondering what they have to do to capture the attention of the world’s media.

Regime general Min Aung Hlaing this week used a speech to boast that he plans to “annihilate” the country’s radical opposition. He is already waging war on overwhelmingly young rebels in the main towns and cities, and against ethnic groups seeking freedom in the countryside.

An outline of Hlaing’s plans can seen in the western province of Magway. The Myanmar Now website reports resident Tin Tun mourns his wife and three year old daughter, and eight other members of his family killed by government troops.

Regime soldiers captured Tun’s village, rounded up civilians and then began shelling the area in a bid to ward off resistance fighters. They then looted everyone’s property. In a battle that followed most of the captured civilians were killed. Some of their burnt bodies were dumped next to their houses.

What happened to Tun’s family is being repeated across the country—and will likely now be stepped up after Hlaing’s speech. Nevertheless, the Asean group of south east Asian nations seems to be moving to an accommodation with the regime.

Cambodia, widely seen as a conduit for China, is proposing to bring Myanmar back into the Asean fold with talks with all the country’s “stakeholders”. The move is part of an attempt to stop the democracy and ethnic insurgency spreading “instability” across the region. 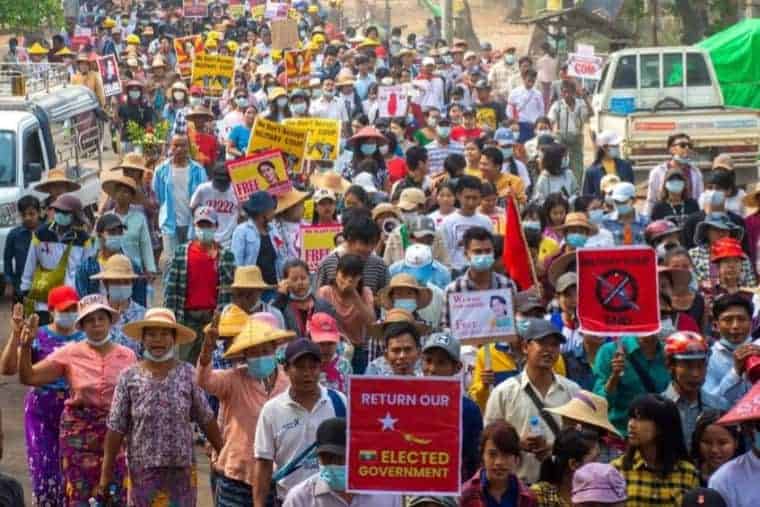 A year of revolt in Myanmar against a brutal regime