This article is over 13 years, 7 months old
Up to a million people gathered across South Korea on Tuesday of this week to commemorate the 21st anniversary of the 1987 June Struggle.
By CJ Park in Seoul
Downloading PDF. Please wait...
Tuesday 10 June 2008

Up to a million people gathered across South Korea on Tuesday of this week to commemorate the 21st anniversary of the 1987 June Struggle.

The June Struggle was a milestone in the history of democracy in South Korea. It ended the military dictatorship and brought many democratic reforms.

Above all, it gave working people confidence that they have the power to stop oppression and exploitation. It inspired a generation of social and political activists.

This year, however, people are not just commemorating what happened 21 years ago.

Instead, they are re-enacting the struggle in real life – and many are hoping to bring down the current right wing government of president Lee Myung-bak.

The candlelight protest movement that began in early May started as a campaign against the new government’s decision to lift the ban on US beef imports – which are rightly seen as risking mad cow disease and as dangerous to people’s health.

The movement has now grown to became a mass protest for democracy and wider change.

More than 200,000 people gathered in the centre of Seoul last Saturday to support a 72 hour siege of the City Hall plaza which continued over the long holiday weekend.

Candlelight protests were also held in more than 100 cities nationwide and even in some cities abroad. Protests have been met by riot police.

Families camped out on the lawn of City Hall plaza. People marched toward the presidential house round the clock demanding the president step down.

“Lee Myung-bak Out” was the most popular slogan. High school students chanted “No US Mad Cows” and “Down, Down Lee Myung-bak”. University students and organised workers are calling for a strike.

Amazingly, it is not the end of a presidential term. The president has been in office for just over 100 days.

His recent “popularity” rating was only 16 percent. Clearly, the Lee Myung-bak government is in a deep crisis.

This crisis started as soon as he took office.

The new president gave government posts to his close friends and allies, congregation members of his church, and those living in the wealthy area of Kangnam who got rich by illegal speculations in real estate.

In particular when Lee Myung-bak gave cabinet posts and presidential staff jobs to the rich of Kangnam, people realised that the government is made up of people who are living in a completely different world from ordinary working people.

Most people feel that the government doesn’t even try to understand the reality of working people’s lives.

To add insult to injury, the Lee Myung-bak government showed its stubborn determination to go ahead with widespread privatisation of the public sector and the planned construction of a major grand canal project.

More than 70 percent of South Koreans now oppose this project. They fear that it will bring environmental disaster.

The government’s business friendly policies are transferring the heavy burdens of oil and food price rises to the poorest people.

It is marketising state schools, which will encourage competition among students and between schools.

This is the backdrop to the current mass protests in South Korea. The struggle for democracy has been revived.

Ordinary working people of South Korea will once again show that the real power belongs to us and not to the rich. 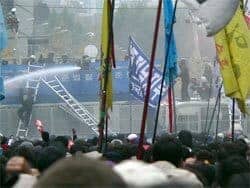 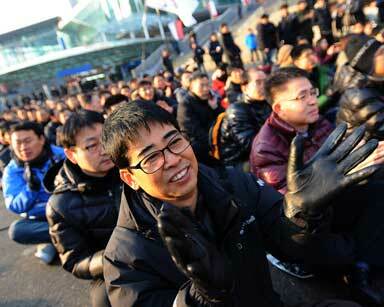 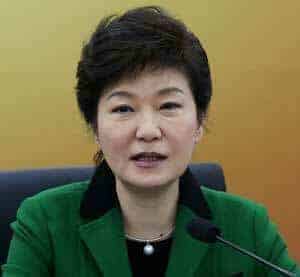