The Nigeria Labour Congress (NLC) says the strike will begin on Tuesday 16 November.

NLC leaders are particularly angry at the role of Anglo-Dutch oil giant Shell. NLC leader Adams Oshimhole says that the company is an “enemy of the Nigerian people”. It has worked hand in hand with the government, and began legal action this week to try to halt strikes at its operations.

Shell accounts for about half of Nigeria’s daily exports of 2.5 million barrels. The NLC, which heads a coalition of democratic and campaigning groups, says the general strike will be indefinite, and affect both the production and export of crude oil.

Pickets and protests in Greece as workers go for general strike 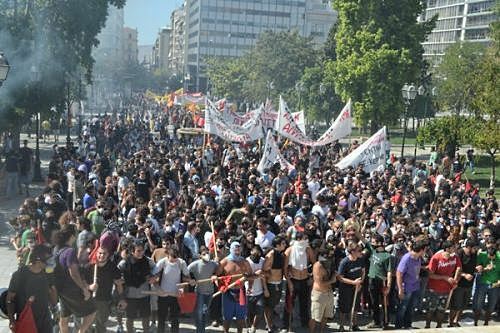