This article is over 19 years, 1 months old
THREE DAYS of rage. Three days of hatred based on religious and ethnic differentiation. Three days of barbarism. That is all capitalism can offer the oil-rich and populous country of Nigeria, the world's sixth largest oil producer.
By socialist in Nigeria, Femi Aborisade
Downloading PDF. Please wait...
Saturday 07 December 2002

THREE DAYS of rage. Three days of hatred based on religious and ethnic differentiation. Three days of barbarism. That is all capitalism can offer the oil-rich and populous country of Nigeria, the world’s sixth largest oil producer.

Massive violent demonstrations took place in the city of Kaduna in November. Kaduna is the capital of Kaduna state, a predominantly Muslim northern state with significant ethnic minority groups. Some 220 people lost their lives, 22 churches and eight mosques were burnt, and scores of houses, shops and vehicles were set alight. The immediate cause was an article written by the journalist Isioma Daniel, and published in the Thisday newspaper.

This suggested that if the prophet Mohammed were alive he would have chosen one of the contestants in the Miss World contest set for Nigeria to marry. Muslims saw this as blasphemous. The violence in Kaduna reflects the timebomb ready to explode because of poverty, economic hardship and political enslavement. The conflict in Kaduna was not essentially religious.

Isioma Daniel’s article was published by a newspaper and not by any section of the Nigerian Christian community.

The anger acquired an ethnic coloration. The house of a former member of staff at the New Nigerian newspaper, who is also a Muslim, was also burnt in Kaduna. There were intra-religious clashes between factions of Islamic sects, resulting in killings of Muslims by other Muslims.

The protesters took up political issues. They held placards attacking local politicians and stormed the government house in Kaduna. The protests will prove to be a dress rehearsal compared with greater social explosions that will occur in the future.

The Christian Association of Nigeria has pledged to fight fire with fire in the future. In every part of Nigeria, particularly the north, there are huge armies of unemployed youths who have had no education or who dropped out of school because they couldn’t afford it.

There are huge armies of educated but unemployed youths who cannot find employment. This is because of the government’s anti-people and pro-IMF/World Bank policies. All these sections of Nigerian society are set to explode. The Nigerian labour movement holds the key to stopping division and the killing of poor people by poor people.

Poor people’s energies should be refocused in united actions against the capitalist ruling class. 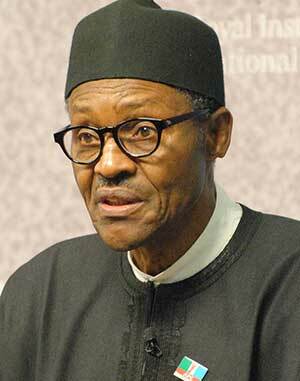