Farm owner Nikos Vangelatos and his head foreman were acquitted, despite admitting to the shooting.

Two other foremen were given jail sentences for aggravated assault and illegal firearms possession, but freed pending appeal.

Outside workers wept—and protested. Their rallies have been a regular feature outside the court. And it was their protests in the village of Manolada that forced the issue into the open last year.

Around 200 workers, mostly from Bangladesh and Pakistan, had gathered to confront their bosses about six months of unpaid wages. Bosses shot at them, injuring 28, four seriously.

The workers built big protests in the area and a solidarity campaign across Greece. Activists from the Keerfa anti-racist campaign and the Union of Immigrant Workers (UIW) supported their struggle.

Deep in crisis and at the border of Europe, Greece has seen an increasingly vicious clampdown on migrant workers.

Dozens have drowned after confrontations with police coastguards on their way into Greece, and tens of thousands have been interned in cramped prison camps.

This atmosphere of terror makes it easier for bosses to deny workers their wages, or force them to live in squalid conditions.

Now the court has given bosses a licence to put them down with violence if they try to fight back. 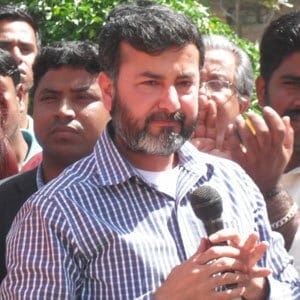 Javied Aslam, president of the UIW, told Socialist Worker, “We are very disappointed. This is not fair justice.

“The court treated the people who were injured and their union like we were the criminals—and protected the other side. Vangelatos even attacked people inside court, and the officials did nothing.”

The outrage was widespread.

The largest trade union federation GSEE made a rare criticism of the verdict, saying, “To shoot and injure people who dared to ask for six months in unpaid wages cannot be described as a mere assault.”

It also condemned the workers’ living conditions and lack of rights.

A number of MPs joined the criticism, such as Vassiliki Katrivanou of the left wing opposition party Syriza. She said, “It sends the message that a foreign worker can die like a dog in the orchard,” and warned that it would set a precedent.

It divided the fragile coalition government.

MPs from the Labour-type Pasok party criticised the verdict, while others from Tory-type New Democracy backed the bosses.

And Supreme Court prosecutor Efterpi Koutzamani demanded a copy of the verdict as soon as it is published. He has been leading the investigation into the Nazi party Golden Dawn.

The workers and their lawyers have vowed to fight on, possibly at European courts. Javied said, “It will take some time, but we will carry on. We will get our justice.” 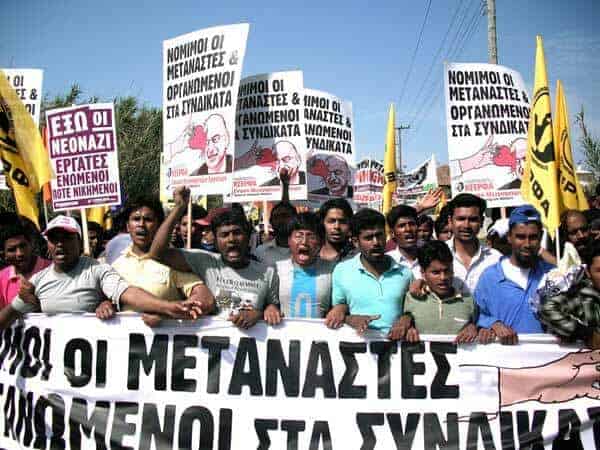