This article is over 21 years, 0 months old
WHILE BILL Clinton, the outgoing US president, attempted to broker a new peace deal between Israel and Palestine over Christmas and the new year, Israeli troops continued their brutal murder of Palestinians.
By Matthew Cookson
Downloading PDF. Please wait...
Saturday 06 January 2001

WHILE BILL Clinton, the outgoing US president, attempted to broker a new peace deal between Israel and Palestine over Christmas and the new year, Israeli troops continued their brutal murder of Palestinians.

Over 350 people have died since the beginning of the intifada, or Palestinian uprising, three months ago. The majority of the dead are Palestinians. Clinton tried to push through a deal between Ehud Barak, the prime minister of Israel, and Yasser Arafat, the leader of the Palestinian Authority (PA). This deal has been presented as the only hope for peace in the Middle East. In fact it is a con.

According to its supporters it will create an autonomous Palestinian state in the Gaza Strip, the West Bank and Arab East Jerusalem, which Israel has militarily occupied since 1967. It is claimed that the PA would control around 95 percent of the West Bank, but the Dead Sea is included in this calculation. The PA would in reality control around 65 percent of the area.

Clinton’s plan would still leave Israel in control of huge areas of the West Bank, as many of the Jewish settlements would remain in place. It would also give Israel control of a six to ten mile corridor from Jerusalem through the West Bank.

The deal offers nothing to the four million Palestinian refugees who have lived in poverty and refugee camps across the Middle East for the last 52 years. While every Jew in the world has the ‘right of return’ to Israel, Arabs have no right to return to their homeland. The US peace plan calls on Palestinian refugees to forgo any thought that they could return to their homes in what is now Israel.

Palestinians would also have to renounce any further claims against Israel. This is why there is enormous pressure on the leadership of the PA to reject the deal and argue for real justice for Palestinians. The Middle East crisis has forced Ehud Barak to call a new election, which will take place on 6 February.

He will be standing against the right wing hardliner Ariel Sharon, leader of the Likud Party. Arabs despise Sharon as the man who led the Israeli invasion of Lebanon in 1982. Around 2,000 Palestinian civilians were massacred by Christian fascist troops in the Sabra and Shatilla refugee camps while Israeli soldiers, under Sharon’s orders, looked on.

Sharon has been arguing for increasing the use of force by the Israeli army against Palestinians. His slogan is, ‘Let the army win’. Some commentators see the election as a fight between those who are for the peace process and those who are against it.

Sharon is currently 19 points ahead of Barak in the opinion polls and looks set for victory. But nobody should see Barak as an alternative. Under Barak, persecution of Arabs has continued. Their land has been confiscated, movement between Arab towns stopped and the economy devastated as the land grab by Israeli settlers goes on.

The real hope for peace in the Middle East is not to be found among Israeli or Palestinian politicians. It is with the Palestinian people who have risen up against their generations-long oppression and forced their needs onto the agenda.

Upsurge from below can defeat Israel's terror attacks 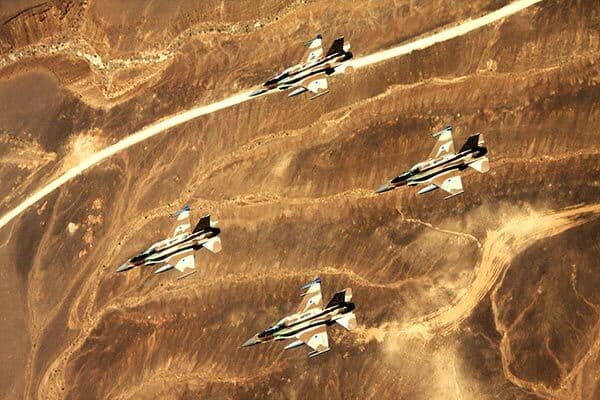