On the fascist march flags with Celtic crosses and other fascists symbols flew alongside banners. They read, “Europe will be white or depopulated”, “White Europe of brotherly nations” and “Pure blood, sober mind”.

Nazi Tommy Robinson from Britain was also on the march.

Before the march one brave woman unfurled a banner in a Catholic mass attended by Nazis. It quoted former Polish pope John Paul II saying that racism is a sin. She was roughly bundled out of the church.

People carrying a banner to show the similarities between today’s fascists and Hitler’s Nazis were arrested for propagating fascism because it had a swastika on it.

A group of eight courageous women infiltrated the fascist march with a banner saying, “Stop fascism”. They were kicked, spat on and dragged out of the march by stewards. The police were nowhere to be seen.

They allowed the thugs to police themselves—but on the anti-fascist demonstration the police were everywhere.

Over the last few years the fascists have seized the opportunity of mobilising people behind their banners on Poland’s Independence Day. Their so-called “Independence March” is many, many times bigger than anything else they can organise during the rest of the year.

For several years right wing politicians, journalists and broadcasters have normalised the fascists. They have called them “patriots” who are merely opposed to neoliberalism.

Since its election in 2015, the racist right wing Law and Justice party has intensified this kind of propaganda. This provides an alibi for many people who are not fascists to attend the march.

And the government spews out racism against refugees through the state broadcaster. There is often little difference between the government’s rhetoric and that of the fascists.

The antifascist demonstration was much smaller, but it did number thousands and had new people taking part for the first time.

Significantly the campaign to label the fascists as “fascists” has begun to bear fruit. Many more people are aware of the fascist nature of the Independence March organisers.

Contrary to some reports the fascist march was not the biggest ever, with both the police and Warsaw council’s estimates smaller than last year. And this year’s police estimate of 60,000 was a huge exaggeration, meant to please interior minister Mariusz Blaszczak.

He had said the march “was a beautiful sight”. “We are proud that so many Poles have decided to take part in the celebrations related to the Independence Day holiday.”

This is not to minimise the fascist danger.

But the reaction in Poland and abroad has caused the government to retreat a little.

The culture minister was wheeled out on Sunday to say that the government does not support the racist banners on the march. And Blaszczak claimed not to have seen them.

We have seen these massive marches for some years now. But on Saturday many anti-fascists felt that we have only begun to tap the reservoir of people disgusted by the fascists. And that we can grow significantly if we reach out to them.

Andy Zebrowski is a revolutionary socialist in Pracownicza Demokracja (Workers’ Democracy) in Poland. Their website in Polish is at pracowniczademokracja.org
Topics Poland 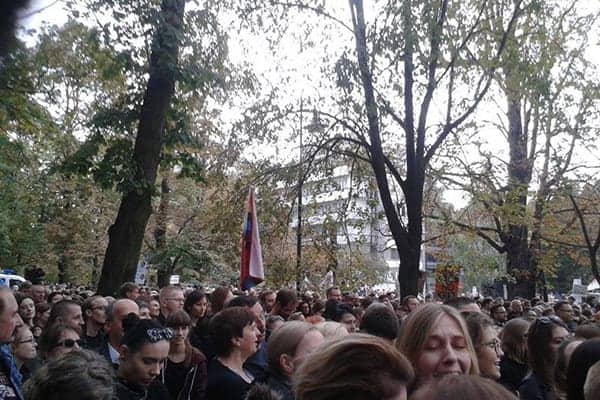 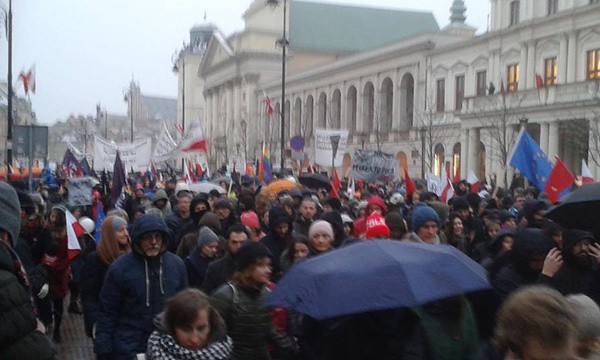 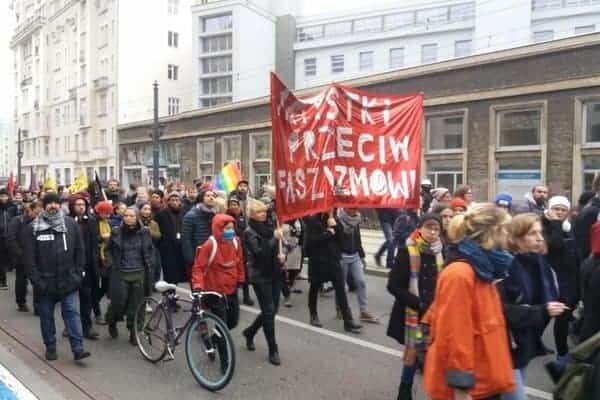