This article is over 16 years, 9 months old
David Seddon has recently returned from Nepal where protests have taken place against King Gyanendra’s assault on democracy. He writes on the background to the events in the Himalayan country
Downloading PDF. Please wait...
Saturday 26 March 2005

On 1 February the king of Nepal declared a state of emergency. The country was cut off for several days from the outside world as the Royal Nepalese Army severed all telecommunications links.

People who might have expressed concern at this move to consolidate the royal coup of October 2002 were detained and jailed or put under house arrest.

The king justified his intervention as designed to ensure strong and effective government capable of crushing the increasingly successful Maoist insurgency.

He said it was needed to move ahead with economic and social reforms that previous governments had been unable to deliver. He claimed to be operating in the name of democracy.

The king promised that there would be significant changes within 100 days, which would demonstrate his commitment to progressive change in Nepal and satisfy his many critics. If he were to have three years in control he would be able to transform the country.

Reactions within Nepal have been mixed.

There has been widespread criticism from quarters the king and the army have tried hard to suppress — the politicians, human rights activists, students and journalists.

More people have been arrested. Others have fled to congregate in Delhi, India, and other foreign cities to organise campaigns for the restoration of democracy and human rights, and to lobby foreign governments and international agencies.

Among the educated “middle classes”, particularly in the capital Kathmandu, there is considerable hostility towards the coup.

But many of them have real concerns about what are seen as the main alternatives. These are a return to the corrupt party politics of the period before the coup, or the coming to power of the Maoists, who have led an insurgency against the state for nine years.

Some ordinary people in the urban areas hold the view that the king should be given a chance to bring peace and economic stability to Nepal.

Others, probably the majority, strongly oppose the king’s intervention and support the restortion of democracy or a Maoist alternative.

In the Nepalese countryside — where the Maoists now hold power — reactions have been difficult to determine.

The Maoists have established an alternative system of government with autonomous regions, and district and village level authorities. Widespread support for the Maoists from peasants and workers in rural Nepal enabled them to establish a strategic advantage over all other forces. But this support has tended to diminish in recent years.

This is largely as a result of Maoist violence against civilians. But the Maoist leadership has recently announced a “rectification campaign” to reduce violence and restore confidence in their movement.

Whatever the degree of coercion and violence exercised by the Maoists, they still have substantial support.

The Maoist leadership is now prepared to move onto the offensive. Temporary blockades have proved effective in the last few weeks and will be introduced again shortly. A renewed military and political offensive has been announced for the coming months.

The reaction by the so called “international community” to the king’s intervention has been broadly critical.

The Indian government expressed concern and emphasised that it had ceased providing him with military assistance.

Jack Straw, the British foreign secretary, called for the restoration of democracy and announced the suspension of British military assistance to Nepal.

The US has proved more cautious in regard to its military aid policy, but is reviewing its position and has also called for the restoration of democracy and human rights.

Nepal is heavily dependent on foreign aid. Some development agencies have made it clear that they will review their programme commitments and others will not make any new aid commitments.

China declared that it considered the latest developments to be essentially an internal matter.

Pakistan was, at the least, ambiguous regarding the coup and its ambassador emphasised its “warm relationship with Nepal”.

There is little, however, to support the notion, mentioned in the royalist press, that China and Pakistan may provide alternative sources of military assistance if the US, Britain and India refuse it.

First, the king and his ministers will do all they can to maintain political control and increase security in the capital and major towns, and then, gradually, restore a semblance of normality.

It is anticipated that many of those currently under arrest will eventually be released on the promise of “good behaviour”.

Imposed censorship of the media is likely to be reduced, in the hope that self-censorship will prove effective. Efforts to increase the dissemination of pro-government and anti-Maoist propaganda are noticeable.

Overtures will be made to the leadership of the political parties to work with the government to agree a framework for the management of political affairs and the eventual restoration of multi-party democracy.

There will be an effort to make the bureaucracy more efficient, to push forward development programmes and projects and to rescue the economy.

The security forces, and the Royal Nepalese Army in particular, will be commanded to initiate and develop a more aggressive strategy towards the Maoists.

The Nepalese king is hoping that the major foreign powers and international agencies will give him the benefit of the doubt.

He hopes they will hold off from making any major moves against the newly established, but profoundly reactionary, political status quo.

They do not at the moment appear inclined to do so, but may shift their position as the situation develops.

The political parties will undoubtedly come under increasing pressure.

This will be on the one hand to join the palace in an alliance and, on the other, from within, to hold onto their democratic credentials, refuse such an offer and develop a coherent alternative.

The parties may split under this pressure, rendering themselves less powerful than before. There is also a chance that a rejuvenated and more committed democratic consensus will emerge, opposed to the authoritarianism of both the palace and the old party leadership.

They have called on the other political parties to break with the palace and join a popular alliance of parliamentary and revolutionary forces to establish a constituent assembly and a democratic republic.

The struggle inside Nepal for the country’s future will intensify further in the near future, whatever the position of the foreign powers and agencies.

David Seddon is the author of several books on Nepal including Nepal in Crisis and, with Arjun Karki, The People’s War in Nepal: Left Perspectives 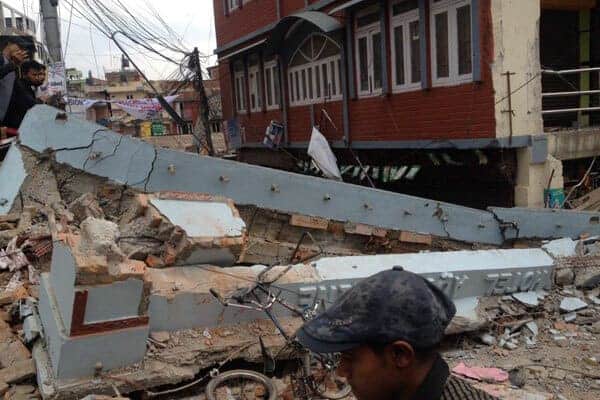