Portugal says no to the cuts

This article is over 9 years, 3 months old
Up to 800,000 protesters took over the centre of Lisbon, Portugal, on Saturday of last week.
By Dave Sewell
Downloading PDF. Please wait...
Tuesday 05 March 2013

Up to 800,000 protesters took over the centre of Lisbon, Portugal, on Saturday of last week.

More demonstrations across 20 other cities brought the total protesting to one and a half million—over a tenth of the population.

Protesters raged against austerity and called for the right wing government of Pedro Passos Coelho to resign.

The demonstration had been called by the “Fuck the Troika” group of activists and Portugal’s largest trade unions.

It has imposed harsh austerity conditions on the Portuguese government following a bailout of its bank debts in 2011.

The two years that followed have been two years of recession, with a third on the way.

Unemployment has reached record levels, and more people are leaving the country than at any time since the 1960s. Massive tax hikes and welfare cuts haven’t helped.

But the government is preparing to cut another £3.5 billion over the next two years, while pleading with the Troika for more time to reduce its deficit. Portugal is in the middle of its seventh austerity evaluation by the Troika.

And the anger is growing.

In September of last year protests of over a

million forced the government to back down on a hike in national insurance payments that would cost most workers a month’s wages.

Those were the biggest protests in Portugal since the revolution that overthrew its dictatorship in 1974.

Now activists report that this demonstration was more organised, with blocks for the different sectors under attack—on the model of the “tides” in Spain.

So nurses and doctors marched together against health cuts and students and teachers formed an education block.

And the spirit of the 1974 revolution has been revived against the current government.

The song was the signal for the military coup that started the revolution.

Other politicians have had the same treatment since. And the crowds in Lisbon sang it together on Saturday.

“I’m thrilled,” said Carlos Mendes, one of those who sang in parliament. “I have not seen so many people together for a long time.

“Now I smell change and revolution.”

Armenio Carlos is general secretary of the CGTP union.

He said that the government “has no political, moral and ethical legitimacy to continue to govern”. 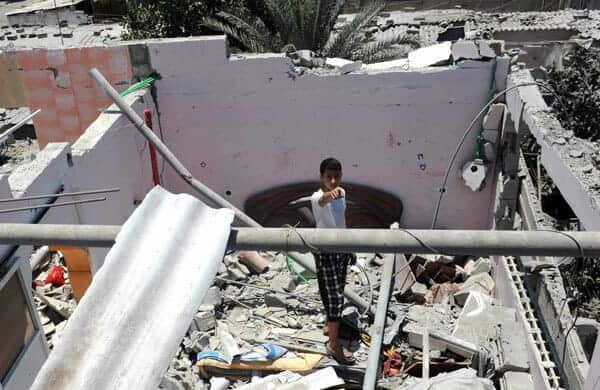 Imprisoned for refusing to join the slaughter