Militant anti-racism and the fight against austerity are coming together powerfully in France. Tens of thousands have joined protests against racism, despite police bans.

And on Tuesday there were mass demonstrations and strikes demanding higher pay for health workers, and an end to cuts and closures.

In Marseille workers threw their hospital gowns on the floor at the end of the march. It was a sign of their bitter anger at lack of funds and low pay.

Everywhere there were placards with messages such as, “Thank you is not enough, we want action,” and, “We don’t want medals, we want cash for workers and hospitals.”

Alice, one of the marchers, said, “If we hadn’t come out today we would never be heard. We said it is now or never.

“A lot of people applauded at 8pm during the worst times of the coronavirus crisis. Now at least some of them are on the street with us. That is very important.

In Paris there was a massive turnout of health workers and supporters. A woman Yellow Vest activist spoke out at a rally about her mum, who had died in a care home of coronavirus. “We had to leave her to die and she was put in a bag, without even washing and dressing her,” she said.

She denounced the government for failing over Covid-19 and not providing the equipment needed.

“The government believed we would be too exhausted to be angry. But the Covid crisis did exactly the opposite. We will hold out until the end. It is out of the question to let the public hospital system die,” said  Olivier, lab technician at Henri Mondor Hospital in the suburbs of the capital.

The day of action was called by seven health union federations, patients’ organisations and campaign groups. 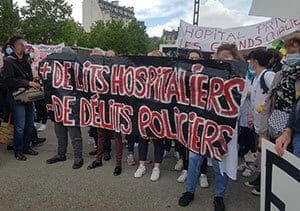 In a joint statement they said successive governments’ austerity has caused “huge problems” in care. “We will no longer be content with fine promises and half measures,” they said.

The action was prepared by several weeks of demonstrations outside hospitals.

Sara, a healthcare assistant in Marseille, told Socialist Worker, “The push for this day of action came from ordinary workers and campaign groups. “There is this very strong feeling that we don’t want to go back to how it was before Covid-19. But unless we do something, all the old, bad arrangements will return.

“In fact it’s worse than that. The government is using the health crisis to push through changes that will make our job harder and leave us with less staff.”

In some areas there were strikes, although they were limited by the staffing crisis that means everyone at the hospital is a critical worker.

Health workers want substantial pay rises for all. Many groups want a rise of 300 euros—£270—a month.

They also want more staff, an end to cuts and a health service that meets everyone’s needs.

Saturday’s anti-racist protest in Paris brought tens of thousands people onto the streets. It was called by the Committee for Adama Traore, which claimed that 120,000 took part.

Adama Traore was a man of African origin suffocated by three police officers in 2016 in Paris.

Assa Traore, Adama’s sister and a leading anti-racist activist, said on Saturday, “The death of George Floyd has a strong echo in the death in France of my little brother.

She urged, “Nobody must remain a spectator.”

Far right Generation Identity activists unfurled a banner with the slogans, “anti-white racism” and, “white lives matter” from the rooftop of a building overlooking the protest. Residents emerged onto their balconies and ripped it up with knives and scissors, to cheers from below.

Assa Traore also backed the health protests. She said, “We have created alliances, with the cleaning women, with the Yellow Vests, with care workers.”

And at a rally on Tuesday she added, “Today we are there for health workers and carers, and we also don’t forget all the people who worked to keep France going during Covid, whether it be the shop workers, cleaners, delivery drivers, and so on. It’s all of us! “

Many of those who marched for the health service identify strongly with the anti-racist revolt, and vice versa.

The authorities have tried to repress anti-racists and on Tuesday the police also used tear gas against health workers’ protests.

Together two powerful movements can fight for a vision of a different world where ordinary people’s interests rule rather than profit and racism. 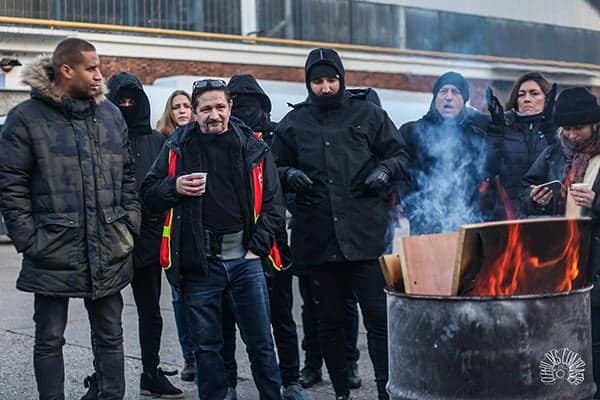 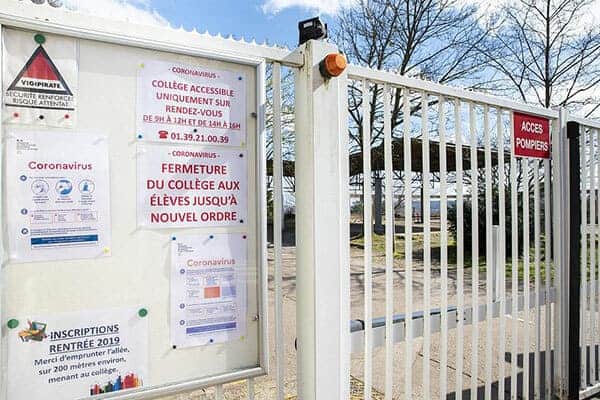 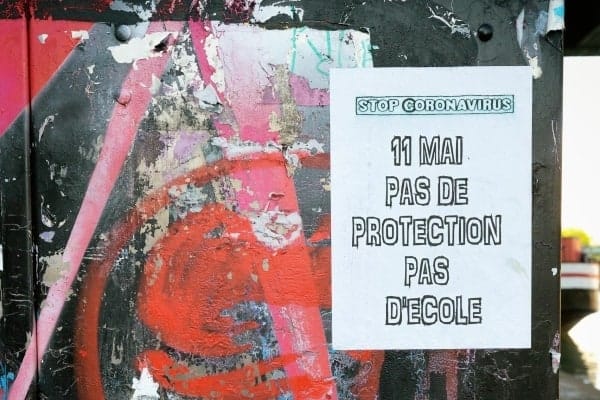 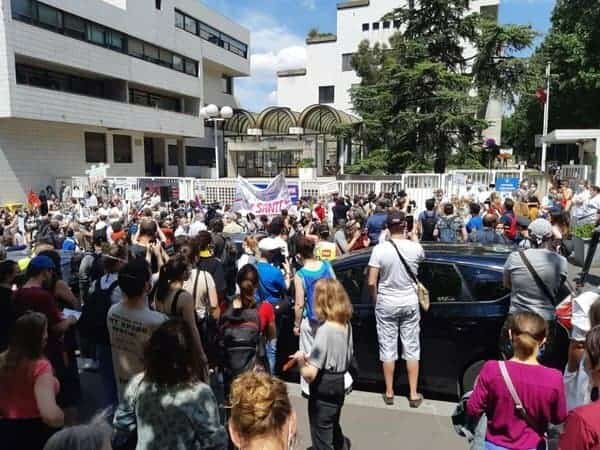 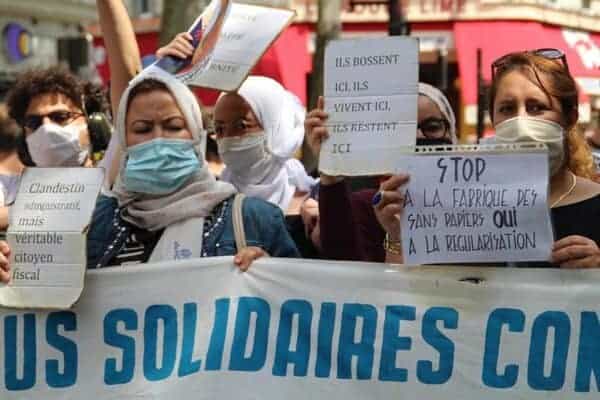