This article is over 9 years, 9 months old
Tens of thousands of Syrians took to the streets on Friday of last week in a mass show of support for the revolution.
By Simon Assaf
Downloading PDF. Please wait...
Tuesday 17 April 2012

Tens of thousands of Syrians took to the streets on Friday of last week in a mass show of support for the revolution.

The Local Coordinating Committees (LCC) called the protests to mark the second day of a United Nations (UN) brokered ceasefire.

They called the day “Friday of Revolution for All Syrians”.

The LCCs documented 771 demonstrations across Syria on the day.

Many were small neighbourhood protests.

Up until recently the demonstrations in Aleppo were mainly focused around the university.

But the student movement was silenced in the run-up to the ceasefire.

Key organisers were arrested, murdered or went to ground.

On Friday Aleppo’s vast working class neighbourhoods rose in revolt—and took angry street demonstrations into the heart of the city.

In Damascus groups of revolutionaries set fire to tyres at key junctions in an attempt to slow down the regime assault on rebel areas.

In the suburbs of the capital armed civilians and rebel soldiers have stuck to the terms of the ceasefire, despite provocations by regime militias.

But the rebels fear the regime is using the truce to bring up heavy weapons in preparation for a new offensive.

The ceasefire, which includes a provision to allow in 250 UN monitors, is double-edged.

The revolutionaries have welcomed it, in the hope that it will ease the scale of the repression.

But the regime has too—because it is desperate to force the opposition to abandon its demands that Assad step down.

And far from easing the repression, the UN is providing the regime with room for manoeuver.

The Western-sponsored Friends of Syria group is insisting that the Syrian opposition take part in dialogue and compromise with the regime.

The West and its allies are continuing their attempts to impose the Syrian National Council (SNC) as the official leadership of the revolution.

The SNC is made up of groups of exiles and exerts little real influence on the ground.

In contrast the revolution’s leaders in the LCCs have

reiterated their demands that Assad resign and that all prisoners are released.

Stung by the scale of the Friday demonstrations, the regime relaunched its heavy bombardments on the cities of Homs, Hama, Idlib and Deir el-Zour.

It also attacked scores of villages and towns across Syria.

The lightly armed rebel troops have few weapons capable of matching the regime’s firepower and are withdrawing in the face of the military offensive.

Homs is now a devastated city. Many of its neighbourhoods are destroyed, including the historic centre and the commercial district.

The scale of the repression has reached new bloody levels with growing evidence of systematic massacres.

The Syrian regime now faces an insurgency along five borders, as well as mass popular defiance in all the major towns and cities.

Assad can only maintain his rule by a systematic campaign of mass bombardments.

The Friday demonstrations prove that the revolution is far from over—and that it is seizing any opportunity to show its strength. 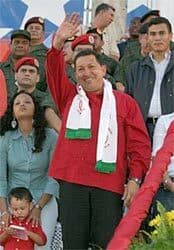