Protests in Bosnia can push back nationalism

“Freedom is my nation”, “We are hungry in three languages” and “Death to nationalism”. With these slogans mass protests in Bosnia show that where workers fight, nationalism can be beaten.

Mass protests broke out on 5 February in the city of Tuzla.

Thousands of employed and unemployed workers took to the streets against factory closures, privatisation, corruption and for unpaid wages.

Police brutally attacked them. Two days later there were protests in over 30 towns. Government buildings were set on fire in Sarajevo and other places.

Workers’ fury is easily explained. Wages are very low and often unpaid. The official unemployment rate is 44.5 percent—and over 60 percent for young people.

Bosnia used to be part of state capitalist Yugoslavia, which was torn apart in 1991-92 when former Communist Party politicians became nationalists.  Yugoslavia became a prize for the US, European Union countries and Russia to fight over.

Between 1992 and 1995 a bloody civil war in Bosnia saw over 100,000 killed. Three nationalist forces—Croat, Serb and Bosnian Muslim or Bosniak—butchered civilians.

Today Bosnia is divided into two “entities” along ethnic lines. These are the Republika Srpska (Serb Republic) and the almost twice as populous Federation (mainly Bosniak and Croat).

The Brcko district of less than 100,000 people is self-governing but part of both entities. The Federation is divided into ten cantons, each with its own government.

Most of the protests have been in the Federation entity but significantly hundreds demonstrated in Banja Luka in Republika Srpska.

On top of all this is the unelected High Representative representing the European powers and the US.

Currently this is an Austrian, Valentin Inzko. He said recently, “If the situation escalates, we might have to think about EU troops”.

People want a new form of democracy. They are organising mass assemblies called plenums all over Bosnia and formulating demands.

These include higher wages, renationalisation, free health care, supervision of judges, an end to nationalist politics and the resignation of the government.

A new government of experts seems to be a popular demand. The alternative—workers’ self-activity across the workplaces—does not yet seem realistic.

This may change. Workers at Sarajevo’s Holiday hotel struck on Friday of last week demanding unpaid wages.  They defied a court strike ban and their employer’s threat to sack them.

Western politicians regularly wheel out the stereotype of “age old ethnic rivalries” to justify intervention in Bosnia. The current protests have smashed that stereotype—that’s why they are so important. 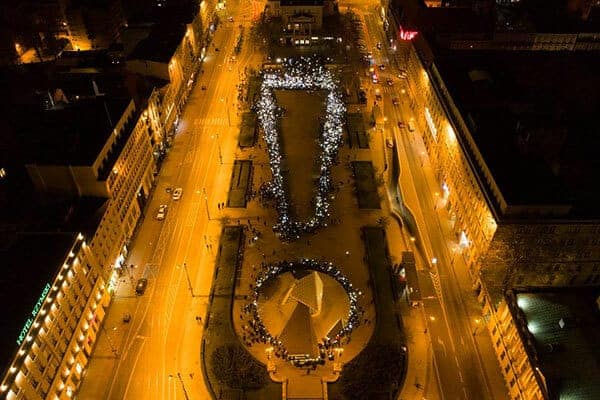