Resisting Russian troops in Ukraine, Russia and Nato countries, without Nato, is vital

Protesters in a major Ukrainian town forced Russian soldiers to release the mayor and leave on Saturday of last week. Large numbers of people marched in the centre of Slavutych, which is under Russian occupation, and defied intimidation by Russian soldiers.

It comes after rail workers in Belarus sabotaged railways to stop supplies reaching the Russian army in Ukraine. A significant proportion of Russian military supplies have been brought into Ukraine via Belarus, which is allied to Russia, since the war began. But action by ­workers has reportedly cut rail links between Ukraine and Belarus by damaging signalling equipment. The action echoes the words of the Belarusian Congress of Trade Unions, which issued a statement against the Russian invasion at the start of the war.

“We want to assure you, dear Ukrainians, that the vast majority of Belarusians, including the workers, condemn the reckless actions of the current Belarusian regime which condones Russian aggression against Ukraine,” it said. Recent action shows how to weaken Russia’s invasion and occupation. While intervention by the West can only bring more war, such action—independent of Nato—can stop it.

Russia has been accused of transporting thousands of people from the destroyed city of Mariupol to its own territory. Russian bombardments and airstrikes on the city have killed thousands of civilians. Some 140,000 people have fled the city—but around 160,000 are still trapped. The Ukrainian government says Russian soldiers in Mariupol are directing civilians onto buses to camps in Russia and Russian-held territory.

Irina, a Mariupol refugee and Red Cross volunteer, told the BBC she and others sheltering in a bunker had been instructed to leave by Russian soldiers for their own safety. She said they walked three miles to a Russian checkpoint.  From there they were taken to the Donetsk People’s Republic breakaway region. “Some elderly people that I know and whom I met at the distribution point did not know where they were headed and what for,” she said.

“They thought they would be able to stay in Rostov, Russia for a couple of months and then maybe come back to Mariupol. Instead, they were taken north to Samara. They said they had no idea what to do there, and the accommodation there is provided only for two weeks.”

Tens of thousands of people marched on a pro-Ukrainian demonstration on Saturday in London that was called by the mayor Sadiq Khan. The demonstration said it was to “stand with Ukraine” against the invasion and support refugees. But it was essentially a pro-Nato march. People marched with placards calling for a no-fly zone—which would mean war between Nato and Russia.

There were huge cheers for a video speech by Ukrainian president Volodymyr Zelensky, who has called for Nato military intervention. And Ukraine’s ambassador to Britain Vadym Prystaiko said there could be no “appeasement of Russia” and “no longer shades or nuances”. The message was that support for Ukraine must also mean support for Nato. 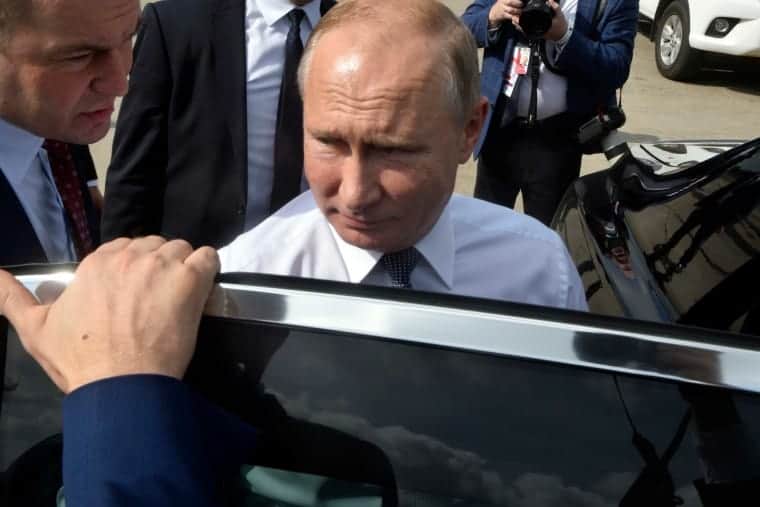 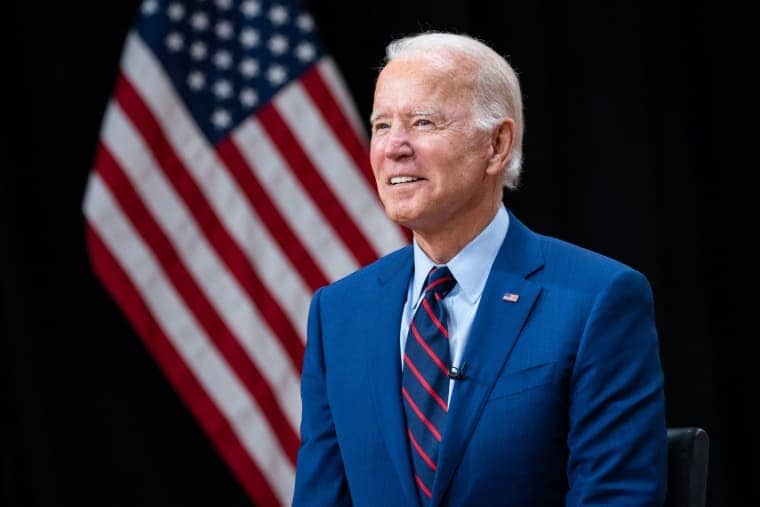 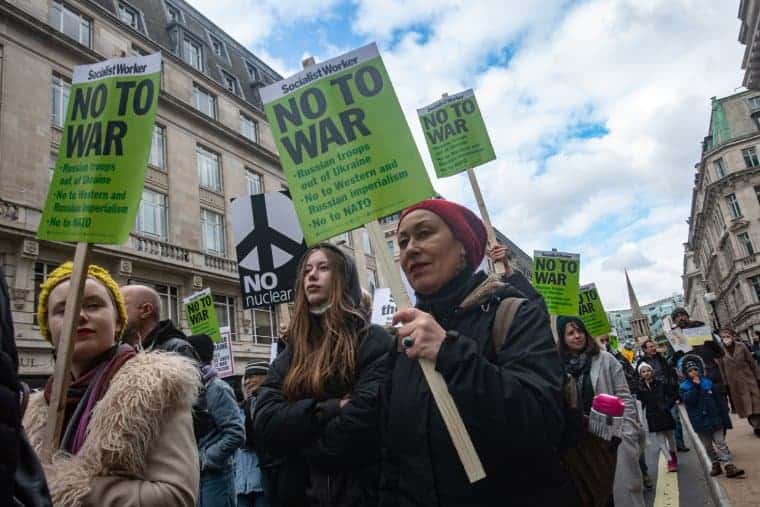