This article is over 7 years, 8 months old
By James Supple in Australia
Downloading PDF. Please wait...
Tuesday 20 May 2014

The first budget of ’s new Tory government has produced widespread outrage and anger. Tens of thousands hit the streets last weekend, with 15,000 joining ’s March in May and up to 25,000 at four days’ notice in at a rally to “bust the budget”.

As at the March in March rallies earlier this year there was also anger against the government over its racist refugee policies, climate change and many other issues.

With the budget, the government has attacked almost everyone at once, raising university fees, cutting pensions and unemployment payments, raising the retirement age and laying out plans for years of escalating fees and cutbacks to welfare, education and health.

At the same time they will cut corporate tax by 1.5 per cent.

Among hundreds of home-made signs at the demonstrations Prime Minister Abbott was branded as “Phoney Tony” and “the lying King” after he promised no cuts to education and health before the election.

“You’re a liar, a wrecker and a divider of our country. You would have said anything and done anything to get into power.” Sally McManus from the Australian Services Union told the crowd in , before leading a chant of “one term Tony”.

The Abbott government was already hugely unpopular, having plunged in the polls since it was elected only six months ago. Now they’ve plunged even further.

The Treasurer was heckled and laughed at while appearing in front of a live audience to answer questions on the budget.

More than ever, there is real chance to force Abbott out and make his government a one-term wonder. So far the unions have done very little to build the protests against the Abbott government.

Whether they can be pushed to begin to mobilise and deepen the scale of the protests will be decisive. 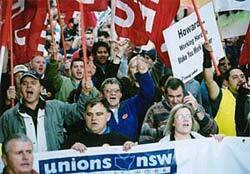 Australians on the offensive to stop anti-union laws 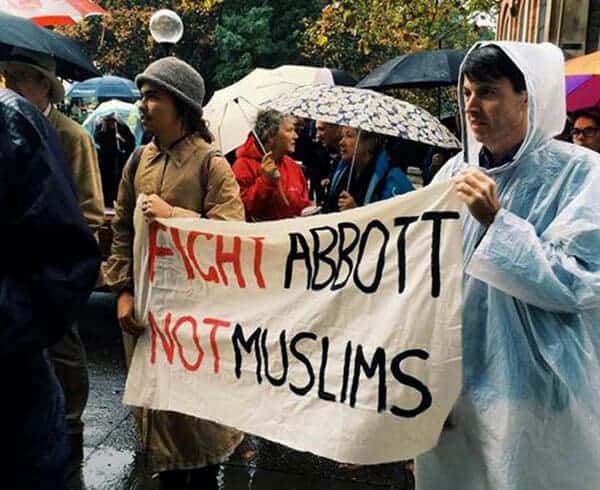