An attempted right wing takeover of the Venezuelan state has thrown the country deeper into crisis.

Juan Guaido announced himself as the “interim president” on Wednesday in front of an anti-government rally. It was the anniversary of the 1958 overthrow of the dictatorship of general Marcos Perez Jimenez.

No sooner had that happened than the messages of support came flooding in from right wingers across America, from Brazil’s Bolsonaro to US president Donald Trump.

Trump’s statement read, “I will continue to use the full weight of United States economic and diplomatic power to press for the restoration of Venezuelan democracy. We encourage other Western Hemisphere governments to recognise National Assembly President Guaido as the Interim President of Venezuela”.

Taking their cue from the racist US president, Western leaders rallied behind Guaido.

But the episode may prove to be a lesson in the limits of US power. On Thursday both Russia and China backed president Nicholas Maduro. 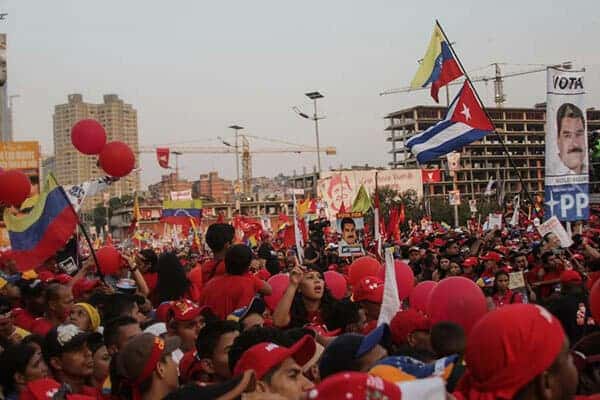 Does the crisis in Venezuela show that socialism can’t work?
Read More

For all the US and all the other imperial powers looking to carve up Latin America, at the bottom of the list of considerations lie ordinary Venezuelans. Near to the top is the prize of access to Venezuela’s vast oil reserves—the largest in the world.

The US is considering banning imports of Venezuelan oil to accelerate the country’s economic crisis. Banning the sale of products to treat the heavy crude oil Venezuela produces would have a similar effect.

That economic crisis has led to hyper-inflation and skyrocketing poverty.

Around 90 percent of Venezuelans live in poverty by the country’s own measures. Some three million have fled the country.

Venezuela’s rich and their imperial backers have always ruthlessly exploited the country’s people.

When Hugo Chavez came to office in 1998 he implemented some pro-poor reforms. But he backed down from challenging the rich too directly, leaving their wealth and control of swathes of the economy and the media intact.

When oil prices fell, a clash was inevitable with the right.

Current president Nicholas Maduro has opposed the right but also attacked ordinary people. This has made coups and intervention easier.

“Violence is the usurper’s weapon,” said Guaido on Wednesday. “We have only one clear action, to remain united and firm for a democratic and free Venezuela.”

His move is designed to increase unrest, not decrease it.

Maduro responded to Trump’s declaration by ordering all US diplomatic staff out of the country within 24 hours. Guaido countermanded the order. The US responded by saying it would not remove its diplomats, effectively challenging Maduro to make a move against them.

This also sets up a diplomatic incident which could grant them the pretext for military intervention.

Key to the success of the coup is the position of the Venezuelan military. Maduro has been careful to enrich the top layers of the military in an attempt to cut off moves within it to depose him.

There are some signs this strategy is in danger of coming undone. On Monday, 27 national guards were arrested after allegedly planning an uprising.

Marco Rubio came out in support of a potential military coup. “We must support those members of military in Venezuela who have announced they will defend the constitution and recognise Guaido as legitimate interim President,” he tweeted.

Venezuela is held up as an example of how socialism will never work.

But this is an example of how compromises with the ruling class lead to long-term disaster.

When Chavez was faced with a coup he was saved by mass popular mobilisation. This is the only way to beat back the right, but it will be much harder because Maduro has not implemented policy to inspire working class resistance. 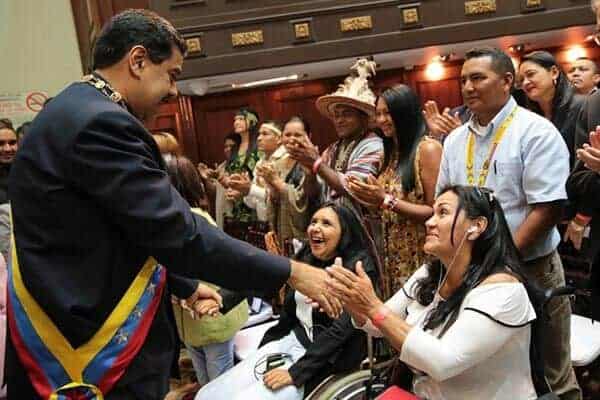 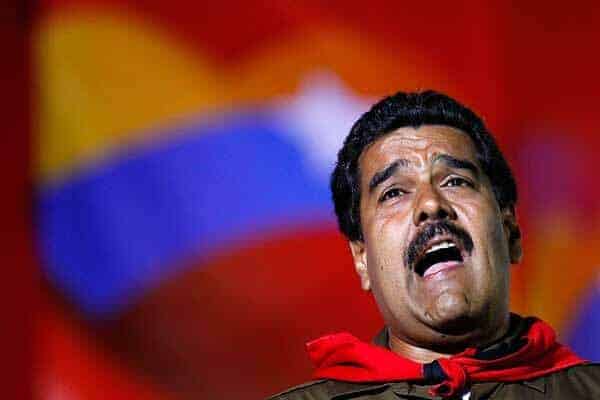