Socialists have to oppose their own ruling class and imperialism as a whole
By Denis, Socialist Tendency, Russian Federation
Downloading PDF. Please wait...
Saturday 26 February 2022 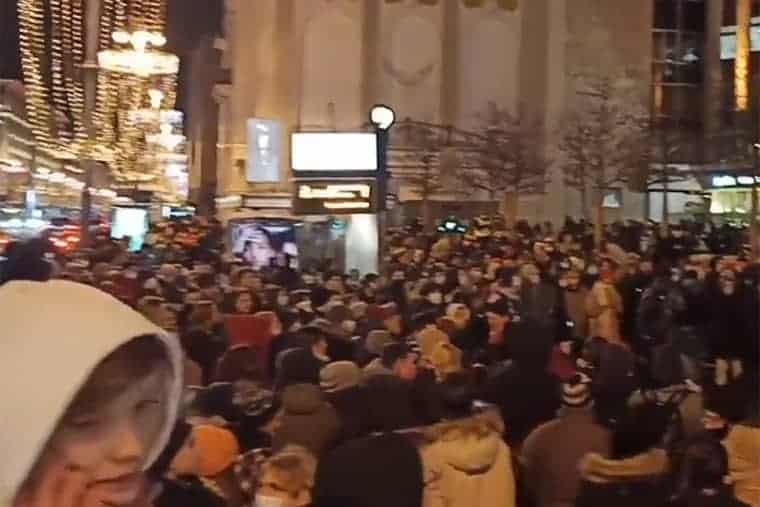 Russians protest against the war in Ukraine on Thursday in Moscow

On the very first day of the Russian invasion of Ukraine, thousands of protesters who opposed the war took to the streets.

They opposed the policies of president Vladimir Putin and condemned the full-scale attack on Ukraine. They held protests in about 50 cities across the country—and police detained about 1,800 activists. In Moscow alone, 500 people were detained. Detentions were carried out with cruelty and sadism.

There were also individual acts of desperation. For example, a young girl threw a home-made Molotov cocktail into the police ranks. And although not a single member of the law enforcement agencies was injured, a criminal case was opened against a 22-year-old woman. In almost all the cities where the protests took place, socialist activists who came out to oppose their “own” government in the imperialist war were detained.

Despite the fact that the bulk of the protesters put forward abstract demands to “stop the war”, the task of Marxists and revolutionary socialists is to direct the protest into the mainstream of the class struggle.

They have to try to turn the imperialist war itself into a civil war with the help of agitation and propaganda. The great proletarian revolutionary Vladimir Ilyich Lenin said the following about the tasks of the revolutionaries in the First World War:

There is an important difference from the situation in 2014. The difference here is that eight years ago, the vast majority of Russian society directly and openly supported the occupation of Crimea and the creation of puppet “Luhansk and Donetsk People’s Republics” by Russia.

Now the situation is different—it is clear that a significant part of society opposes the war, society itself is split. The split is not two equal groups, but there are two camps—those who support aggression to one degree or another, and those who one way or another oppose it. 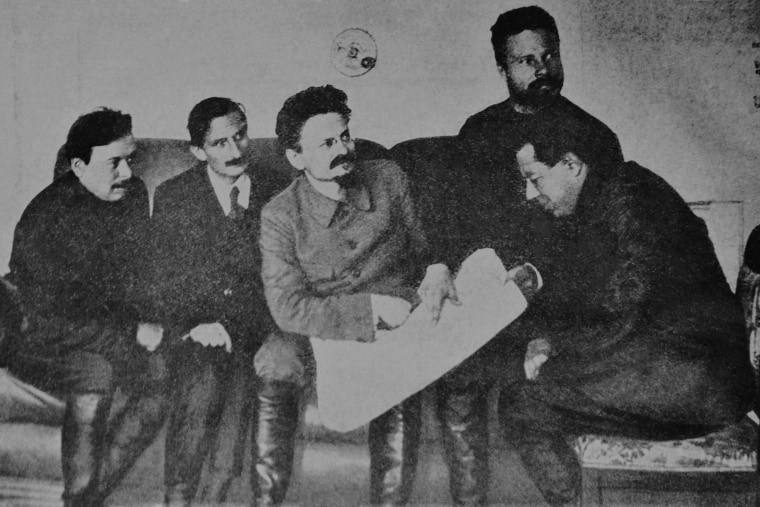 Ukraine — a history of war and repression
Read More

This is a big step forward for the conservative Russian society. This means that the protests will be massive and will continue either until the war is over, or until Putin’s secret police repress all the most active participants in the protests and intimidate the rest.

This, in turn, means that the socialists and Marxists have room for agitation and propaganda for the transformation of the national war into a class war. Socialists are obliged to use that space, and we will definitely use it.

With socialist solidarity from Russia! No war but class war! No war between peoples—no peace between classes! Freedom for peoples, death to empires!

On 24 February, the Russian ruling class carried out a full-scale armed invasion of Ukraine with the help of its army. Since then the bombing of Ukrainian cities throughout the country has continued. The civilian population has been forced to hide in makeshift bomb shelters and there are casualties among civilians, including children.

The goal of the invasion is twofold: firstly, the recognition of a “neutral” status for Ukraine, that is, an official refusal to join Nato. Secondly, the need for Russian capitalists to increase the export of capital to Ukraine and to dominate it again economically.

It is also important to understand that the armed aggression of Russian imperialism did not begin in 2022—it has just entered a new, full-scale stage.

The Russian invasion began in 2014 with the occupation of Crimea and organising, arming, and sponsoring an uprising in eastern Ukraine. This saw the creation of the puppet so-called “Donetsk and Luhansk People’s Republics”. What is happening now is a direct continuation of the events of 2014.

But it is a mistake to assume that the Russian Federation is solely responsible for instigating this war in Ukraine. Since 2014, Western imperialism’s collective capital has dominated in Ukraine. Cannibalistic neoliberal reforms are being carried out under its orders, the economy is degrading, the people’s social measures and rights are being reduced and land sell-offs have been opened up. 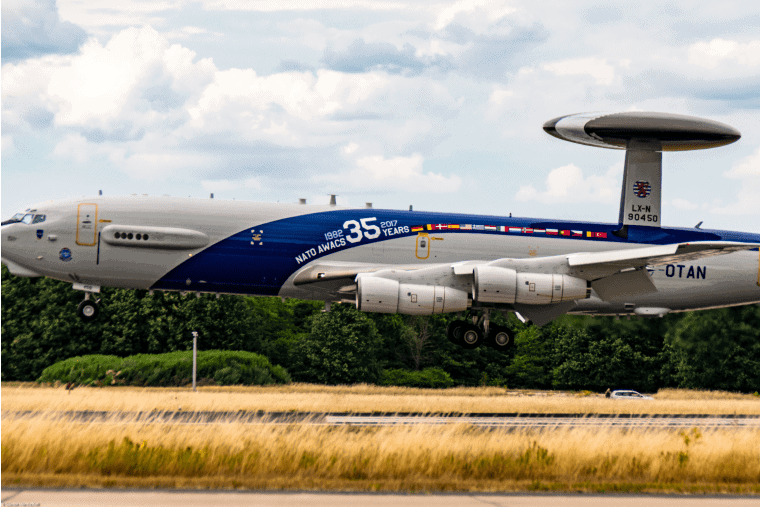 Nato has been actively sending its troops to eastern Europe and conducting military exercises there, which also increases the escalation.

Therefore it becomes clear that the Ukrainian crisis is a consequence of the inter-imperialist confrontation between the two imperialist camps—the Russian Federation and Nato.

The leftist forces and movements in the imperialist countries must put on their agenda the task of resisting “their” imperialist government. As German revolutionary Karl Liebknecht said, “The main enemy is at home.”

But this should not mean that the imperialists from the opposite camp can play any progressive role in this. In addition to “one’s own” government, it is necessary to criticise and oppose imperialism and imperialists in general, regardless of who is competing with whom at the moment.