This article is over 9 years, 6 months old
Egypt’s Revolutionary Socialists have issued this statement on the latest strikes in Mahalla
Downloading PDF. Please wait...
Wednesday 18 July 2012

Once again the Mahalla workers have declared a strike. Let us not forget that their great strikes in December 2006 and September 2007 and their struggles in February and April 2008 were the sparks which ignited the Egyptian revolution.

The Mahalla workers who went on strike to demand a share of the company’s profits did not forget other Egyptian workers. Along with their colleagues in the textile sector, they called for the removal of the director of the holding company for spinning and weaving.

He is responsible for the losses at the factory in Mahalla and for the suffering of all Egypt’s textile workers. They did not forget other workers, so they demanded a minimum wage of 1500 Egyptian pounds (£160) a month to guarantee workers a minimum standard of living.

The Mahalla workers’ fight is a battle for workers across Egypt who are rising up across the country, from Alexandria through Daqahiliyya to Sadat City. Their victory will be the beginning of victory for all Egyptian workers.

The Mahalla strike reminds us that a year and half after participating in the revolution, workers are still to receive the most basic rights. Those who were quick to grab the spoils of the revolution ignore the rights of workers and their demands. This is why Egyptian workers must take the lead and organise themselves to win their rights.

Solidarity with the Mahalla workers! Organise protests, solidarity delegations and messages of support for their struggle to win their legitimate rights:

The Revolutionary Socialists support the Mahalla workers in their legitimate demands and call on Egyptian workers to join the fight for these rights. We call for a struggle to ensure they are included in the new constitution by having genuine representation in the Constitutional Drafting Commission.

Long live the struggle of the working class!

Statement published by Egypt’s Revolutionary Socialists on 15 July. Thanks to Anne Alexander for this translation. The original Arabic article is online at e-socialists.net/node/8913

You can send messages of support to the Mahalla workers via the MENA Solidarity Network. Email [email protected] or go to menasolidaritynetwork.com 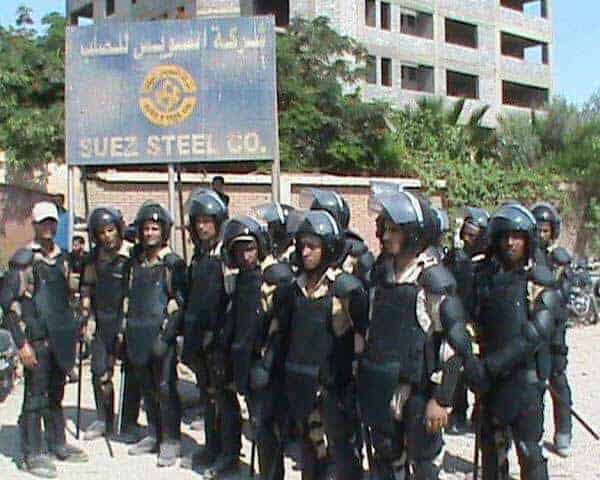