This article is over 3 years, 8 months old
But it comes alongside another election breakthrough for the far right, says Tomáš Tengely-Evans
Downloading PDF. Please wait...
Tuesday 16 October 2018

A mass demonstration against fascism in Berlin last Saturday showed the potential to push back the far right.

The racist AfD party is making repeated gains in German elections and anger against the Nazis is growing.

Around a quarter of a million people joined the “Unteilbar” (indivisible) march in the capital. The call for the march said, “A dramatic political shift is taking place—racism and discrimination are becoming socially acceptable.

“What yesterday was considered unthinkable and unutterable has today become a reality.”

It came through a broad-based mobilisation of the left, unions and the wider anti-racist movement.

“It is the climax of a series of ­previous anti-racist marches—another big push.”

The march has demonstrated the potential to break the Alternative for Germany (AfD), confront racism and to mobilise the anti-racist majority in Germany.

The Aufstehen movement, which concedes to anti-migrant feeling, did not back the demonstration.

The demonstration took place at a vital moment. Last weekends’s election in the southern German state of Bavaria gave the AfD another breakthrough.

It grabbed just over 10 percent of the vote and came third in the first election it contested in the state.

The AfD is increasingly dominated by open fascists and was part of a violent pogrom against migrants and left wingers in Chemnitz last month.

It ran a viciously racist campaign against Muslims and refugees, with one of its posters calling for “Islam-free schools” to protect “German culture”.

Mainstream conservative politicians parties responded by trying to outflank the party to the right.

The conservative CSU party—which has ruled Bavaria almost continuously since 1945—suffered its worst result in 60 years. Its share of the vote tumbled from 48 percent to 37 percent.

The CSU is the Bavarian sister party of chancellor (prime minister) Angela Merkel’s CDU, which operates in the rest of Germany.

Similarly the Labour-type SPD saw its vote collapse to below 10 percent and sink from second to fifth place behind the AfD.

It has been discredited by being part of a “grand coalition” alongside Merkel’s conservative bloc.

There is a real possibility that the government could collapse—which could see the AfD make further electoral gains.

The Greens doubled their vote to 17 percent standing on a platform that was in some ways to the left of the SPD.

But they have never been anti-capitalist and have offered to go into coalition with the CSU.

The Bavarian election results are a warning about how ­state-sponsored racism fuels the far right. 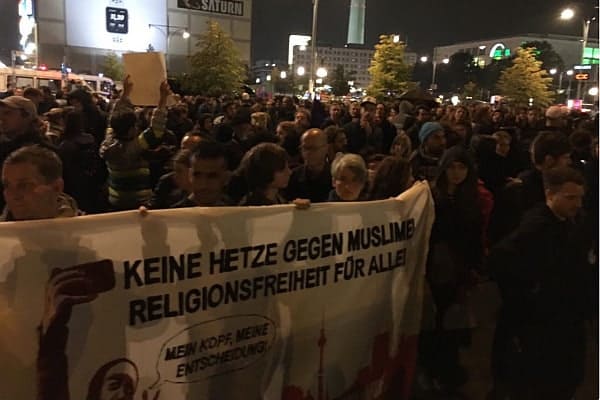 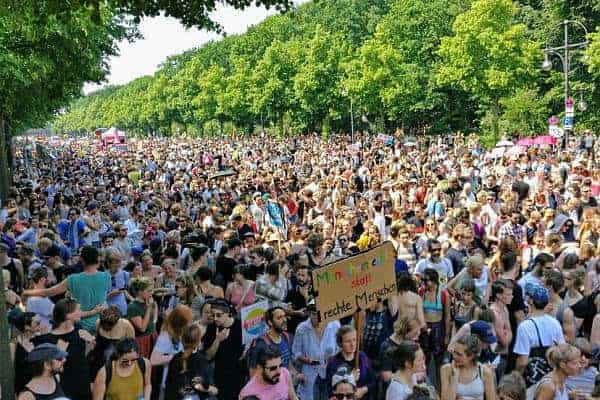 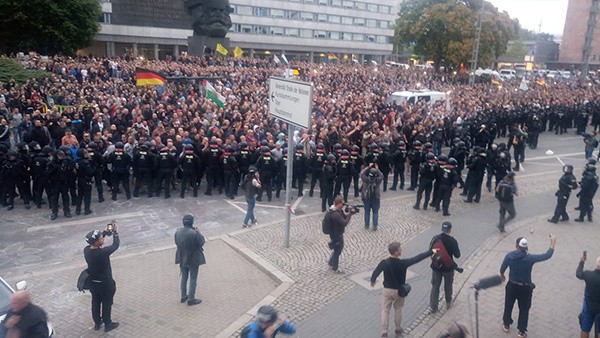 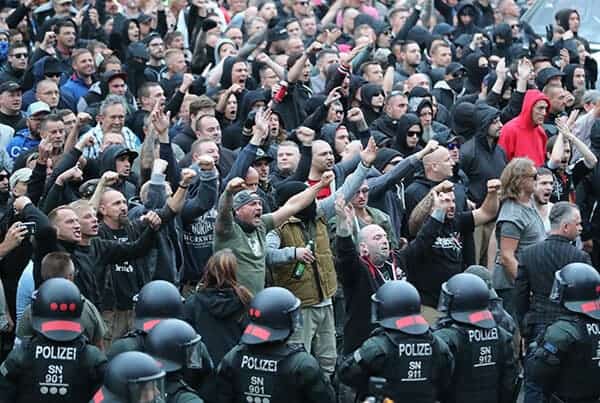 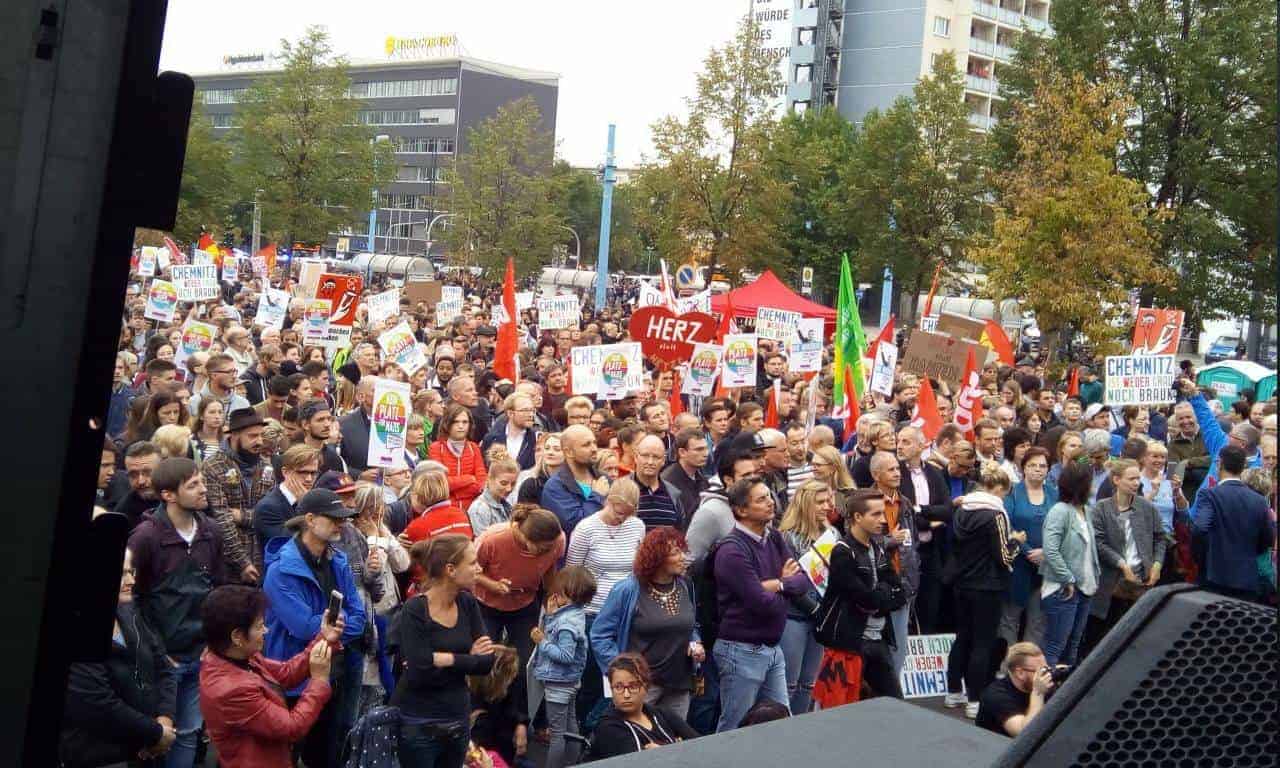 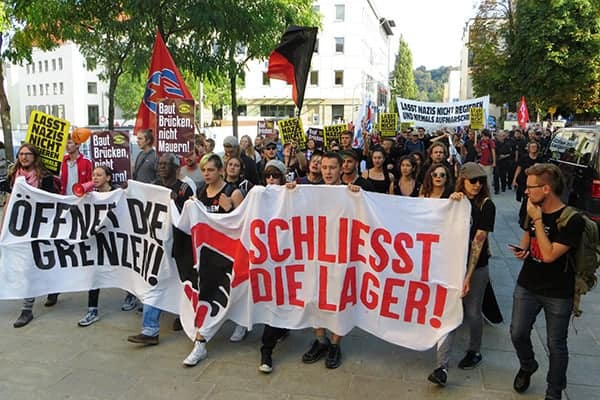 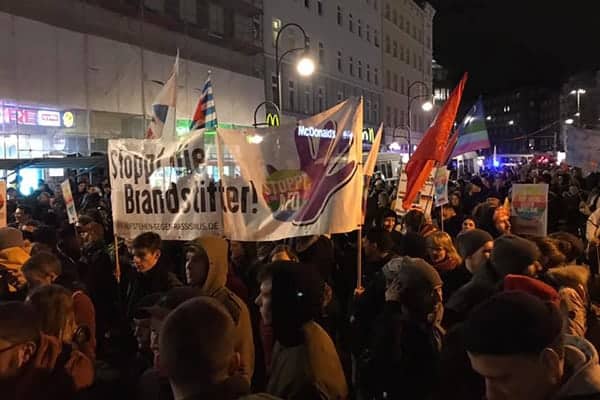