More than 30,000 striking miners at the Amplats platinum mine near Rustenberg in South Africa rejected the firm’s latest pay offer last Saturday.

The firm had offered a one-off payment of 4,500 rand (£325) and an agreement to negotiate on wages next year. The workers are demanding a rise of 4,500 rand a month.

Management said the offer would lapse if workers did not return to work on Monday morning. Previously it had sacked 12,000 of the striking miners.

Strike leader Evans Ramokga said, “The strike continues. We are not happy with the conditions on the offer like the final warnings and threats of disciplinary actions for dismissed workers.”

Between 10,000 and 12,000 workers attended a strike rally at the football stadium in Rustenburg on Saturday. Workers from other mines joined the Amplats strikers, including ones from Lonmin’s Marikana mine, where workers won a major increase when their strike fought on despite a police massacre.

A representative from Numsa, the Cosatu-affiliated metal workers union spoke at the rally in support of the strike.

This was significant. The Cosatu trade union federation has remained largely hostile to the recent unofficial strike wave across South Africa.

Amplats striker Tumi Moloi will be speaking at the Unite the Resistance conference in central London this Saturday 17 November.

To hear Tumi Moloi and others, book up for the Unite the Resistance conference at uniteresist.org 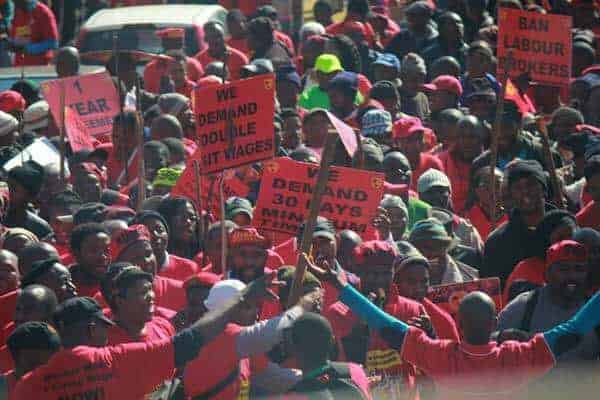 Mali is the next stop for the World Social Forum 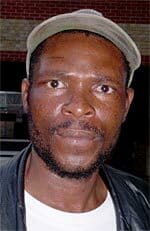