This article is over 9 years, 8 months old
As workers in Spain prepare to strike, Miguel Sanz looks at how the indignados movement has radicalised unions
Downloading PDF. Please wait...
Tuesday 23 October 2012

Next month’s general strike, set to take place on 14 November, will be the second against the government of conservative Mariano Rajoy, after 10 million workers came out on 29 March.

Since then attacks on workers’ rights and living standards have continued. The latest budget cut public spending in some sectors by 20 percent—on top of massive cuts begun by the previous government in 2010.

Public sector workers have lost around a fifth of their wages since 2010. The latest cuts reduce unemployment benefit and eliminate state-guaranteed wages for workers at companies in difficulty.

Unemployment stands at 25 percent and there is no end in sight for the recession. More than £30 billion has been put aside to pay government debt. That’s more than a third of its spending. But the government has declared a tax amnesty for companies that owe massive amounts to the state.

Sections of the unions and social movements have continually called for another general strike—in particular the 15M movement of “indignados”.

Leading up to the strike of last March, the involvement of the 15M meant that many pickets and demonstrations were particularly militant.

Picket lines were radicalised by the presence of young activists who had occupied public squares, taken part in mass assemblies and clashed with the police.

The strike was a big success, despite the fear created by the high level of unemployment. But the leadership of the two main union federations didn’t push their advantage home against the government.

In recent months it has become common to hear complaints in workplaces about “token strikes” and for the need for more militant forms of protest. Many workplace militants are tired of the union bureaucracy’s moderation.

There is no direct link between unions and the indignados movement. But many workers have been attracted to a movement that has fought while their own leaders have stayed passive. And since the summer there have been a series of mobilisations that have pressed union leaders to take action.

Just last week up to 100,000 students marched in Madrid, following a national three-day student strike against education cuts. The high point so far has been the massive protest outside parliament on 25 September.

All this points towards an even stronger fusion between workers and the 15M movement for the November general strike.

Rajoy’s government is increasingly isolated. Its support in opinion polls has collapsed. Recent elections in the Basque Country and Galicia saw the radical left’s vote increase. Even in its stronghold of Galicia, Rajoy’s party lost 170,000 votes.

And in the same month as the strike there will be elections in Catalonia, where a million people marched for independence last month.

So far only the Spanish banking system has been bailed out, but in the coming weeks a “full bailout” of the Spanish state is expected from the European Union.

Many commentators fear that this means Spain will follow Greece. But for Spanish workers, Greece is an inspiring example of resistance and radicalisation. The strike on 14 November can be a massive step in defeating austerity in Spain—and throughout Europe.

Miguel Sanz is an organiser for the SAT union in Seville 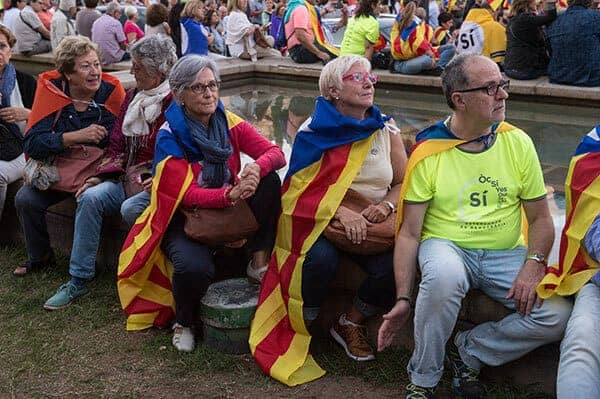 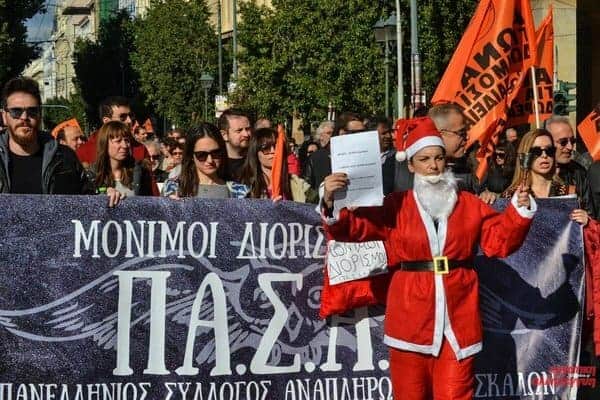 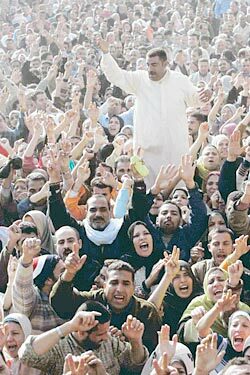