Statement by the Egyptian Revolutionary Socialists: on terrorism and closing the nation’s ranks

This article is over 6 years, 5 months old
A new statement and discussion document by the Revolutionary Socialists (RS) in Egypt has broken into the Egyptian mainstream media. We republish the statement in full.
Downloading PDF. Please wait...
Thursday 30 July 2015

A new statement and discussion document by the Revolutionary Socialists (RS) in Egypt has broken into the Egyptian mainstream media.

This is highly unusual as critical voices challenging the official narrative of the “war on terror” rarely get a hearing.

The statement and document call on the left opposed to the military dictatorship in Egypt to work alongside the young Islamist activists facing the brutal crackdown of Abdel Fattah el-Sisi’s military regime.

They argue that seeing Islamist forces as “counter-revolutionary” is paralysing the left and playing into the hands of the regime.

El-Sisi seized power in the coup of July 2013 in order to crush the revolutionary movement that began with the overthrow of dictator Hosni Mubarak in 2011.

El-Sisi has used assaults by armed Islamist militants in Sinai as a pretext for further attacks on the Muslim Brotherhood.

Leading Brotherhood members were gunned down by the security forces on 1 July this year, while the pro-government media has echoed his call for quicker executions of convicted Brotherhood leaders.

The RS statement and document have been widely debated, prompting comments and analysis in several national newspapers and on TV.

Muslim Brotherhood-affiliated media, such as the internet news service Rassd which has an audience of millions on Facebook, have responded positively to the RS initiative.

Statement by the Egyptian Revolutionary Socialists: on terrorism and closing the nation’s ranks

Perhaps the reactions to the latest wave of terrorist operations, and in particular those targeting army positions in Sinai, have confirmed the scale of crisis in the ranks of the Egyptian opposition.

The regime’s response was clear and forthright: the wholesale adoption of exceptional laws in order to strengthen the iron fist of the security apparatus and the unleashing of a new wave of repression, killing, assassinations and torture targeting all who fail to express complete agreement with the narrative of the events confected by the secret police.

Anyone who opposes the regime when it is in a state of “war on terror” is considered a traitor and terrorist. “Anyone who is not with us is against us.” There is a direct line here from George Bush and his wars on Afghanistan and Iraq to Abdel Fattah el-Sisi and his open and expanding war on the Egyptian people and their revolution.

This is all perfectly logical. Every dictatorship uses terrorism as an excuse to increase repression to create a state of national panic and hysteria across the widest sections of the masses in order to force everyone to close ranks behind the dictator.

However this hysteria extends to liberal and leftist opponents of the regime, who at least in theory are opposed to Sisi’s coup and his counter-revolution, and this is creating surprise and disgust.

There are those who have stood clearly with the regime from the first instant, condoning all the crimes committed on the excuse of fighting terrorism or out of fear of the Muslim Brotherhood.

These people threw themselves without hesitation into the arms of the military and counter-revolution from the beginning, even if they have occasionally criticised some of the excesses of the security forces, particularly against those outside the ranks of the Muslim Brotherhood.

They reject both the military Mubarakist faction and the Muslim Brotherhood faction. They attempt to maintain the same distance from both warring factions, imagining that they can ignore their battles and build a third alternative which is capable of opposing the military regime’s policies and repression, while also resisting the Islamist opposition, thus conflating different kinds of Islamist movements and different forms of opposition, whether violent or non-violent.

Thus bloody terrorist attacks in Sinai and a peaceful protest in the village of Nahia become simply two different expressions of counter-revolutionary Islamist obscurantism, no less dangerous than the current military dictatorship.

This third way appears on the surface to oppose the regime. But at a practical level and in terms of its content, in reality it supports the military.

In the face of the latest terrorist attacks the ranks of the third way have crumbled, with many of its proponents showing that they are united with the state against the threat of our real enemy, ISIS!

They repeat the demagoguery of the regime’s mouthpieces, weeping over the soldiers killed in Sinai at the hands of treacherous “religious fascism” while not uttering a word over the murder of peaceful protesters after Eid prayers.

Once again, we the Revolutionary Socialists confirm our rejection of terrorist operations, because they increase the power of our principal enemy, the military dictatorship which is leading the counter-revolution.

Terrorist attacks are a propaganda coup for defenders of the regime, who use them to justify all its crimes against the masses and everything which represents the revolution. We reject terrorism, even when it is directed at the symbols of the regime because it increases the power of the regime and sends a disastrous message to the masses: “there is no need for your strikes and sit-ins!”

For this reason we utterly oppose all forms of terrorist action.

At the same time we do not forget for an instant that the strongest and most dangerous form of terrorism is the terrorism of the military dictatorship.

The road to getting rid of ISIS and its like is not through closing ranks with El-Sisi’s state, which is Mubarak’s state. Nor does it mean taking a neutral stance towards the battles between the state and the terrorist movements, which is either just naive or in most cases complicit with the state.

The only revolutionary road is to revive the weapons of mass struggle through strikes, sit-ins and protests against the corrupt military dictatorship which will bring us nothing but poverty, repression, violence and terrorism.

Following the reaction to this statement, the Revolutionary Socialists have released a further dicussion document. See: global.revsoc.me/2015/07/on-the-counter-revolution-and-the-islamists-an-invitation-to-open-discussion/
Join the campaign against Sisi’s planned visit to Britain later this year: egyptsolidarityinitiative.org/sisinotwelcome/ 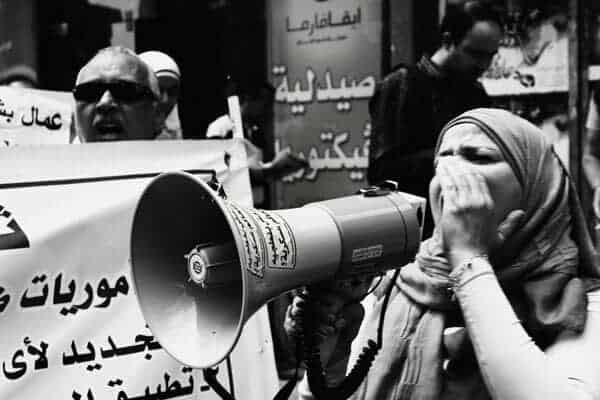 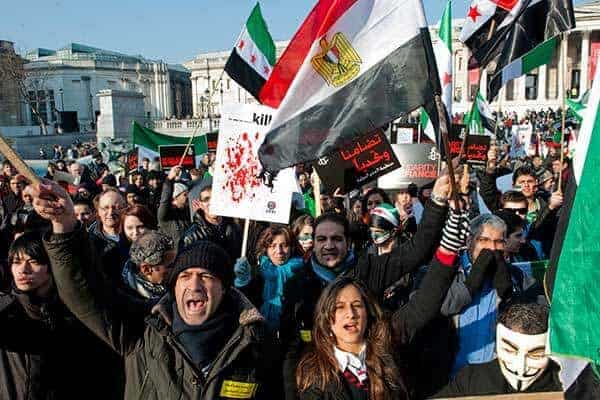